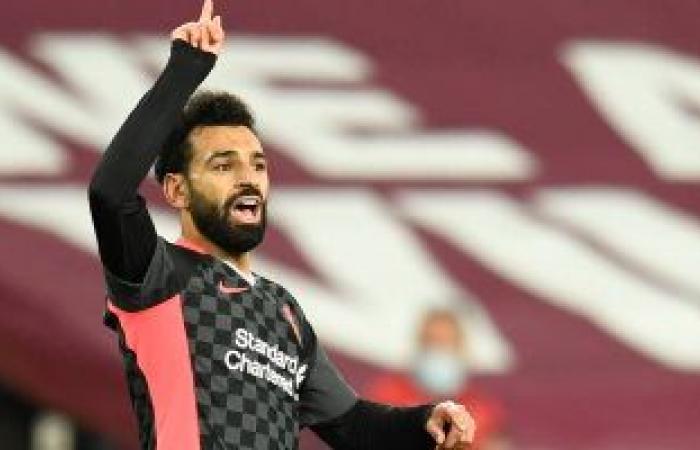 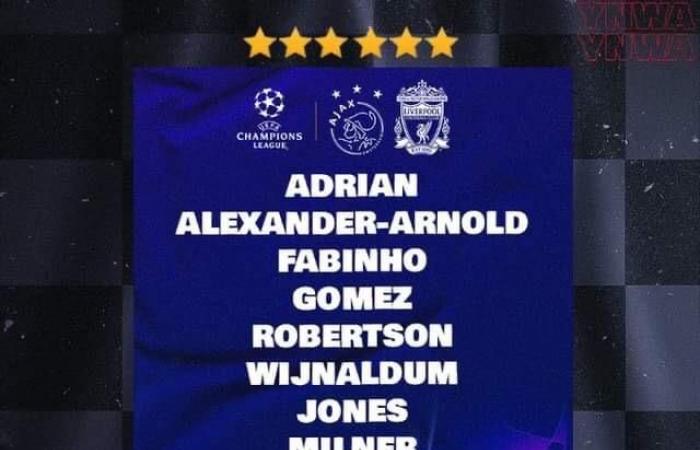 Liverpool coach Juergen Klopp announced the formation of the Dutch Ajax Amsterdam match at the “Johan Cruyff Arena” at 9 pm today, Wednesday, in the first round of Group Four of the group stage of the new season of the 2020 European Champions League, and the presence of the Egyptian star Mohamed Salah at the helm Reds formation in the face of today.

He did not taste the taste of defeat in the last 13 meetings against the Dutch teams, although the English team is a heavy guest over its Dutch counterpart, as it enters this confrontation with full force, looking for the first victory to give the impression that it is coming with all strength, to compete for the title and return again To the podiums of the coronation, and to provide everything he has to reach it again, but he will play today’s match, missing one of the most important elements of his defense, after the Dutchman, Virgil Van Dyck, severed the cruciate ligament, and announced his absence for a long time.

While Ajax Amsterdam, who did not succeed in crossing the group stage in the last tournament, and came out of this same role in third place in his group, seeks to return to competition for the title again, and to provide a distinguished performance since the start of the tournament.

These were the details of the news Mohamed Salah is a key player with Liverpool against Ajax …... for this day. We hope that we have succeeded by giving you the full details and information. To follow all our news, you can subscribe to the alerts system or to one of our different systems to provide you with all that is new.