317 kg man is removed from apartment on crane 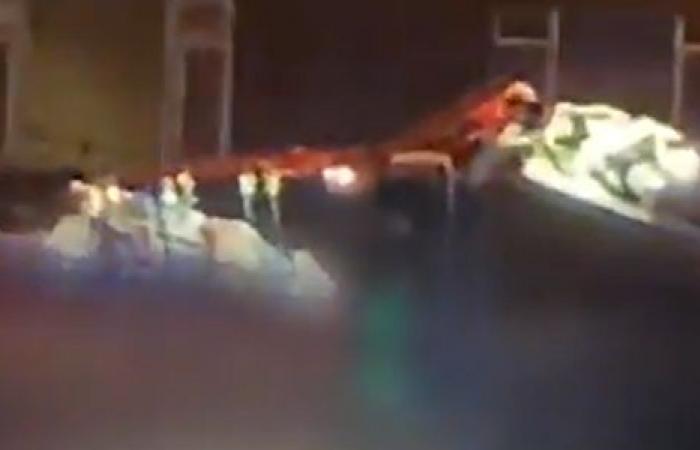 Jason Holt is considered ‘the fattest man in Britain’. The man gained a lot of weight after developing an addiction to food from delivery apps and saw his weight soar to 317 kilos. The 30-year-old man’s bodily health barely allowed him to move, so he had to be lifted out of the 3rd floor window during an operation that lasted 7 hours in order to leave the house and go to a hospital.

“I ate to a point where I was suddenly unable to move an inch,” says the 30-year-old man who spent five years without leaving home.

A crane was needed to lift the man out of bed and take him to a specialized clinic to treat one of lymphedema – a chronic disease that causes water retention and swelling – in the groin and legs.

More than 30 firefighters took part in the 7-hour operation earlier this month to get Jason out of the apartment. He says that there was a risk of fainting in the withdrawal process, but that everything went well. “It was incredible because it was the first time in six years that I felt fresh air.”

The building was also at risk from the withdrawal operation. Structural engineers raised props downstairs, fearing the roof would collapse if Jason fell.

Jason became the fattest man in Britain in 2015, when Carl Thompson, the man who had this “title” previously died. Carl passed away weighing 430 kilos at the age of 33.

Jason’s mother Leisa said she was concerned about the health of her only son. “I am afraid for him and I am afraid of losing him. The doctors said he will not last another five years. He will end up having a heart attack,” he said.

Jason survives on benefits and never worked. He receives £ 197 per week of Employment Aid and £ 112 per week of Personal Independence Payment, totaling a value close to R $ 2,260 per week.

These were the details of the news 317 kg man is removed from apartment on crane for this day. We hope that we have succeeded by giving you the full details and information. To follow all our news, you can subscribe to the alerts system or to one of our different systems to provide you with all that is new.