‘Starman’ was racing past Mars in his rapidly decaying Tesla Roadster 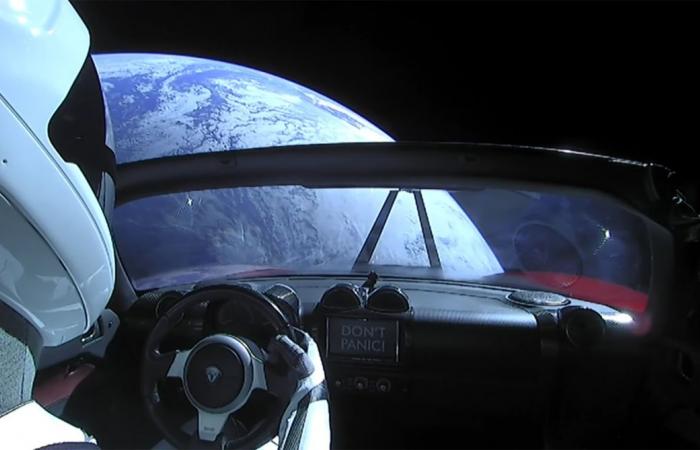 Starman – the dummy that drives a cherry-red Tesla Roadster through space – has ever come closest to Mars.

This electric convertible with its mannequin passenger was screwed to the top of a Falcon Heavy rocket as a stunt during the first test launch of the SpaceX rocket on February 6, 2018 as a cherry red sports car at its peak, its second voyage around the sun. Jonathan McDowell, a Harvard astrophysicist who tracks space objects as a side project, found that Starman was 7.4 million kilometers from Mars on October 7 at 2:25 a.m. ET. That’s roughly 19 times the distance from Earth to the Moon and 35 times closer than anyone on Earth got to Mars.

(According to the World Atlas, the closest approach between the two planets most recently in 2003 was 56 million km (34.8 million miles), although the planets are often several hundred million miles apart.)

Related: 8 Ways You Can See Einstein’s Theory Of Relativity In Real Life

Nobody can see the top tier of the Falcon Heavy at its current distance. And the strange, beautiful images that once shone on the earth have long since ceased. However, orbits over periods of several years are fairly easy to predict, and McDowell used data on how the rocket moved as it left Earth’s gravity behind to determine its most recent movements.

The roadster-carrying rocket stage is on an asymmetrical orbital course that leads to 1.66 times the distance between Earth and the Sun at one end of its migration – beyond Mars orbit – and again within Earth orbit at the other end. 0.99 times the distance of the earth from the sun.

The last time Starman orbited the sun, McDowell said, it crossed the orbit of Mars while the Red Planet was quite a distance away. But this time the crossing was pretty close – although it was still not close enough to feel a strong pull of Martian gravity.

If you were to look at the roadster at this point, it would likely look very different. As Live Science reported in 2018, the harsh insolation between planets would likely have destroyed any exposed organic materials (red paint, rubber tires, leather seats, and the like) and broken the carbon bonds that hold them together. And without the protective atmosphere and the magnetic shielding of the earth, even the robust plastics in the windshield and carbon fiber materials would dissolve. Over the course of decades or centuries, the car should be reduced to its aluminum frame and the most sturdy glass parts – provided none of them are destroyed on impact with passing space rocks.

These were the details of the news ‘Starman’ was racing past Mars in his rapidly decaying Tesla Roadster for this day. We hope that we have succeeded by giving you the full details and information. To follow all our news, you can subscribe to the alerts system or to one of our different systems to provide you with all that is new.