Pieces of the asteroid Benu are on their way home 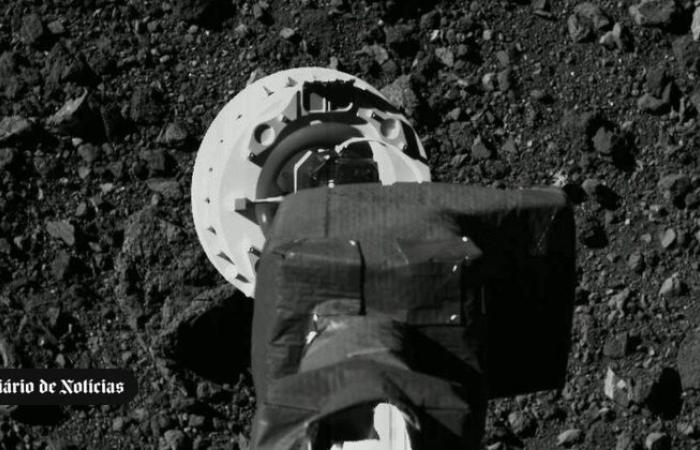 It is another space success for NASA, and another step to better understand the origin and history of the solar system and, who knows, the very life that one day appeared on the third planet from the Sun.

It happened this Tuesday, it was already night in Portugal. 321 million kilometers from Earth, and delivered to itself, as it had previously been programmed for this purpose, the OSIRIS-Rex probe briefly grazed the asteroid Benu and managed to collect fragments and dust from its surface in a few seconds.

The objective was to obtain 60 grams of soil samples from the old asteroid, but only within a week will it be known exactly what portion the probe was actually able to collect. If the samples obtained are found to be insufficient, the mission team will attempt a second dive to obtain more material from the asteroid’s soil, but will choose a new location to do so.

In any case, this is already a milestone in the history of space exploration, alongside the Japanese mission Hayabusa2, which last year collected for the first time dust and material from an asteroid, Ryugo, and whose arrival on Earth is already scheduled for December .

After the reckless descent of the OSIRIS-Rex probe to the surface of Benu, whose commands were already programmed and which, for the team waiting at the mission control center, constituted an anxious wait of almost five hours, the probe moved away quickly of the target, and returned to a safe orbit around the asteroid.

That is where it will stay for a while now. If it is not necessary to repeat the sampling, the probe will then prepare to return home, with its precious treasure on board. Their arrival is scheduled for September 24, 2023.

In the samples from Benu’s ground, scientists will look for new answers about the origin and history of the solar system, since asteroids, by their nature, preserve the memory of that distant past: the materials they are made of are a kind of untouched relic of that past.

In these fragments of the astroid Benu, scientists hope to also find new clues about how water and life combined on Earth so that life could arise and flourish here.

Benu was the target chosen for this mission because it is relatively close to Earth and because it is old enough to provide good data. Scientists estimate that it formed in the first 10 million years of the solar system’s history, some 4.5 billion years ago.

The samples that have now been taken by the NASA probe will not, however, be analyzed after they arrive on Earth. Some will be preserved for future studies.

As with the moon stones and dust brought by the astronauts of the Apollo missions, in which some of them were left untouched to be studied with the new technologies that are being developed, so will the samples of the asteroid Benu collected in this mission.

As Lori Glaze, the director of NASA’s planetary science division, explains, “this will allow our future planetary scientists to ask questions we can’t even think about today, using analysis techniques that haven’t even been invented yet.”

Tap and escape the asteroid

It took four years of a long flight, two of which were spent around Benu, mapping and studying its surface, to identify the place that represented the least risk for the mission.

The chosen place, baptized as Nightingale, despite not being as flat as those responsible for the mission would wish – after all Benu revealed a rougher soil than the scientists had expected -, it ended up working without problems.

The maneuver went smoothly, but the wait was still long. The first phase of the descent, in which the probe was already carrying the articulated arm that served to touch the surface and collect the material, lasted four hours, during which the OSIRIS-Rex covered 850 meters.

Then, at 125 meters from the surface, the probe was placed in the correct position to be able to perform the collection of samples with the articulated arm, of just over three meters. The ship then started the engines to make an even slower descent towards the target, which lasted almost 20 minutes in total. He then touched the ground for just 16 seconds, and that was enough to collect the samples. When the time was up, the probe started the engines again and flew away from the ground, returning to Benu’s orbit.

The confirmation, 18 minutes later (the time that the signals from the probe take to reach Earth) that everything had gone as planned, triggered an emotional applause at the mission control center and the team can finally sigh with relief. There were 22.12 (21.12 in Lisbon).

“Everything went perfectly,” said the mission’s chief, Dante Lauretta, with emotion. “This afternoon we wrote a page of history”.

Thomas Zurbuchen, NASA’s administrator for scientific missions, also welcomed the success of the operation. “It’s an incredible feat. A primordial piece of rock that has witnessed the entire history of the solar system is ready to come home for several generations of scientific discoveries. We can’t wait to see what happens next.”

What follows, if it is not necessary to repeat the dive on January 12th, is the return of the ship home. But this will be a more peaceful stage. And with the arrival of the pieces of Benu on Earth, a new adventure will begin.

These were the details of the news Pieces of the asteroid Benu are on their way home for this day. We hope that we have succeeded by giving you the full details and information. To follow all our news, you can subscribe to the alerts system or to one of our different systems to provide you with all that is new.