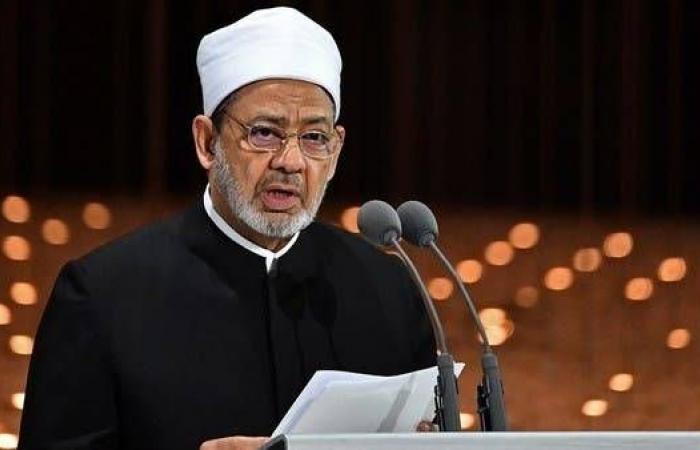 Thank you for reading the news about After teacher beheading in France, Azhar imam says insulting religions provokes hatred and now with the details

The grand imam of Al Azhar condemned the beheading of a French teacher but said insulting religions in the name of free speech was an "invitation to hatred," in a speech read out on Tuesday.

The address written by Sheikh Ahmed Al Tayeb of Egypt's prestigious Sunni Islamic institution was read out in Rome's Capitol Square in front of a gathering of Christian, Jewish and Buddhist leaders, including Pope Francis and France's Chief Rabbi Haim Korsia.

They had come together to sign a joint call for peace.

"As a Muslim and the Sheikh of Al Azhar, I declare that Islam, its teachings and its Prophet are innocent of this wicked terrorist crime," Tayeb said in his speech, referring to the beheading of French teacher Samuel Paty on Friday.

"At the same time, I emphasise that insulting religions and attacking their sacred symbols under the banner of freedom of expression is an intellectual double standard and an open invitation to hatred."

Paty, 47, was attacked and killed by an 18-year-old Chechen on his way home from the junior high school where he taught in Conflans-Sainte-Honorine, near Paris.

He had shown his pupils cartoons of the Prophet Muhammad (PBUH), infuriating one father who led an online campaign against the teacher and was in contact with the killer in the lead-up to the crime, an investigation revealed.

The killer, Abdullakh Anzorov, posted images of the decapitated body on Twitter before he was shot dead by police.

Police have arrested 16 people, including a known radical and four members of Anzorov's family.

On Monday, Interior Minister Gerald Darmanin said the radical and the father had in effect issued a "fatwa" against the teacher.

Al Azhar, one of the world's leading Islamic seats of learning, had in September condemned French satirical magazine Charlie Hebdo's decision to reprint cartoons of Prophet Muhammad, as a trial opened over the 2015 terror attack on its Paris office.

These were the details of the news After teacher beheading in France, Azhar imam says insulting religions provokes hatred for this day. We hope that we have succeeded by giving you the full details and information. To follow all our news, you can subscribe to the alerts system or to one of our different systems to provide you with all that is new.