Archaeological News: The child remains excavated in the city of Maya... 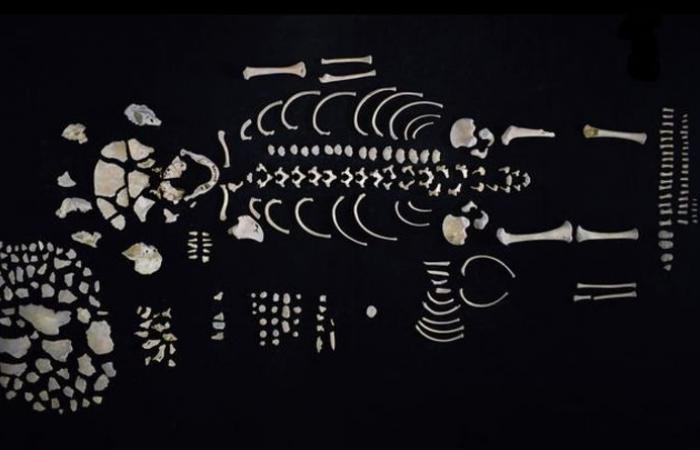 Sweat baths or sweat lodges have a long tradition in the cultures that once ruled Mesoamerica. From the Maya to the Aztecs, sweat baths were built for spiritual and health reasons and were often used by midwives before, after and during childbirth. Traditionally, rituals that were performed in the baths led their residents to sweat through a combination of fire, singing and prayer.

Archaeologists have now learned more about how these baths are related to Mayan beliefs and rituals after discovering a treasure trove of bones and tools in an ornately decorated weld pool at the Xultun site in Guatemala.

The discovery was led by archaeologists from the Smithsonian Tropical Institute (STRI) and the Archeology Program at Bostom University in the United States, who described their findings in the Cambridge Archaeological Journal.

According to the study, the Mayan sweat baths were viewed as more than just buildings, as they were viewed as the physical embodiment of relatives, ancestors, and even supernatural beings.

In many cases, the indigenous people of Mesoamerica believed that the spirits were inhabited in both natural features and man-made structures.

The sweat pool in Xultun in particular seems to have been the embodiment of a toad-like Mayan goddess who is connected to the cycle of birth and creation.

The weld pool with the name Los Sapos was dated between 250 and 550 AD in the early classical period.

Outside the structure, the researchers came across a detailed depiction of a little-known Maya deity, possibly named “ix.tzuz.sak”.

The Mayan goddess enveloped the facade of the sweat baths and was depicted in a crouching position like a toad with legs adorned with iguanas and cane toads.

Ashley Sharpe, study co-author and STRI archaeologist, said, “No other structure in Mesoamerica – sweat pool or anything – looks like this building.

“It seems that someone entering the front of the building enters the amphibian goddess who embodies the weld pool.”

Mary Clarke, lead author and archaeologist at Boston University, said, “Although the name of this goddess has not been deciphered, the suggested readings suggest that she was responsible for gestational cycles of both time and human life.

“However, the association of birth images with reptile figures is not uncommon among the classical Maya, as they express the verb ‘to birth’ as ​​an inverted reptilian mouth glyph

“What we see at Xultun is an example in which this reptile goddess and the ideas and myths she embodied are expressed as a physical place.”

The Los Sapos weld pool was most likely active for around 300 years.

Around the year 600 AD, the remains of an adult person were buried in the door of the building, after which the building was buried.

Even so, the Maya lived in Xultin for several centuries.

About 300 years later, the weld pool was excavated and the remains buried in it were removed.

New remains were then placed, including those of a child, a puppy, birds, toads, iguanas, and other young animals.

Archaeologists believe this shows that the pool of sweat was viewed as both a grandmother figure and a birthplace and human creation.

Dr. Sharpe said, “Mayan archaeologists often find such concentrations of artifact that were likely dedicated to the structures, but there is seldom an obvious connection between the objects and the structure.

“Because of the iconography outside of Los Sapos and because we know it is a pool of sweat, we have a rare case where we associate the offerings – an infant, female figures, and frogs and iguanas – with the role of structure can be played in the community. ”

Dr. Clarke added, “This supernatural figure is a wild embodiment of the earth.

“If she is dissatisfied, she can take revenge or hold back the things that people need to survive.

“The offering at Los Sapos was both an attempt to appease this goddess and an act of resilience.

“Instead of seeing a population collapse, we try to negotiate with this goddess about her survival.”

These were the details of the news Archaeological News: The child remains excavated in the city of Maya... for this day. We hope that we have succeeded by giving you the full details and information. To follow all our news, you can subscribe to the alerts system or to one of our different systems to provide you with all that is new. 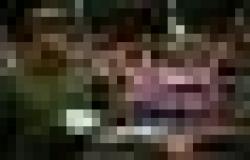