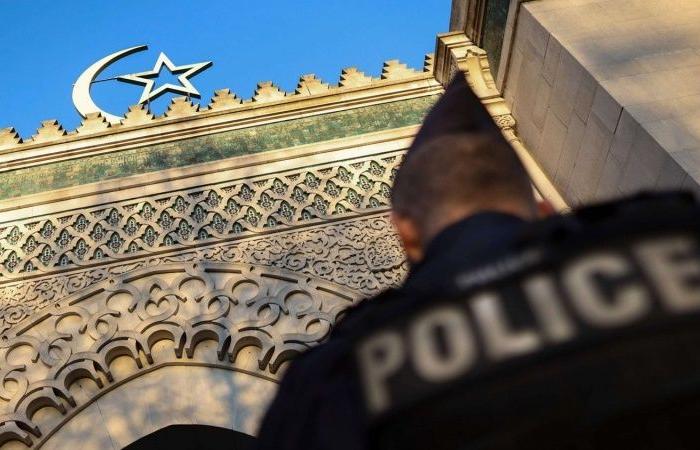 Paris– French President Emmanuel Macron pledged, on Tuesday, to “intensify moves” against extremist Islam after the killing of teacher Samuel Batey by beheading, especially announcing the dissolution of Sheikh Ahmed Yassin’s group loyal to Hamas and “directly involved” in the attack, Wednesday.

Macron said in a brief speech in Bobigny, north of Paris, that “similar decisions against associations and groups that include individuals will be issued in the coming days and weeks.”

On Tuesday, the French authorities announced that they would close a mosque near Paris as part of a campaign targeting the Islamic trend, against the backdrop of the terrorist operation in which a history professor showed his students cartoons insulting to the Prophet Muhammad.

The mosque, located in the densely populated suburb of Bantan in northeastern Paris, shared a video clip on its Facebook page denouncing Professor Samuel Patty’s share of freedom of expression days before his murder Friday, as confirmed by a source close to the investigation.

The Ministry of Interior confirmed that the mosque, which is attended by about 1,500 worshipers, will close its doors from Wednesday evening for six months.

Interior Minister Gerald Darmanan, who pledged to wage “war against the enemies of the republic” following the professor’s beheading, asked local authorities to implement the closure.

Darmanan pledged that the government would also tighten the screws on charities suspected of being linked to Islamist networks.

Since Monday, the French police launched a campaign against Islamic extremist networks in the country, at a time when the authorities are preparing to expel 231 foreigners on the government watchlist on suspicion of adopting extremist religious beliefs, after a Russian Muslim militant beheaded a teacher.

The massacre of a French history professor in a suburb of the capital, Paris, shook France, especially as it coincides at a time when the authorities are concerned about the growth of fundamentalist Islam in the country.

Patty, 47, was attacked on his way home from his school in Conflans-Saint-Honorine, 40 km northwest of Paris.

The operation was preceded by an online incitement campaign against the teacher and the school led by the father of one of the students, who accused the teacher of spreading “pornography” by showing the students drawings showing the Messenger naked.

The school said Patti gave the Muslim pupils the option to leave the classroom, but the lesson nonetheless sparked outrage.

Dharmannan accused the student’s father and an extremist Islamic activist of “issuing a clear fatwa” against the teacher.

Tens of thousands of people demonstrated across the country on Sunday in honor of the teacher and in defense of freedom of expression.

The teacher’s murder brought to mind the attack on the satirical magazine Charlie Hebdo in 2015, which killed 12 people, including painters, over the publication of cartoons of the Prophet Muhammad.

Teachers in France have long voiced their concerns that tension around identity and religion will be reflected in classrooms.

On Monday, a number of Muslim clerics gathered in front of the Patti School to offer condolences.

“It is very important that we come here and express our condolences, and say that what happened here does not express Islam. This crime was carried out by criminals who have nothing to do with Islam,” said Kimado Gassama, an imam at a mosque in Paris.

The level of tension at the political level also increased with the announcement of French President Emmanuel Macron of a “plan of action” against “entities, associations or persons close to extremist circles” who spread calls for hatred.

Far-right leader Marine Le Pen, who may face Macron in the 2022 presidential election, called for the enactment of a “law of war” and the immediate suspension of immigration.

A march is scheduled for Tuesday afternoon in Patti’s honor, and Macron will also participate in a memorial service organized by the professor’s family on Wednesday.

Meanwhile, prosecutors in Paris said they had opened an investigation into a French pro-Nazi website that had reposted Patty’s body image, which the killer had posted on Twitter.

These were the details of the news Macron announces the dissolution of the Sheikh Ahmed Yassin group loyal... for this day. We hope that we have succeeded by giving you the full details and information. To follow all our news, you can subscribe to the alerts system or to one of our different systems to provide you with all that is new.