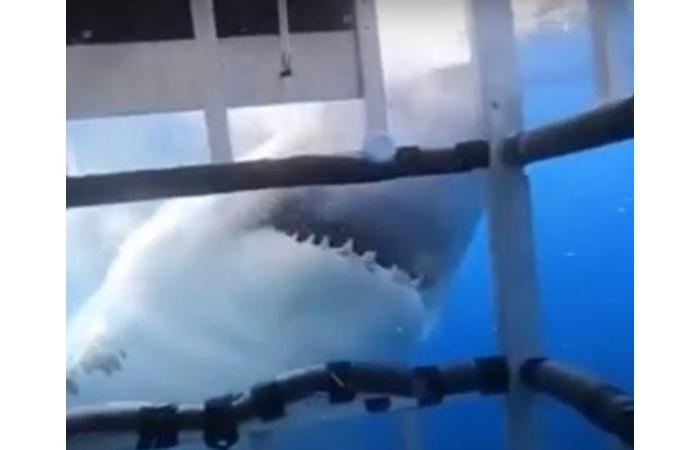 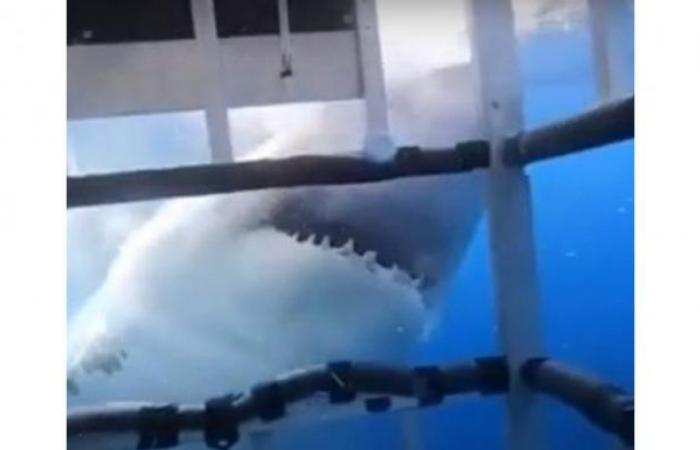 A huge white shark was spotted attacking a cage with three tourists who were diving on Guadalupe Island, Mexico. According to shark expert Jim Partington, who oversaw the attraction, despite the apparent danger, no one was hurt.

In an interview with the Daily Mail, Partington said that the two-tonne shark is a female and an old acquaintance of the specialist. The professional also said that it was not necessary to use bait to attract the animal. “The animal was just curious,” he said.

Partington explained that the shark was interacting and swam around the boat for about 30 minutes, becoming increasingly interested in the boat and the cages. “She liked one of the cage floats that is attached to the side of the cage and used her mouth to test and find out for herself what that object was,” she explained.

Also according to the shark specialist, the women felt relaxed during the dive and recorded everything they could while they were in the company of the shark. “Contrary to popular belief, most sharks ignore cages and only on very rare occasions do moments like this occur. When meetings like this happen, our cages are designed to withstand the challenge, ”he said.

+ The incredible story of the Jew who worked for the Nazis in Greece
+ Was emergency aid denied? Follow 3 steps to contest on Dataprev
+ Caixa replaces pause in real estate financing by discounting up to 50% on the installment

+ New Traffic Code is approved; see what has changed
+ Young man gets hit 2 times when trying to separate a couple fight in Londrina; see the video
+ 6,500-year-old copper workshop discovered in the desert in Israel
+ Video shows cougar chasing a trail runner in the USA
+ Shark is captured in MA with remains of young people missing in the stomach
+ 12 reasons that can make you menstruate twice a month
+ Why can’t I lose weight? 7 possible reasons
+ Can belching a lot be a health problem?
+ Educating is more important than collecting
+ Pests, pests, epidemics and pandemics in contemporary art

These were the details of the news Video: White shark attacks cage with three tourists who were diving for this day. We hope that we have succeeded by giving you the full details and information. To follow all our news, you can subscribe to the alerts system or to one of our different systems to provide you with all that is new.