A Brazilian woman competes with the Egyptians to dance and makes... 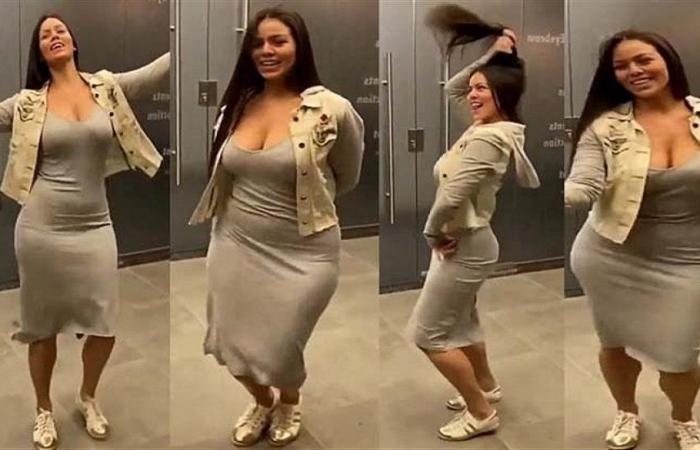 A video circulating on social media caused an uproar in Egypt, where a young woman appeared dancing at the popular festival “My Sisters” of the rocket squad, in a beauty salon, in a striking way.

It turns out that the dancer is a Brazilian, called Lourdiana, who has been living in Egypt for some time and gives dance lessons, according to what appeared on her personal page in “Instagram”.

The name of Lordiana topped the list of the most discussed in Egypt through the “Twitter” site, and caused an uproar and controversy among the activists, which prompted the security authorities to examine the video in which they appeared.

A security source said that the clip did not contain any sexual connotations throughout its duration, and that the dancer appeared wearing her natural clothes, and that she was not wearing a dance suit in violation of the legal requirements, until measures are taken against her.

The source explained that the video was inside a closed place in a Brazilian beauty center in Cairo, and therefore there is no violation of dancing without a license, because the license is given when dancing in public places, such as parties, hotels and nightclubs, and in accordance with legal requirements.

He added that the security authorities are reviewing the legal position of foreign dancers in Egypt, to ensure the safety of their legal position through the residency procedures, and the payment of taxes due on their work.

For his part, Tarek Abdel Mohsen, director of the work of the dancer Lordiana, said: “Lordiana is a professional dancer who has been in Egypt for 4 years, and has been working on training girls in the gym, adding that:” Lordiana loves the actress Samia Gamal and Fifi Abdo. ”

These were the details of the news A Brazilian woman competes with the Egyptians to dance and makes... for this day. We hope that we have succeeded by giving you the full details and information. To follow all our news, you can subscribe to the alerts system or to one of our different systems to provide you with all that is new.