Man dies after being attacked by a crocodile in a lake... 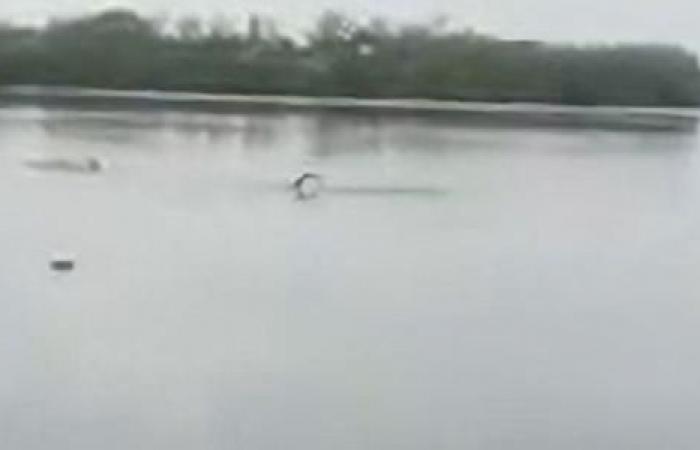 A video recorded on a lake in Mexico shows the exact moment when a man is pulled under water by a crocodile. The man, who was not identified, ignored the warnings prohibiting swimming at the site. He was found dead the same day.

The video was recorded by a woman in Laguna del Carpintero, in the Mexican state of Tamaulipas, who filmed the terrible moment with her cell phone.

The images show the moment when a crocodile advances towards the man who was swimming in the lake, a practice prohibited precisely by the presence of animals.

Shortly afterwards it is possible to see the man being pulled under the water, while the woman screams in despair. After the attack the man was no longer seen on the water’s surface and emergency services were called.

The body was found submerged with injuries to the neck, arm and chest according to El Heraldo. All types of water activity are prohibited by the authorities due to the high number of accidents involving the various crocodiles on the side.

These were the details of the news Man dies after being attacked by a crocodile in a lake... for this day. We hope that we have succeeded by giving you the full details and information. To follow all our news, you can subscribe to the alerts system or to one of our different systems to provide you with all that is new.