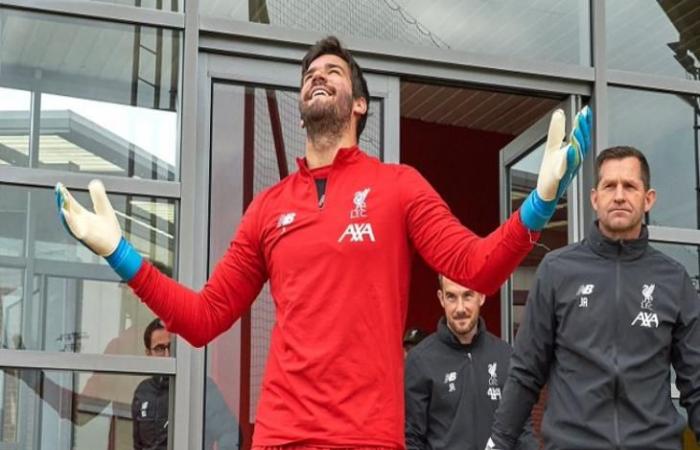 “Liverpool Echo” newspaper said Brazilian goalkeeper Alison Baker has returned to the Reds’ training and may return to the stadiums before the end of the month.

Alison suffered a severe injury during his team’s training, to miss the Reds’ recent matches against Aston Villa and Everton in the English Premier League.

Reports had indicated that the absence of the Brazilian goalkeeper would extend to mid-November.

According to what was reported by the newspaper “Liverpool Echo” today, Monday, Alison began to participate in solo training in Melwood (the headquarters of the Reds training), confirming that the conditions of the Brazilian are going well.

The newspaper pointed out that Liverpool hopes that Allison will return to participate in the matches during the coming period, adding that the match West Ham United (October 31) in the seventh round of Premier League may witness the presence of the Brazilian.

It is worth noting that Alison’s absence directly affected the results of Liverpool, as the English team conceded 9 goals during the last two matches in the Premier League.

These were the details of the news Reports: Allison starts training solo in Liverpool for this day. We hope that we have succeeded by giving you the full details and information. To follow all our news, you can subscribe to the alerts system or to one of our different systems to provide you with all that is new.