Police operations in France against “dozens” of Islamist individuals 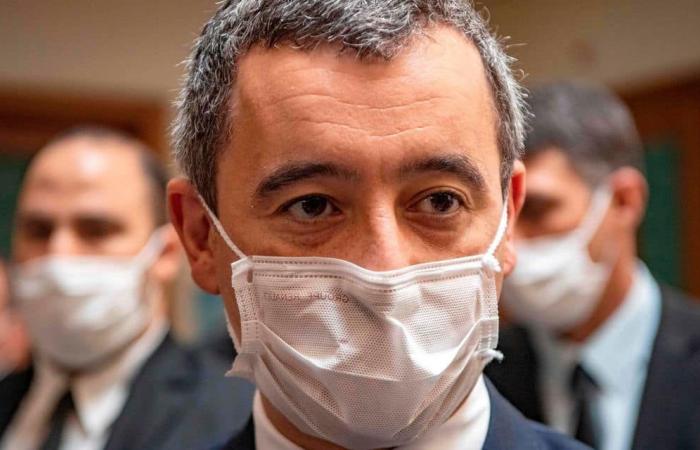 The day after a Defense Council, the executive announced on Monday a series of operations targeting the Islamist movement and online hatred and promises to wage a “war against enemies from within” after the assassination of the professor Samuel Paty.

Since Monday morning, police operations have been launched against “dozens of individuals” evolving in the Islamist movement and will continue in the coming days, announced the Minister of the Interior Gerald Darmanin.

These operations concern “dozens of individuals” who do not have a “link necessarily with the investigation but to whom we obviously want to send a message: (…) not a minute of respite for the enemies of the Republic, “said the minister on Europe 1.

According to a source familiar with the matter, they are people known to the intelligence services for radical sermons and hate messages on social networks.

During a Defense Council Sunday evening, the President of the Republic had hammered it: “fear will change sides” and “Islamists must not be able to sleep peacefully in our country”, reported the Elysee.

At the end of a 2h30 meeting with Jean Castex, five ministers and the anti-terrorist prosecutor Jean-François Richard, the president announced an “action plan” against “structures, associations or people close to radicalized circles” and who propagate hate speech.

First concrete translations, according to Mr. Darmanin: 51 associative structures “will see a certain number of visits from state services all week long and several of them (…) will be dissolved in the Council of Ministers”, announced the minister, targeting in particular the Collective against Islamophobia in France (CCIF) and the humanitarian association Baraka City.

Since the conflict in Conflans Sainte-Honorine on Friday, “more than 80 investigations” have also been opened against “all those who apologically explained in one way or another that this professor had sought him out” , said Mr. Darmanin, affirming that arrests had taken place.

The Minister of Justice Eric Dupond-Moretti for his part urgently summoned the attorneys general on Monday morning, in particular, according to his entourage, to ensure “perfect collaboration with the prefects and the internal security forces in the implementation and monitoring of measures required by the situation “.

Mr. Darmanin also accused the father of a schoolgirl from Conflans Saint-Honorine and the radical Islamist activist Abdelhakim Sefrioui of having “clearly launched a fatwa” against Mr. Paty for showing caricatures of Muhammad in class.

The two men, who had started a mobilization campaign to denounce the professor’s initiative, are among the eleven people held in police custody in the investigation into this attack perpetrated on Friday by an 18-year-old Chechen Russian, which raised a wave of emotion and mobilization in the country.

Investigators are trying to find out if the assailant was “piloted” or if he himself decided to attack the professor.

Monday afternoon at 3:00 p.m., imams are to gather in front of the college where Samuel Paty taught, the mayor of Conflans Sainte-Honorine told AFP.

At the same time, the government hopes to respond to the concerns of a severely shaken educational community by strengthening the security of schools at the start of the school year after the autumn holidays.

Chance of the calendar, the Senate must examine from Monday a bill LR, majority in the Upper House, which aims to include in the Constitution the preeminence of the rules of the Republic.

In the meantime, the emotion provoked by this assassination in the Yvelines does not weaken: tens of thousands of people gathered on Sunday all over France in tribute to Mr. Paty, in particular Place de la République in Paris, where demonstrators, teachers, elected officials and anonymous, came to defend freedom of expression, say no to “obscurantism” and sing the Marseillaise.

Samuel Paty was beheaded on Friday around 5:00 p.m. near the college where he was teaching history and geography in a quiet area of ​​Conflans-Sainte-Honorine. His assailant, an 18-year-old Russian Chechen born in Moscow, Abdullakh Anzorov, was then killed nine times by police.

These were the details of the news Police operations in France against “dozens” of Islamist individuals for this day. We hope that we have succeeded by giving you the full details and information. To follow all our news, you can subscribe to the alerts system or to one of our different systems to provide you with all that is new.