Laeticia Hallyday “does not regret”: this information hidden from Johnny in... 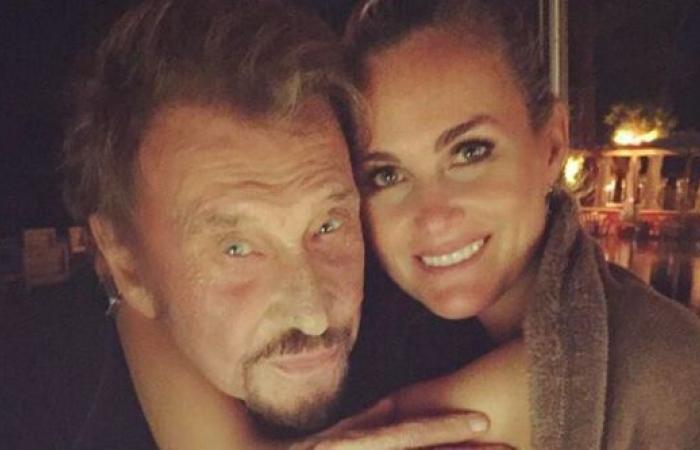 In Seven to eight this Sunday, October 18, Laeticia Hallyday returned to the moment when Johnny learned of his illness. In order not to worry him, she deliberately withheld important information from him.

She wanted to protect him until the end. In Seven to eight this Sunday, October 18, Laeticia Hallyday came out of silence on television for the first time in more than two years. Jade and Joy’s mother spoke of the agreement found with Johnny’s elders, his new life with Pascal Balland, the impossible mourning of Johnny Hallyday but also the lung cancer which took him away. Overwhelmed with emotion, the widow of the youth idol remembered the first signs of the disease. While in the USA for his last road trip, the rocker “was very tired but he didn’t know he was sick”. “I already felt on the phone that he was weakened, that he was weak, told Laeticia Hallyday. He did not show his suffering to his friends but he shared it with me. He shared his great fatigue. “ Aware that something was wrong, Johnny Hallyday had “very afraid of not being able to go to the end”.

Quickly, Laeticia Hallyday left to find her husband in Santa Fe. “I felt he was out of breath and struggling to breathe, he described in Seven to eight. And that worried me a lot. “ At the time, she asked Johnny Hallyday to go for exams at the hospital with his doctor. “We thought it was an infection, she recalled. He could not be operated. It was stage 4 cancer, an aggressive small cell cancer. “ At that time for Johnny Hallyday, “the fight has begun”. But at the time, his wife preferred to keep part of the truth from him to protect him. No way for her to explain to him that her doctors only give her a few months to live. “I am told he will have three months so at that point everything is falling apart”, she told on TF1, still upset to mention the end of her husband’s life.

Laeticia Hallyday: “I was right because the fight lasted fifteen months”

“We are on one knee. We don’t know how we’re going to do it, how we’re going to tell him. We don’t know how he’s going to stand it, how he’s going to fight. Is he going to have the resistance?, continued Laeticia Hallyday, explaining the reason that had pushed her not to reveal this important truth to him. I spent the night in the hospital with him and he said, ‘Tell me what this is. Is it cancer? Am I going to die? Am I going to die? ‘ And I couldn’t tell him, now was not the time. “ Unable to lift the veil on the state of health of Johnny Hallyday, Laeticia preferred that it be the doctors who announced his cancer to him but not the prognosis. “I asked that we not tell him”, says Jade and Joy’s mom. A choice that she maintains: “I was right, I don’t regret it. Because the fight lasted fifteen months and I think it wouldn’t have lasted so long if we had told him the truth“.

*The article has been translated based on the content of Source link by https://www.closermag.fr/people/laeticia-hallyday-ne-regrette-pas-cette-information-cachee-a-johnny-dans-son-combat-contre-le-cancer-1184590
. If there is any problem regarding the content, copyright, please leave a report below the article. We will try to process as quickly as possible to protect the rights of the author. Thank you very much!

These were the details of the news Laeticia Hallyday “does not regret”: this information hidden from Johnny in... for this day. We hope that we have succeeded by giving you the full details and information. To follow all our news, you can subscribe to the alerts system or to one of our different systems to provide you with all that is new.