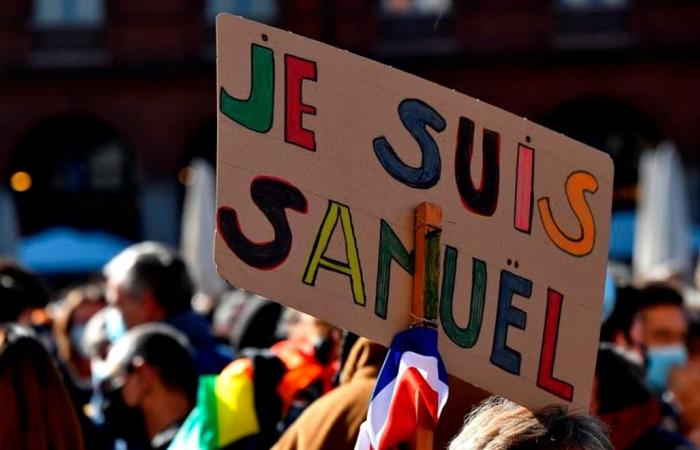 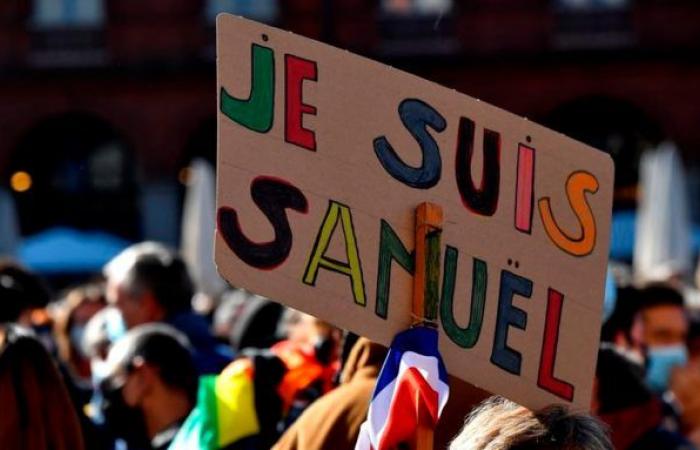 In France, thousands of people took to the streets this Sunday, October 18 in tribute the teacher Samuel Paty. He was beheaded last Friday for teaching his students caricatures of Muhammad, in an Islamist attack that shocked the entire nation.

In the French capital, protesters met in the iconic Republic Square, the epicenter of the huge march on January 11, 2015 following the jihadist attacks against the satirical weekly Charlie Hebdo and a kosher supermarket.

Participants honored Paty with handwritten banners with phrases such as “I’m a teacher” (“I am a teacher”), “No to the totalitarianism of thought” or “Freedom of expression, freedom to teach.” Other honors were also celebrated in large cities such as Small, Lyon The Nice.

Several heads of the main political parties were present in Paris: the first Minister Jean Castex, the socialist mayor of the capital Anne Hidalgo, the right-wing president of the Paris region, Valerie Pécresse, or the leader of the radical left Jean-Luc Mélenchon. The former head of state, the socialist Francois Hollande, also joined the demonstration.

“They don’t scare us. We are not afraid. They will not divide us. We are France! ”, Wrote the prime minister in his account of Twitter accompanied by images of the march.

Some of those present carried banners with caricatures of Muhammad published by the satirical weekly Charlie Hebdo. They also sang the French national anthem.

Friday evening, Samuel Paty, a 47-year-old father of a family, was beheaded near the secondary school where he was teaching History and Geography, in a quiet neighborhood of Conflans Sainte-Honorine, 30 kilometers northwest of Paris. The attacker, an 18-year-old young man, was killed by the police.

The killer was identified as Abdoullakh A., born in Moscow and refugee in France with his family. He had no criminal record, although he had committed a minor offense.

On his phone, the investigators found a message addressed to Emmanuel Macron, whom he called “the leader of the infidels,” and in which he explained that he wanted revenge on the person who “dared to belittle Muhammad,” and the photo of his beheaded victim.

A defense council, chaired by Macron, met late Sunday afternoon to discuss the status of the Islamist threat. The wave of jihadist attacks in France, which began in 2015, causes 259 deaths.

*The article has been translated based on the content of Source link by https://larepublica.pe/mundo/2020/10/18/francia-je-suis-prof-miles-de-personas-rinden-homenaje-al-profesor-asesinado-en-paris-video/
. If there is any problem regarding the content, copyright, please leave a report below the article. We will try to process as quickly as possible to protect the rights of the author. Thank you very much!

These were the details of the news France: Je suis prof thousands of people pay tribute to the... for this day. We hope that we have succeeded by giving you the full details and information. To follow all our news, you can subscribe to the alerts system or to one of our different systems to provide you with all that is new.