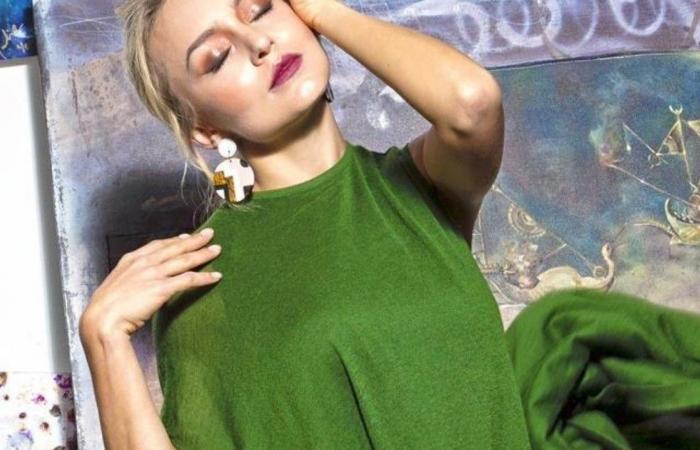 The beautiful actress Angelique Boyer He confessed that he will temporarily retire from television after 16 years of artistic career and great successes on the screen, which has won the hearts of millions of viewers over the years.

Angelique Boyer revealed to her followers what she will do after finishing her recent telenovela “Imperio de Lies”.

The telenovela protagonist assured that will retire for a while from the soap operas after he finished filming his most recent project, “Imperio de Mentiras”, which he stars together with actor Andrés Palacios.

Angelique revealed to various media outside Televisa San Ángel that when she finished recording “Imperio de Mentiras”, she will not do any more projects in television at least one in a year.

I’ll definitely give myself a break, even if I don’t want to. The screen will not be, at least for a year, “Angelique told the press.

It is worth mentioning that this is not the first time that she does it, since the actress also at the end of the story “Loving to death”, took a break of one year before starting “Empire of Lies”.

In addition, Sebastián Rulli’s girlfriend confessed how she will support her RBD colleagues in their long-awaited reunion in December.

Without a doubt in the front row, as a cheerleader and super fan I will be without a doubt, the truth is that it is very emotional, I think it is also one of the great news of 2020, seeing them together and remembering that is always incredible, so I wish them the best ”, He commented.

Angelique Monique Paulette Boyer Rousseau is known for her participation in television, mainly in soap operas such as “Corazones al Limit”, where she made her debut as an actress in 2004 playing the role of Anette; from there they followed secondary roles in “Rebelde”, “Muchachitas como tú”, “Alma de Hierro”, “As3sinas Women” and “Wild Heart”.

In 2010 she got her first lead role playing Teresa Chávez Aguirre in the telenovela “Teresa”, and later appeared in the telenovelas “Abismo de passion”, “Lo que la vida me robó” and “Trestimes Ana”.

She began her modeling career at the age of 5 and graduated from the Children’s Artistic Education Center at the age of 11 and was part of the pop group “Rabanitos Verdes”.

She is currently more than in love with the handsome actor Sebastian Rulli with whom she recently commemorated his anniversary with a fun and tender video, highlighting how great these years together have been.

The person in charge of sharing the video clip was Sebastián Rulli, who, through his official Instagram account, explained that the protagonist of “Imperio de Lies” was afraid of hitting him because he did not want to hurt him and even asked the followers to see the tender reaction that the actress had at the end of the recording.

Doing the tiktok … Me: my love touch my head so that the reaction is real. Angy: I am afraid of hurting you. Me: do not be afraid, it is a simple tiktok and also you are an experienced actress and you control these situations. You calm, I nervous … Do not miss Angy’s reaction to shaking me a reverend whip with a real whip sound ”, I point out.

It is worth mentioning that Angelique Boyer and the Argentine actor met in 2010 when they both starred in the iconic telenovela with which Boyer rose to fame “Teresa”; At that time they struck up a great and close friendship and three years later they returned to star in a soap opera together.

And in 2014 they decided to give themselves a chance in love and made it known on social networks, where to date they exchange loving messages and photos.

It may interest you: They celebrate anniversary, Sebastián Rulli and Angelique Boyer turn on the networks

These were the details of the news Angelique Boyer temporarily retires from television for this day. We hope that we have succeeded by giving you the full details and information. To follow all our news, you can subscribe to the alerts system or to one of our different systems to provide you with all that is new.