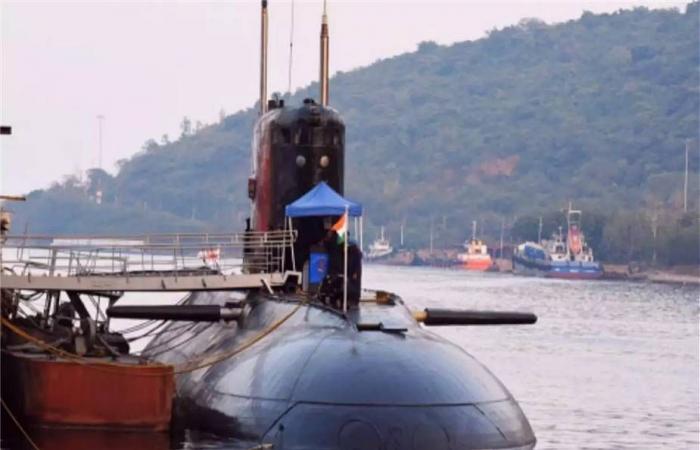 According to information posted on the India Today website on October 17, 2020, Myanmar will acquire its first diesel-electric submarine from India. India will deliver the Sindhughosh-class submarine INS Sindhuvir (S58), which was in service with the Indian Navy, to the Myanmar Navy as part of defense cooperation.
Follow Navy Recognition on Google News at this link

The submarine was refitted at the Hindustan Shipyard and delivered to the Indian Navy on February 9, 2020, ahead of the contractual delivery.

The Sindhughosh-class submarine is a Russia-made Kilo-class diesel-electric submarine in active service with the Indian Navy. It was designated the 877EKM and designed as part of Project 877 and built under a contract between Rosvooruzhenie and the Indian Ministry of Defense.

The INS Sindhughosh (S55) was the lead ship of its class of diesel-electric submarines in the Indian Navy. The submarine entered service on April 30, 1986 in Riga, Latvia, under the command of Commander KC Varghese.

INS Sindhughosh was the first submarine in the Indian Navy to be equipped with the anti-ship cruise missiles Klub ZM-54E SS-N-27 with a range of 220 kilometers. It also has launch vehicles for eight Strela-3 or Igla surface-to-air missiles. It has six 533mm torpedo tubes and carries 18 heavy torpedoes (six in the tubes and twelve in the racks) with an automatic fast loader. Two of the launch tubes can fire the TEST-71MKE TV electric homing torpedo.

These were the details of the news Myanmar acquires the first diesel-electric submarine INS Sindhuvir S58 of the... for this day. We hope that we have succeeded by giving you the full details and information. To follow all our news, you can subscribe to the alerts system or to one of our different systems to provide you with all that is new.

NEXT 'Significant disruption' warning as UK braces for mass strikes