The very first life forms were possibly more animal than we... 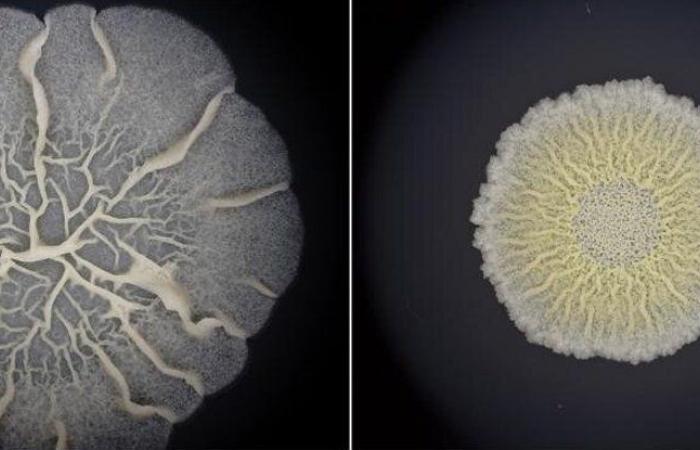 Early life may have been a lot more like animals than we thought. This suggests new research showing that bacteria can “develop” like an embryo.

When bacteria cluster together, they seep out of a protective community of mucus and form blooming, tightly packed colonies known as biofilms. Together these tiny organisms are more powerful.

As part of the safety of the biofilm, they are better able to withstand environmental changes, communicate over long distances with cells outside of their communities, and even share a kind of collective memory – which essentially behaves like a multicellular organism.

An international team of researchers led by evolutionary geneticist Momir Futo from the Ruđer Bošković Institute in Croatia has now discovered that biofilms also develop like a multicellular organism.

Most of the cells on earth live in the form of these biofilms. They can be of several types, and we are increasingly finding more ways in which they behave like multicellular beings – including division of labor, programmed cell death, and self-awareness.

In the laboratory, Futo and the team examined the rod shape Bacillus subtilis, This is common in the ground, cows, and us. The researchers created a timeline of gene expression across the entire biofilm as it developed, from a few initial cells to its two months of age.

They also compared the products of the bacterial genes with those of others in their family tree and set a timeline for their evolutionary relationships.

“Surprisingly, we found that evolutionarily younger genes were increasingly expressed at later times of biofilm growth,” explained geneticist Tomislav Domazet-Lošo from the Catholic University of Croatia.

The sequence of gene expression during biofilm growth reflects the point in time when these genes evolved – just like the expression of genes during the development of animal embryos.

And that’s not the only way the biofilms mimick embryogenesis (the development of an animal embryo). The step-by-step organization of the observed gene expression is also evident in embryos, as is a strong increase in communication between cells during mid-development, which coincides with growing 3D wrinkles in the biofilm.

“This means that just like us, bacteria are real multicellular organisms,” said Domazet-Lošo. “Given that the oldest known fossils are bacterial biofilms, it is very likely that the first life was also multicellular and not a single-celled creature so far.”

The phylostratigraphy method used by the researchers is relatively new and still has some reliability questions. So the team checked their results against older genetic tools and found that they supported their findings.

The team warns that under laboratory conditions, these results are limited to biofilms of individual species. Therefore, more research is needed to determine whether the results are also true in the natural multi-species interaction environment.

It also remains to be seen whether other embryogenesis features – such as localized waves of new gene expressions – are also present in biofilms. But the similarities they have observed are quite noticeable.

Since biofilms are responsible for more than 80 percent of the microbial infections in our bodies, they would certainly also play a large role in how our friendly bacteria work. Hence, understanding how these not-so-discrete organisms develop and work together could help with a myriad of medical problems.

“It is undeniable that the cell is the basic unit of life. However, this does not necessarily mean that the first life was strictly unicellular, ”the researchers concluded.

This research was published in Molecular Biology and Evolution.

These were the details of the news The very first life forms were possibly more animal than we... for this day. We hope that we have succeeded by giving you the full details and information. To follow all our news, you can subscribe to the alerts system or to one of our different systems to provide you with all that is new.