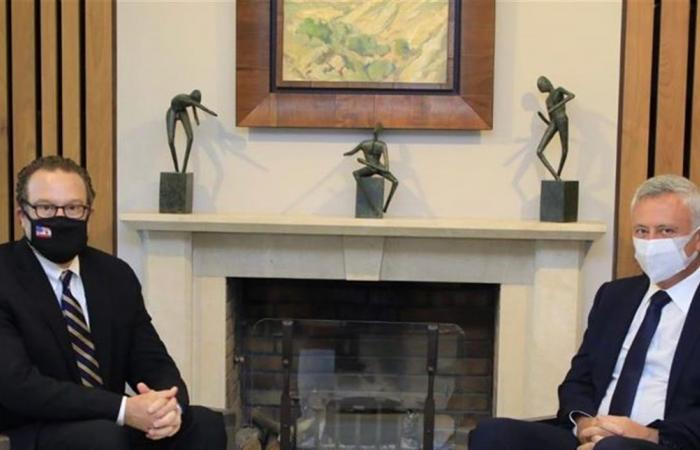 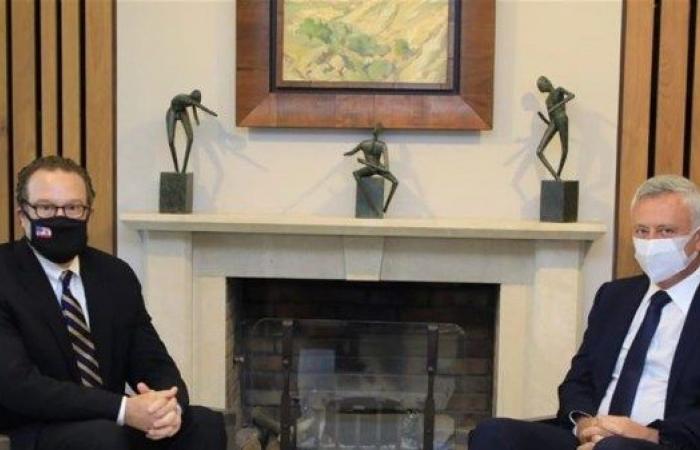 In an interview with Asharq Al-Awsat, sources stopped at the paradox that accompanied the meetings of US Assistant Secretary of State David Schenker, which was characterized by his meeting and based on his desire with the leader of the “Marada” movement, former Representative Suleiman Franjieh, in exchange for his meetings not including the head of the Free Patriotic Movement, Representative Gebran Bassil, Although Schenker avoided entering into the reasons that dictated that he excluded him from his meeting schedule in his meetings, while a Western diplomatic source referred the question to Basil because he had the certainty of the news.

She confirmed that Schenker informed Franjieh that the US sanctions imposed on the former minister, Yusef Fenianos, did not target him personally and had nothing to do with the “apostasy”, and said that the meeting dealt with negotiations on demarcating the borders and the internal situation in light of President Michel Aoun’s postponement of the parliamentary consultations required to name the president in charge of forming the new government Although they are at odds with regard to the position of the Syrian regime.The political sources pointed out that the statement issued by the Presidency of the Republic regarding the Aoun-Schenker meeting was not accurate because it did not reflect the atmosphere that prevailed in him, and said that Schenker confirmed to Franjieh and former prime ministers Najib Mikati and Saad Hariri Washington’s support for the French initiative, and therefore it insists on accelerating the formation of The government is based on adherence to the road map put forward by French President Emmanuel Macron.

She said that Franjieh criticized Aoun’s initiative to postpone consultations at Bassil’s request, and told Schenker that Aoun invoked the pact to justify the delay, although he ignored it when forming the government of Prime Minister Hassan Diab, as he missed a major component, namely Hariri, who leads one of the largest parliamentary blocs, and believed that the pact was not discretionary. To Aoun whenever he wants. He asked: Do those opposed to him lack the charter?

These were the details of the news After the sanctions against Fenianus … this is what Schenker told... for this day. We hope that we have succeeded by giving you the full details and information. To follow all our news, you can subscribe to the alerts system or to one of our different systems to provide you with all that is new.