Analyst Forecasts PlayStation 5 Will Sell Up To 700 Million Units 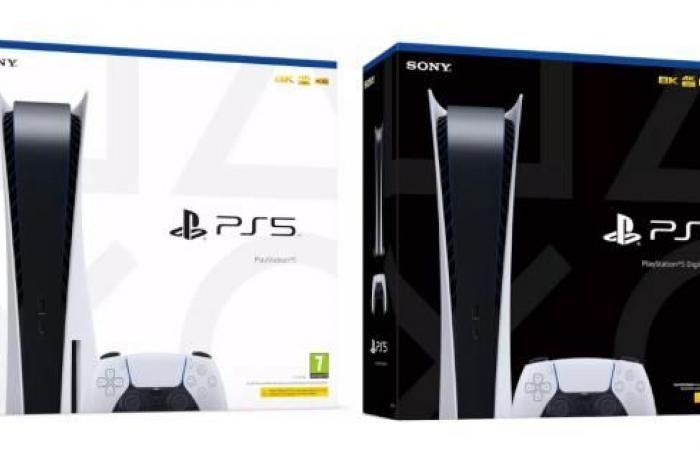 The next generation of consoles will begin in November with the launch of the PlayStation 5 and Xbox Series X | S. The consoles will be very powerful and have a similar performance, which could indicate that it would be a very close competition in terms of units sold; However, an analyst points out that the PlayStation 5 will stand out a lot and that it would even take 5 years on the market to become the best-selling console in history.

The Japanese analyst Norio Imanaka, from the firm Rakuten Securities Economic Research Institute, forecasts very good numbers for Sony and its PlayStation 5, as he estimates that the system will sell more than between 200 and 300 million units in the margin of 5 to 6 years in the market.

But that’s not all, what is perhaps more surprising is that, according to Imanaka and its statistics, the PlayStation 5 could reach up to 600 or 700 million units sold in its life cycle, which means that it would sell up to 4 or 5 times more than the best-selling console in history, the PlayStation 2.

As pointed out Wccftech, the analyst Imanaka had mentioned in an article last month that the PlayStation 5 would sell 200 million units in its entire life cycle, but there is something that made it considerably modify its estimates.

In case you missed it: Analysis firm estimates that the PlayStation 5 will outpace the Xbox Series X | S in sales.

The PlayStation 5 would end the console war

According to Imanaka, the PlayStation 5 would become a very popular product in the esports sector, as it would be a replacement for the PC, thanks to the high specifications and low price of the PlayStation 5, which would be perfectly tailored for modern games.

Due to the popularity of the system, according to Imanaka (via Takashi Mochizuki), “just as NBA fans want Nike shoes, esports fans will want PlayStation 5”, noting that the esports market is larger than those of physical sports, since their capacity is not limited to stadiums. He also mentioned that Xbox games are inferior to PlayStation exclusives, which will boost sales of the system.

The most interesting thing is that the analyst considers that, as a consequence of the success, the PlayStation 5 will take a different course from that of Xbox, Nintendo and even PlayStation 4, thus ending the console war. “PS5 will be an exterminator of the video game industry, ending the old console war (…) PS5 will be a new symbolic pillar for Sony Group,” expressed Imanaka.

Perhaps many may think that the figures are a bit optimistic, especially if we take into account that the best-selling console in history, the PlayStation 2, has managed to sell around 155 million in much more than 5 years. That said, according to the analyst, the PlayStation 5 would become the best-selling console in history in less than 5 years.

This draws attention, because it could even be said that the PlayStation 5 would perform better than the Nintendo Switch, a very popular console that has a lower price.

Do you think this analyst’s forecasts are realistic? How many units do you think the PlayStation 5 sells in its life cycle? Tell us in the comments.

The sales forecasts seem to leave the Xbox Series X | S far behind with respect to Sony and its PlayStation 5. However, it is important to say that Phil Spencer, head of Xbox, has already indicated that Microsoft does not seek to sell more consoles than Sony. You can find more news related to PlayStation 5 by visiting this page.

Stay informed with us at LEVEL UP.

”PS5 is headed to a totally different dimension; so different from Switch, Xbox, or even PS4. PS5 could be a terminator of the game industry, ending the long-running console war" "PS5 wil be whole new symbolic tower for Sony Group"

These were the details of the news Analyst Forecasts PlayStation 5 Will Sell Up To 700 Million Units for this day. We hope that we have succeeded by giving you the full details and information. To follow all our news, you can subscribe to the alerts system or to one of our different systems to provide you with all that is new.