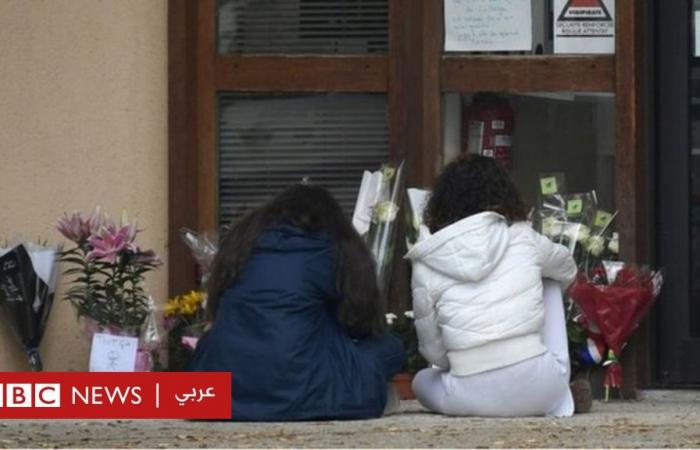 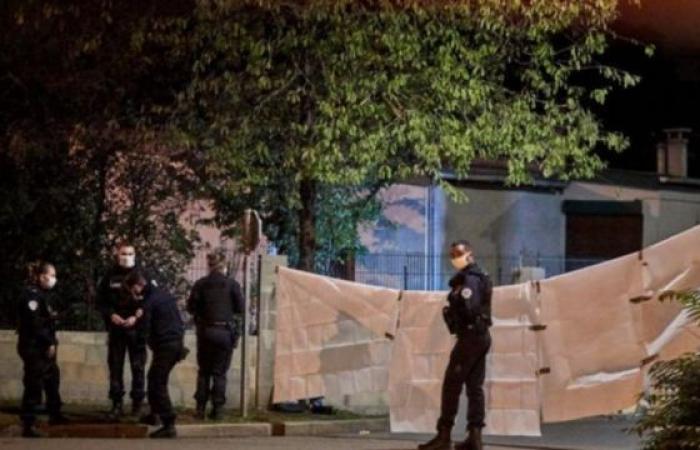 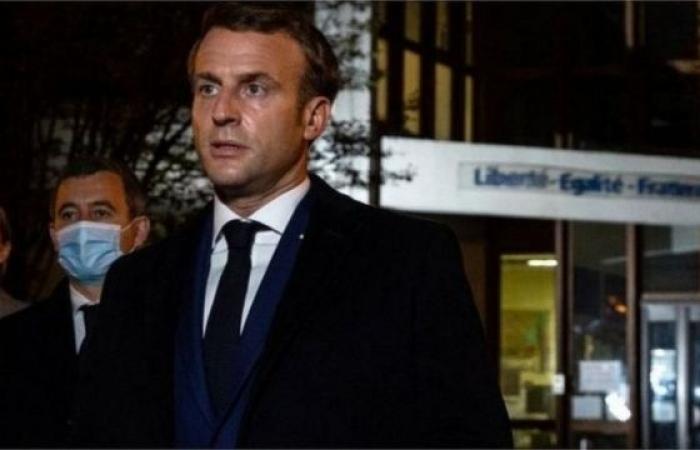 The French teacher, who was killed and beheaded at, received OneShawارع The capital is ParisDeath threats for days before the crime occurred, after he showed his students cartoons insulting to the Prophet Muhammad from the French magazine Charlie Hebdo, according to French media.

According to a French counterterrorism police official, the attacker asked students in front of the school door to show him the teacher who showed them the offensive pictures, before the execution of his crime.

Then it tracked the dead attacker who was walking home from school and wounded him on the face before he was slaughtered.

According to eyewitnesses, after the execution of his crime, the killer shouted “God is great.”

Then he shared photos of the victim, Samuel Patty, 47, on his Twitter account, amid offensive comments and insulting French President Emmanuel Macron as an “infidel.”

The French authorities arrested nine people suspected of being involved in the crime, including the father of a student at the school where the victim was working, according to French judicial sources.

On Friday, the police killed the perpetrator near the scene of the accident.

Reports say the attacker was 18 years old and of Chechen descent. He was born in Moscow and came to France as a refugee when he was a young man.

He was brought to trial in the past but in minor misdemeanors, and he is not known to the counterterrorism authorities.

The incident coincided with a trial in Paris against those accused of the 2015 attack on the satirical magazine Charlie Hebdo, after it published cartoons insulting to the Prophet Muhammad.

Macron said Friday’s incident bore all the hallmarks of an “Islamic terrorist attack,” adding that the victim “was killed because he taught freedom of expression to his students.”

Speaking from the scene hours after it happened, he emphasized national unity. “They will not win and they will not separate us,” he said.

What do we know about the attack?

The attack took place at around 3:00 GMT on Friday, near a middle school in the suburb of Conflans-Saint-Honorine, 30 km northwest of central Paris.

A man carrying a knife attacked the teacher and cut off his head. The attacker then fled, but the police rushed to the scene immediately upon notification of the attack.

When the police called for the gunman to surrender, he began issuing threats, fired air shots at the police, and the forces shot him, and he died shortly after.

A security cordon was imposed around the scene of the accident, while the investigation continues.

In a tweet, the police urged people to avoid the area.

Who was the victim?

The victim, Samuel Patti, was reportedly a history and geography teacher who had taught a lesson on freedom of expression earlier in the month.

He is said to have shown cartoons of the Prophet Muhammad while speaking on the Charlie Hebdo case, and advised Muslim students to leave the room if they thought they might feel offended.

Some Muslim parents complained to the school, and French media reported that the teacher had received threats, which were not specified, as a result of this lesson.

“My son told me that the teacher (the dead man) was very nice, very friendly and generous,” Noureddine Al-Shawadi, the mother of one of the students, told AFP.

“Fanaticism has reached a new level and it seems that it will not stop imposing terrorism in our country,” Charlie Hebdo magazine tweeted.

France has seen a wave of Islamist violence since the 2015 Charlie Hebdo attack, which killed 12 people, including famous cartoonists.

Three weeks ago, as the trial began, a person attacked and injured two men outside the magazine’s previous offices.

What are the reactions in France?

In the National Assembly, the French Parliament, the deputies stood to honor the teacher and condemn the “brutal terrorist attack”.

Education Minister Jean-Michel Blancer tweeted that the teacher’s killing was an attack on the French Republic.

He expressed his condolences to the victim’s family, and said that unity and firmness are the only response to “Islamic terrorism.”

These were the details of the news A teacher slaughtered near Paris: the killer asked students to guide... for this day. We hope that we have succeeded by giving you the full details and information. To follow all our news, you can subscribe to the alerts system or to one of our different systems to provide you with all that is new.