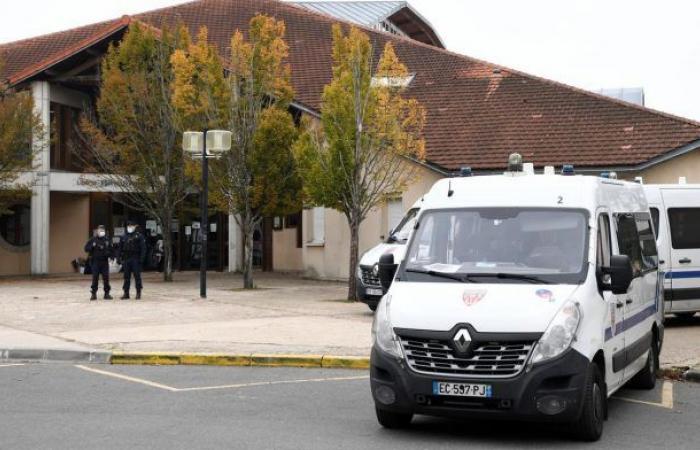 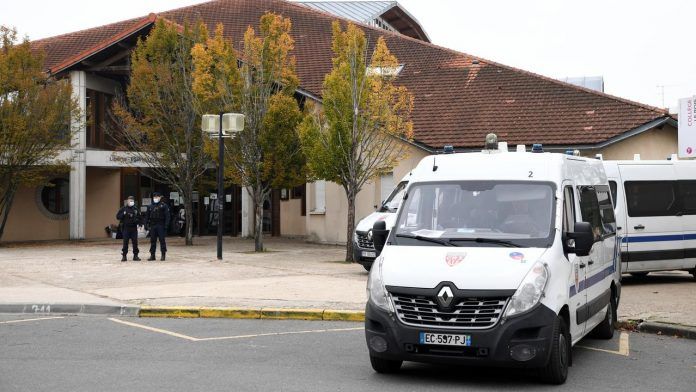 INVESTIGATION – A parent of a student was taken into custody the day after the terrorist attack on a history teacher, Samuel Paty, murdered outside his college on Friday. This father had complained on Facebook about the lesson of the teacher who had shown a cartoon of Muhammad in class. Jean-Michel Blanquer denounced a video “made to create conflict”.

Did a runaway on social networks led by a student’s parent lead to a terrorist attack on a teacher? The day after the attack on a history teacher from the Bois d’Aulne college, beheaded in the middle of the street in Conflans-Sainte-Honorine, investigators are trying to determine the chain of events. A parent of a student – in particular – was taken into custody. He is suspected of being the author of several publications – including a video – posted on social networks at the beginning of October. In the latter, he calls on the management of the college and the academic inspectorate. In question, a moral and civic education course on October 5 during which Samuel Paty, a 47-year-old history and geography teacher, had shown caricatures of Muhammad as part of a lesson on freedom of expression.

In comments, we found the address of the college and the name of the professor

Samuel Paty had given similar courses on freedom of expression in previous years. But this time, the initiative is causing controversy. According to the testimonies we have gathered from students at the college in the Bois d’Aulne, some students have left “to complain“from the principal education advisor (CPE). Among the parents, that of a 4th year student writes a long post on Facebook still online this Saturday. He denounces this affair”amazing but true“and recounts his view of the facts: a teacher allegedly asked Muslims to leave the classroom, before broadcasting”the image of someone naked“telling them that”he is the prophet of Muslims“. It was in fact, according to several accounts, a caricature of the crouching prophet with a star drawn on his buttocks and the inscription”a star Is Born“Still according to this parent, the teacher had previously.”invited Muslim students to leave the classroom“so as not to offend certain sensitivities. A request, it seems, misinterpreted. So much so that on social networks, this parent of a student goes up and ensures that he will not leave”not pass“and invites Internet users to do the same:”If you don’t agree with that, you can write a letter to the school principal to fire this patient.“.

The next day, it does not stop there. This time he publishes a video, still on his Facebook account. Recounting the episode facing the camera again, describing the teacher as a “thug“who propagated from”the clothes“, he calls out to the other parents of pupils:”All those who do not agree with this behavior or all those who have encountered difficulties (…) if you want us to be together and say stop, send me a message “. And to conclude : “Thank you for sharing as much as possible.” No sooner said than done. The sequence is repeated on other social networks, and in particular on Twitter. Now deleted, we found in the comments the address of the college and the name of the teacher, that the father had not given in his video.

Commenting on the video, a woman proposed to the father to turn to the police station and not to call for popular revenge. Other parents tried to give another version of the facts, like Sonia, whom we contacted. The student’s parent was arrested with one of his relatives in Chanteloup-les-Vignes on Saturday at 4:15 am. He had come to the college many times to try to mobilize parents against the teacher. The latter had in turn lodged a complaint for defamation.

L'”case“had gone back to the Federation of Parents’ Councils (FCPE). Rodrigo Arenas, co-president of the first association of parents of pupils reports a”extremely pissed off dad“after this course on freedom of expression.

A “false” video made “to create conflict”, according to Jean-Michel Blanquer

Within the college, the principal tried on several occasions to play appeasement. In an email sent to parents on the evening of October 9, and that we were able to obtain, she comes back to this “punctual and brief fact“who could”arouse emotion in some students“. She recalls in particular that no, no one was forced to go out, but that”in order to protect children who might have been offended by this cartoon, (and only for this purpose), they were offered to go out for a few minutes accompanied by an adult or to look away for a few seconds“. And to specify that both remained at the disposal of the parents”who wanted to come back to this situation“.

A decapitated history teacher in the Paris region

The incident therefore seemed closed. In any case, this is what the students thought, including this young girl who testifies in the pages of World : “It was THE topic of discussion on Snapchat and in the playground for two days, and then we moved on.“Unfortunately, the reality is quite different. On October 12, this same father of a pupil this time posted a video on Youtube recounting the facts.“ The principal reported threatening calls, ”the prosecutor said. anti-terrorist during his press conference on Saturday.

Following this course, Samuel P. would have received threats. Her defamation complaint was filed with the principal. The father of the pupil – summoned on October 14, him – did not show up. This Friday 17, an 18-year-old man of Chechen origin savagely attacked her in the street not far from the college.

Investigators must now determine the possible links between the assailant and the college and establish precisely if the runaway on social networks – and in particular the video of this father of a student – could have contributed to the act of the terrorist. The anti-terrorist prosecutor clarified that the half-sister of the student’s parent in custody had joined the ranks of Daesh in Syria. The Minister of National Education Jean Michel Blanquer denounced the video posted online. A video “lying“made for”create conflict … and in the end it created a tragedy ”

*The article has been translated based on the content of Source link by https://www.lci.fr/police/assassinat-d-un-professeur-d-histoire-samuel-paty-la-video-d-un-parent-d-eleve-a-t-elle-mis-le-feu-aux-poudres-2167536.html
. If there is any problem regarding the content, copyright, please leave a report below the article. We will try to process as quickly as possible to protect the rights of the author. Thank you very much!

These were the details of the news Murder of a history teacher: the role of a student’s parent... for this day. We hope that we have succeeded by giving you the full details and information. To follow all our news, you can subscribe to the alerts system or to one of our different systems to provide you with all that is new.