Mask Singer: Carla Bruni in the casting? She answers 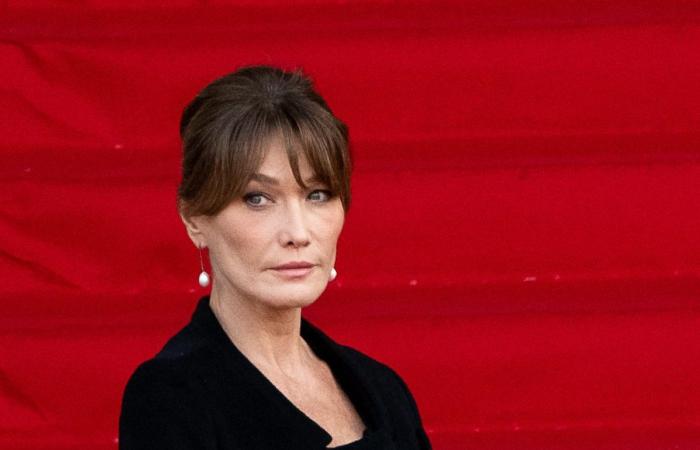 Carla Bruni is releasing her new album. An eponymous opus marked by collaborations with Calogero or Julien Clerc. Nicolas Sarkozy’s wife continues interviews to promote this new album. This Saturday, October 17, 2020, Carla Bruni was in the RTL studios to participate in the show “On remake the TV”, presented by Eric Dussart and Jade. The opportunity to come back to the launch of “Mask Singer” this Saturday evening on TF1 with Camille Combal and the jury made up of Alessandra Sublet, Jarry, Kev Adams and Anggun. Asked whether or not she wanted to participate in this program, Carla Bruni was very frank: “I don’t know, I like television a lot, but from a cognitive point of view, I have some limits”. What about Fort Boyard? “There are a lot of shows that I couldn’t do. The one where you have to do all the dangerous stuff with spiders and snakes. [NDLR : Fort Boyard], it is appalling what makes them do! “, estimated the former First Lady.

Same sentence for “Koh-Lanta”. “I find it staggering what they are made to do, the poor! And even the whole situation (…) I fear for their health”, Judge Carla Bruni before adding: “I do not know why it doesn’t look heavenly at all. ” On the other hand, if Carla Bruni doesn’t seem comfortable with adventure shows, there is one she would love to participate in! It is about… “Rendez-vous en terre inconnue” presented by Frédéric Lopez on France 2. The reason? “Simply because I like to travel, I like to discover other cultures, other places. It’s just an incredible organized trip. Well, it’s true that we are filmed but it’s a show that I find quite interesting “, explains Carla Bruni before concluding:” I might do it one day before I die “. In any case, the call is launched!

These were the details of the news Mask Singer: Carla Bruni in the casting? She answers for this day. We hope that we have succeeded by giving you the full details and information. To follow all our news, you can subscribe to the alerts system or to one of our different systems to provide you with all that is new.