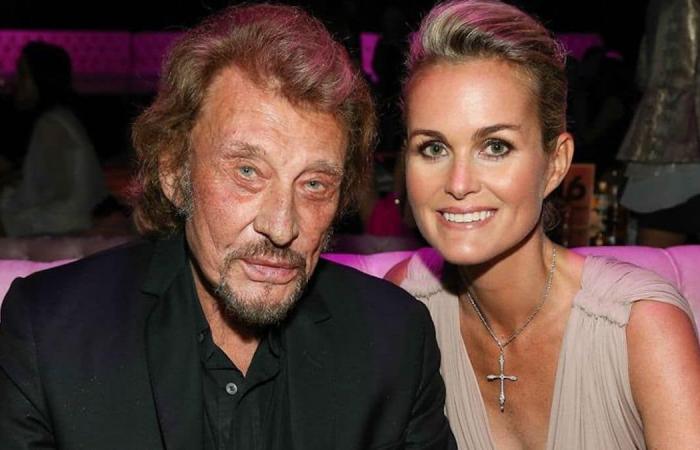 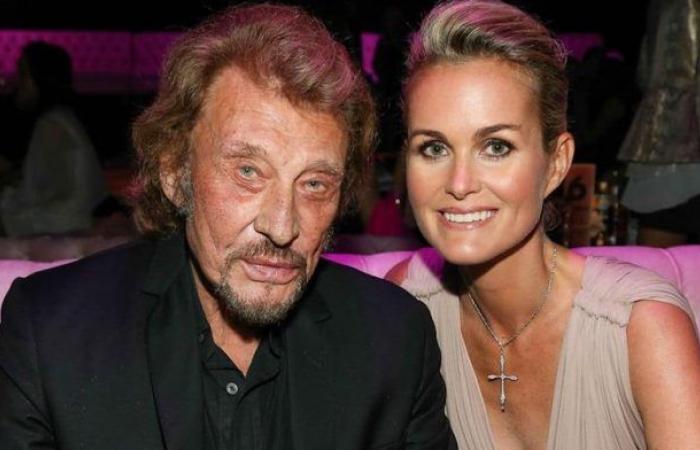 A tribute box to Johnny Hallyday will be released very soon. Laeticia Hallyday shares a story on his Instagram account to remember the event. Jade and Joy’s mother took to social media to publish a photo that appeared in Paris Match a few years ago. The magazine indeed featured Johnny’s crazy crossing Hallyday across the United States of America. Accompanied by his loved ones, the youth idol had once again ridden his Harley-Davidson for a long road trip.

Despite his new life, Laeticia Hallyday therefore continues to honor the memory of her late husband. Moreover, on September 14, Johnny’s widow Hallyday announced on his Instagram account the next release of a new box set. Entitled His american dream, this project will see the light of day on October 23. This box should contain ” His last road trip with his brothers, a unique concert at Beacon Theater of New York, a never-before-heard blues track, an immersion in images of his American tour and other surprises “ specified Laeticia. Pascal’s new companion Balland has therefore reminded fans of the artist of the event that is being prepared in the coming days. According to his own statements, Laeticia is very anxious to hear the reaction of the public. ” I am so proud, so happy to present to you the ultimate American adventures of Johnny “ she had specified on the announcement of this surprise. For Laeticia Hallyday, this box is the sum of considerable work. It is a true tribute which “ reflects my man’s memory and his unconditional love for America, his inspiration ” as she had explained a few weeks ago.

Fans of the rocker will therefore have to wait a few more days before discovering the entirety of this set. And we can already imagine that this will be another huge success. Since his death in 2017, Johnny Hallyday continues to sell an impressive number of albums. And each of the outings concerning him arrive quickly to the top of sales. Heir to the artistic heritage of the rocker, Laeticia Hallyday could therefore reap generous profits. Some detractors even claim that this would be the main goal of the beautiful young woman. On Cyril’s plateau Hanouna, Bernard Montiel had also been very clear, but also somewhat aggressive in these statements. For the columnist of C8, it is actually about replenishing the coffers. Because despite the heritage bequeathed by the star, the finances of Laeticia Hallyday are not as flourishing as they might seem.

She has just put up for sale her sumptuous villa in Los Angeles. She would have decided to lower her lifestyle. Because there is still a significant debt that it will soon have to pay to the French state. The tax authorities always claim from Johnny’s heiress Hallyday an amount of more than 30 million euros still owed to taxes. Moreover, in the long lawsuit between him and Laura Smet and to David, events did not turn out exactly as she expected. She has also just paid more than 1.5 million euros to Johnny’s daughter. Despite the income paid by the SACEM every year, Laeticia Hallyday should therefore imagine new financial income. In any case, this is the theory defended by Bernard Montiel on the set of TPMP. For him, things are extremely clear, the important thing is to quickly grow Johnny’s heritage and to surf on all favorable opportunities.

For others, Laeticia only wanted to pay tribute to the memory of her late husband. This is also the position of David and Laura who would have validated this collector’s box. All the heirs would have found an agreement to ensure the release of this album. Avocados and the producer of Laeticia were also very happy with this successful reconciliation. ” They found common ground for the collector’s box set. It’s just amazing! “ had declared one of the relatives of Laeticia Hallyday. If this project was validated by David and Laura, Johnny’s son has, on numerous occasions, made it clear that he was very attentive to everything that touched on his father’s legacy. He had also warned everyone by specifying that if necessary, he would give his opinion. Laeticia is therefore warned, for David is watching over the grain.

” An artistic heritage is knowing how to dose and not spoil everything by launching concepts en masse. My father was not a product, but a human being, you have to choose the right projects at the right time and not all the time ”He wanted to clarify. In this interview with the site Truth Celeb, David provided even more details ”Beautiful projects are those that are done with thought and over time. For now, I have a lot to do as far as I’m concerned with the promotion of my new album. Obviously, if I see or receive proposals, I will give my opinion “ he explained to the press. Because despite having renounced the heritage of his father, David retains the right to inspect the artistic work: “ I still have my opinion to give. I think it’s always good. (…) I will have my say. The law provides for it anyway “. Because in the conflict between him and his ex-mother-in-law, Laeticia Hallyday, the daddy ofIlona Smet has provided some safeguards. However, concerning this box set available in a few days, it seems to have had real unanimity. The whole clan Hallyday would therefore have agreed to the release of this final tribute.

Thanks to this latest post in an Instagram story, Laeticia Hallyday therefore put a spotlight on her husband and “Her American Dream”. Because if Johnny was belgo-French, America has always been his adopted homeland. The artist also lived in Los Angeles. On numerous occasions, he crossed the states of the continent of his dreams in order to get closer to the roots of rock’n’roll. He had even enacted some of his last wishes to Laeticia on this subject. The rocker actually wanted his daughters Jade and Joy to continue their education in California. This decision is apparently respected by the taulier’s widow. Because despite the sale of his Los Angeles home, Laeticia Hallyday claimed that Jade and Joy would complete their schooling in America well!

*The article has been translated based on the content of Source link by https://www.ldpeople.com/laeticia-hallyday-nous-devoile-le-dernier-road-trip-de-johnny-avant-son-deces-86319/
. If there is any problem regarding the content, copyright, please leave a report below the article. We will try to process as quickly as possible to protect the rights of the author. Thank you very much!

These were the details of the news Laeticia Hallyday reveals Johnny’s last road trip before his death! for this day. We hope that we have succeeded by giving you the full details and information. To follow all our news, you can subscribe to the alerts system or to one of our different systems to provide you with all that is new.