A 12-year-old found a 69 million-year-old dinosaur fossil on a trip... 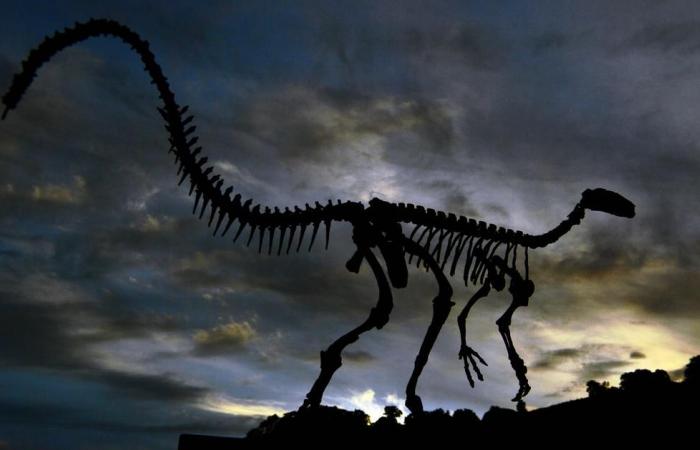 12-year-old Nathan found a dinosaur fossil when he and his father were on a trip in Horseshoe Canyon in Canada, reports CNN.

“It’s very cool to find something so real, that is, to discover a real dinosaur fossil,” Hrushkin told CNN, adding:

– In a way, it has been my dream for a very long time.

The fossil that the 12-year-old found consists of hurmeus bones from the arm of a young hadrosar – a duck-named dinosaur that lived about 69 million years ago, according to a press release from the Nature Conservancy of Canada.

Read also: One of the world’s largest known dinosaur skeletons is now for sale

Read this ?: Killed by his own lion, which he kept in a cage in the backyard

Father and son have often traveled in the area and both had long wondered if there could be any fossils there. So after they finished lunch, Hrushkin climbed up the hill and took a look.

– He called down to me and said: “Dad, you have to come”, and then I realized on the tone that it was something, says father Dion Hrushkin.

– It all looked a bit like a scene in a TV show or a cartoon or something, Nathan says.

They sent photos of the fossil to the Royal Tyrrell Museum of Paleontology, which identified the fossil and sent a team of paleontologists to the site. Fossils are protected by law in Canada, and NCC said it is important that people do not disturb the fossils they can find. The crew has been working at the site for about two months and uncovered between 30 and 50 bones that came from a single young hadrosaur that was about three or four years old, according to the statement.

– This young hadrosaur is a very important discovery because it comes from a time interval that we know very little about what kind of dinosaurs or animals lived in this part of Canada, said François Therrien, curator at the Royal Tyrrell Museum, and adds:

Stay up to date: Get newsletters from Dagsavisen

PS! You are now reading an open article. To access all content from Dagsavisen, see our subscription offers here.

Stay up to date: Get newsletters from Dagsavisen

These were the details of the news A 12-year-old found a 69 million-year-old dinosaur fossil on a trip... for this day. We hope that we have succeeded by giving you the full details and information. To follow all our news, you can subscribe to the alerts system or to one of our different systems to provide you with all that is new.