The crime of beheading a teacher in Paris … Four people,... 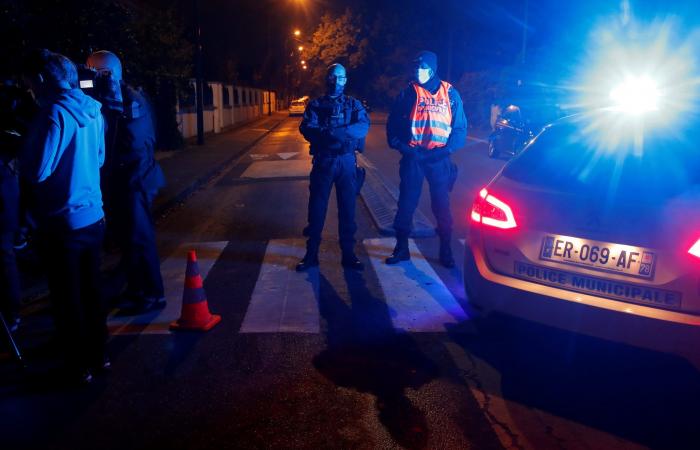 Ankara opened a new door of tension after it came close to activating the air defense system, known as the S-400 (S-400), by testing it, on Friday, in Sinop Province on the Black Sea, where a trail of white smoke was seen rising into the sky.

The video tape showed the launch of a missile, in the coastal city of Sinop, in a bold move that the Turkish government did not officially announce, but issued a notice restricting passage through airspace, according to a newspaper.The New York TimesAmerican.

The move comes after Washington informed Turkish officials that “obtaining Russian military systems such as the S-400 is unacceptable and should not be used, according to a spokeswoman for the US State Department,” Morgan Ortagus.

Ortagus added, “The missile launch is inconsistent with Turkey’s responsibilities as a NATO ally, and we have made clear the potentially dire consequences of our security relationship if Turkey activates the system.”

Turkish President Recep Tayyip Erdogan angered the United States and other NATO allies last year by purchasing the advanced S-400 system, which is intended to counter US F-35 bombers and other advanced Western weapons.

Military officials also complained that Turkey’s use of the Russian system would harm NATO aircraft in the vicinity. The US administration had stopped Turkey’s participation in the F-35 program, warning that sanctions could be imposed on it under a program known as the Anti-America’s Adversaries Act.

Although Ankara has not taken any step to activate its missile system with an agreement with Washington, Turkish President Recep Tayyip Erdogan is trying to raise his negotiation capacity with the United States and NATO, despite the risk of further sanctions, according to the researcher at the European Council on Foreign Relations, Asli Identaspace.

Aydintasbas said that the Turkish move “raises the size of the risk,” adding that “Erdogan is counting on President Trump’s loss in the upcoming presidential elections, believing that he has time to activate the S-400 system because it will take months before a new administration takes over Washington’s foreign policy.”

On the other hand, the Pentagon confirmed, Friday, that it is aware of reports about Turkey’s possible test of the Russian-made S-400 air defense system, warning of the impact of this on relations between Washington and Ankara.

Pentagon spokesman Jonathan Hoffman said in a statement that if these reports were true, the United States strongly condemned this test.

The US Department of Defense (the Pentagon) confirmed, Friday, that it is aware of reports about Turkey’s possible test of the Russian-made “S-400” air defense system, warning of its impact on relations between Washington and Ankara.

He pointed out that “Washington objected to Ankara’s purchase of the system and is deeply concerned about reports that it is operating it,” warning that activating this system will lead to “dire” consequences for the security relationship between the two countries, reminding that Turkey’s participation in the F- fighter program has been suspended. 35 “.

These were the details of the news The crime of beheading a teacher in Paris … Four people,... for this day. We hope that we have succeeded by giving you the full details and information. To follow all our news, you can subscribe to the alerts system or to one of our different systems to provide you with all that is new.