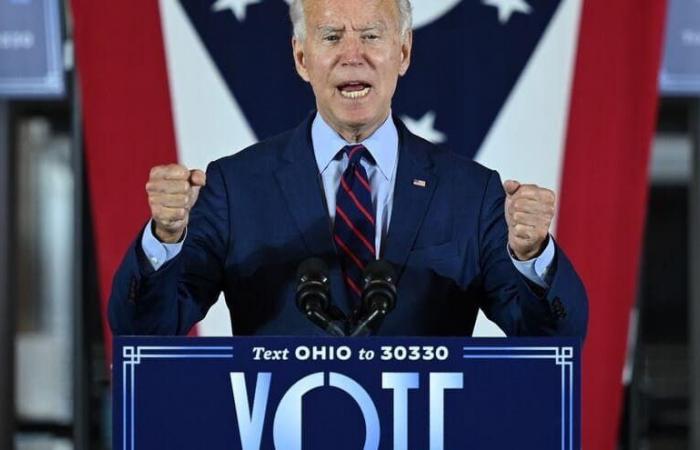 In a series of analyzes produced two months before the vote, political scientists who specialize in election forecasting predict a defeat for Trump.

Every four years, election forecasters meet at the Congress of theAmerican Political Science Association over the Labor Day weekend to present their forecast for the November presidential election. This year, it was necessary to be satisfied with a virtual meeting, but the oracles still spoke. The results of this work have just been published in a symposium of the journal PS: Political Science and Politics (free access) co-directed by my colleague from the University of Montreal Ruth Dassonneville.

These forecasts bode well for President Trump. Twelve models are presented, of which seven relate to the outcome of the electoral college and 10 predict the distribution of the popular vote (five do both). The two tables below summarize the results.

Results of twelve forecasting models for the 2020 election

Of those who predict the Electoral College, five see a victory for Biden and two give the palm to Trump. By popular vote, eight models predict a majority for Biden and two for Trump. On average, the models give Trump 47.8% of the vote from both major parties, a difference of 4.4 percentage points in favor of Biden (52.2%).

Methods vary, but most focus on the objective conditions that prevail shortly before the election (indicators of economic growth and employment) at the national and state level, in addition to measures based on opinion polls. public (President’s approval rating, economic expectations, among others). Some models stand out by showcasing the results of the primaries (Norpoth) or the expectations of citizens (Murr and Lewis-Beck).

Typically, APSA researchers leave out voting intentions and make a single forecast, along with a margin of error and a probability. There is no certainty, but neither is there room for procrastination. A few models are worth looking into.

Helmut Norpoth’s model is both the simplest and the one that predicts the earliest. Norpoth believes that measuring the enthusiasm generated by a candidate on his own side during the primary election helps project the results of the general election. In 2016, Norpoth correctly predicted the victory of Donald Trump (he was in the minority among his colleagues), because Trump had dominated the Republican primaries while Hillary Clinton had snatched against Bernie Sanders. His forecast of 236 electoral college votes for Trump was very close to the final result of 232. In retrospect, his model arrives at a forecast fair for 25 of the last 27 elections (since 1912).

In 2020, Norpoth predicts that Donald Trump has a 91% chance of winning with an estimated 256 Electoral College vote. No wonder his model has caused a lot of talk (see the press review here). If we look at the current trend in voting intentions, his forecast seems perilous. To get to 356 voters, Trump would need to win states where he currently lags by more than twelve points. Norpoth persists and signs. He maintains that Trump should win.

He is not the only one. The pollsAmerican National Election Study conducted over the summer indicated that a majority anticipated Trump would win (see Murr and Lewis-Beck analysis). This method, which consists of relying on “popular wisdom” as expressed by citizens’ forecasts collected by surveys a few months in advance, has worked fairly well in the past. It’s also noteworthy that while current polls of voting intentions clearly favor a victory for Biden, not all polls that ask respondents to vote on the outcome of the race.

For organizers of Biden’s campaign, however, this unusual situation may well turn to their advantage. Indeed, the public’s perception of a high probability of victory for Trump can only help them fight the arch nemesis of all election campaigns: appeasement based on overconfidence to win. Democratic organizers who failed to get the vote out in 2016 because Hillary Clinton’s victory seemed too certain can no doubt attest to this.

The forecasters’ statistical methods are complex, but the principle is simple: on the basis of a statistical comparison of all previous elections and on the assumption that voters react to the economic conditions prevailing during the election. election year, in addition to other measures available a few months before the election, including the approval rating of the incumbent president.

While Trump benefits from the fact that presidents in office after only one term of their party have a head start, the low approval ratings and the dire economic situation the United States finds itself in amid the backdrop of pandemic tend to push the needle in the opposite direction.

Here is one example among the excellent analyzes in this special issue. I’m not really impartial, since it is about the contribution that my colleague Richard Nadeau made with the doctoral candidate at the University of Montreal Philippe Mongrain and two French colleagues, Bruno and Véronique Jérôme (). Taking into account the relevant political and economic variables at the level of each of the states where the selection of the electoral college will be played out, the authors conclude that Joe Biden has a relatively narrow victory according to a geographical distribution quite similar to that of 2016. The authors however mention that this same model had not made it possible to anticipate the last-minute victory of Donald Trump in 2016 (remember that his majority in the electoral college depended on around 80,000 votes spread over three states, Wisconsin, Michigan and Pennsylvania) (NB in ​​a communication following the publication of the initial version of this post, one of the authors told me that the retroactive application of the model designed for the 2020 analysis to the data available before the 2016 election made it possible to “predict Trump’s Electoral College victory by the tiny margin of 272 to 266 votes). Their forecast for 2020 is summarized in the graph below.

The other contributions use different methods to come to more or less the same conclusion. As the polls already clearly indicate, Joe Biden has a good chance of winning the popular vote, possibly by a larger margin than Hillary Clinton’s in 2016. Of course, there is still a grain of uncertainty, but, with the ideological and partisan polarization that has marked the last decades, the American electorate has become like a heavy liner that does not change direction very easily.

It remains to be seen whether Donald Trump’s efforts to mobilize his target voters in the few states that will decide the outcome will bear fruit. The president himself looks confident his magic will work in the home stretch of the campaign, but so far nothing seems to stick. In fact, every highlight of the campaign over the past few weeks has been followed by a slow but stubborn decline in its support. The two most comprehensive forecasting models that track the campaign day by day currently support the models that rely on Biden. FiveThirtyEight’s forecasting team estimates Biden’s probability of victory at 87% and magazine’s The Economist estimate this probability at 91%.

Another 18 days and we will see which of the oracles can go wild for having found the right forecasting formula, while waiting for the next election.

Pierre Martin is professor of political science at the University of Montreal and director of the Chair of American Political and Economic Studies at the CERIUM. We can follow him on Twitter: @PMartin_UdeM.

These were the details of the news Forecasters’ verdict: Biden advantage for this day. We hope that we have succeeded by giving you the full details and information. To follow all our news, you can subscribe to the alerts system or to one of our different systems to provide you with all that is new.