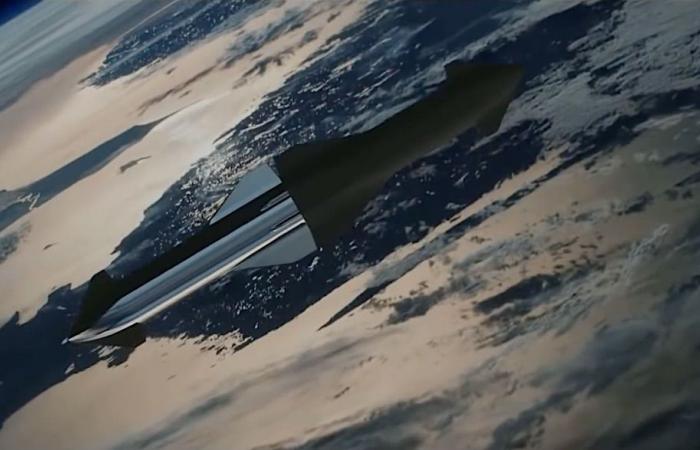 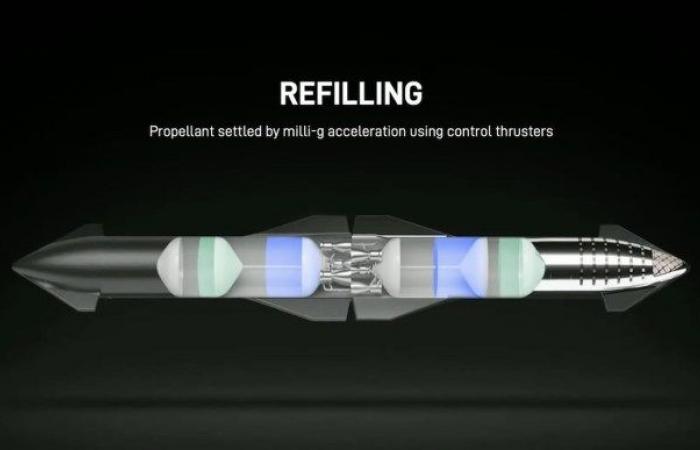 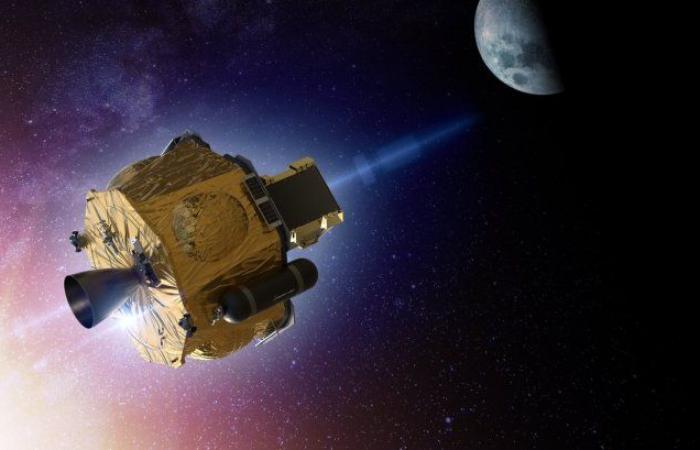 NASA has selected 14 companies for more than $ 370 million contracts to advance technology for human missions to the moon and Mars. The lion’s share of the money goes into flight demonstrations by SpaceX, United Launch Alliance, and other companies that could lead to fuel and fuel depots in space for reusable lunar landers and space transport vehicles.

With the “Tipping Point” awards, NASA can pay companies to conduct technology demonstrations in space after awards for component development and ground tests have been given in recent years.

Approximately $ 256 million of the NASA Tipping Point awards announced on Wednesday of $ 372 million will support the cryogenic storage and fueling technology. The rest will be aimed at developing power, precision landing, communications and other systems to aid future missions on the lunar surface.

NASA Administrator Jim Bridenstine said Wednesday that NASA plans to encourage the development of commercial refueling technologies and fuel depots to aid exploration of the moon and, ultimately, human missions to Mars.

“We have an ambition to get to the moon with the next man and woman by 2024,” Bridenstine said, referring to the agency’s Artemis program. “We want to be sustainable by 2028. For me, this means that our human landing systems should be reusable by 2028, which means we will need some ability to refuel by 2028. ”

Eventually, water ice in the moon’s polar craters could be tapped to produce rocket fuel, air, water, and other resources. In the near future, the fuel depot and refueling technologies will rely on resources launched from Earth.

“Lots of corporations and academic institutions … will find out, and of course NASA is ready to become a customer in the future,” said Bridenstine.

The space agency announced on Wednesday that it would start negotiations with each of the Tipping Point award winners to issue milestone fixed-price contracts with a term of up to five years.

“Many of these different architectures and capabilities will depend on how the private sector innovates,” Bridenstine said at a meeting of the Lunar Surface Innovation Consortium. “This is why I think it is important that NASA work with private industry and academia because they will develop solutions that are extraordinarily unique and diverse that ultimately really power what that fuel ultimately is Depots, regardless of whether they are in orbit around the earth or in orbit around the moon. ”

Lockheed Martin was selected for a $ 89.7 million contract to conduct a space demonstration with liquid hydrogen to test more than a dozen cryogenic liquid management technologies and position them for infusion into future space systems, said NASA. Liquid hydrogen is the most difficult and efficient cryogenic propellant in space as it has to be kept at temperatures below minus 253 degrees Celsius to prevent it from turning into a gas and boiling off.

NASA said Lockheed Martin will be working with the agency’s Marshall Space Flight Center and the agency’s Glenn Research Center on the project.

The United Launch Alliance will demonstrate an “intelligent cryogenic propulsion system using liquid oxygen and hydrogen on an upper tier of the Vulcan Centaur,” NASA said. ULA is priced at $ 86.2 million.

ULA’s next-generation Vulcan Centaur missile is expected to complete its first test flight in the second half of 2021.

A $ 53.2 million award for SpaceX will be used for a “large-scale flight demonstration to transfer 10 tons of cryogenic propellant, particularly liquid oxygen, between tanks on a Starship vehicle,” NASA said.

SpaceX’s spaceship is designed to put more than 100 tons of cargo into low-earth orbit. By docking a tanker truck in orbit, SpaceX could fill a spaceship with methane and liquid oxygen to fire at more distant targets like the moon or Mars.

SpaceX will partner with Glenn and Marshall on the Starship fuel transfer demo, NASA said.

“When we think of companies like SpaceX and the spaceship, their architecture relies heavily on the ability to transmit cryogenics in low-earth orbit to take a system to the moon,” Bridenstine said on Wednesday. “Your system does not appear to require a tank farm around the moon. Your system would require a fuel depot in orbit around the earth. ”

SpaceX’s spaceship is one of three lunar lander concepts selected by NASA in April to transport astronauts to and from the lunar surface. NASA also selected commercial teams led by Blue Origin and Dynetics to work on Human Landing Systems.

“As proposed, the system will be the main payload of a Rocket Lab Photon satellite, collecting critical data on the management of cryogenic fluids in orbit for nine months,” NASA said. “The small company will partner with NASA’s Marshall Space Flight Center in Huntsville, Alabama, NASA’s Glenn Research Center in Cleveland, and NASA’s Kennedy Space Center in Florida.”

Rocket Lab’s Photon spacecraft platform is designed to launch on an electron rocket. Rocket Lab announced last month that it had successfully launched the first Photon spacecraft, designed to accommodate Earth observation sensors, communications payloads, and scientific experiments on missions into orbit and beyond.

NASA has already signed a contract with Rocket Lab to fly a small research mission called CAPSTONE that is slated to orbit the moon using an electron rocket and photon platform next year.

With a cash prize of $ 41.6 million, Intuitive Machines will develop a deployable funnel lander that can carry a payload of more than 2.5 kilometers across the lunar surface and enable the exploration of craters beyond the range of larger conventional rovers.

Houston Alpha Space Test and Research Alliance is receiving approximately $ 22.1 million from NASA to develop a facility to evaluate space science and technology to enable small-scale experiments to access the lunar surface. Maxar Technologies received $ 8.7 million from NASA to help develop a lighter, more cost-effective robotic arm system for operations on the lunar surface, in orbit, and on Earth.

Nokia wins NASA contract to provide $ 14.1 million for early exploration of the first LTE / 4G communications network in space, which NASA said could support remote communications across the lunar surface.

Sierra Nevada Corp. won $ 2.4 million to develop demonstration hardware that, according to NASA, uses methane and concentrated solar energy to extract oxygen from the lunar soil.

These were the details of the news NASA Selects Proposals to Demonstrate Technology for Tank and Fuel Depots... for this day. We hope that we have succeeded by giving you the full details and information. To follow all our news, you can subscribe to the alerts system or to one of our different systems to provide you with all that is new.