Koh-Lanta: Hadja and Alix “rivals” during the adventure, which brought them... 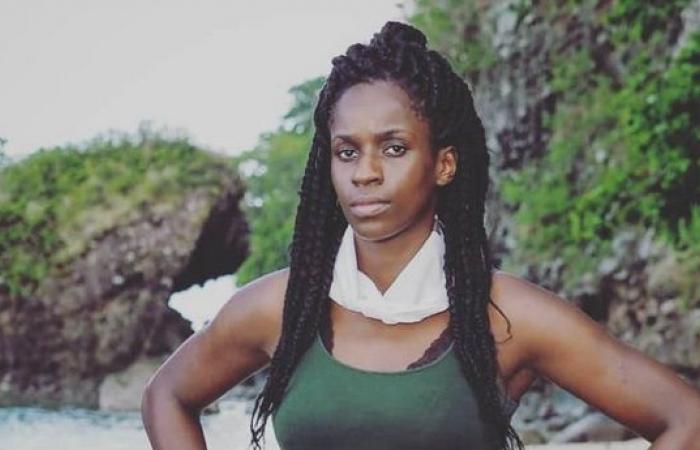 It’s a new season of “Koh-Lanta” that viewers follow every Friday on TF1. With the end of the regional teams, the candidates still in the running were divided into two teams, with on one side the yellows whose captain is Alix and on the other, the reds of Bertrand-Kamal. Since the launch of the show, a candidate has been talking about her on social networks. This is Hadja, a former member of the Eastern team. On October 3, after the broadcast of episode 6 of the game, the latter drew criticism from Internet users for having voluntarily stopped the game of comfort. By doing this, the 28-year-old handball player deprived her comrades of a call from their relatives.

His behavior towards Alix during the immunity test has also been singled out. Faced with the controversy, Hadja grabbed her Instagram page to respond. “When I saw myself on TV I laughed. But I’m really like that. I didn’t do that to provoke her or to destabilize her. It was when she was shooting that I was like ‘yeah!’ so it was not at all to destabilize her, “she explained.

With this behavior, Hadja did not gain Alix’s sympathy. And on social media, negative comments rocketed, so much so that Alix stepped in to provide an update on his current relationship with Hadja. And against all odds, the two adventurers are now very close and accomplices. “It was an honor to have fought by her side and especially AGAINST HER … Why !? Because this crazy girl is like me. This chick is: natural leadership, a big mouth, an incredible athlete, a woman of character, a mule head and above all the queen of twerking “, she began.

And to continue: “I fought against her, during the game. And then the things of life brought us closer. She was there, in the hardest moments. My best support. So the networks, etc. c ‘ is funny for a moment, but you don’t know how important this chick was to me. I love you my reus “.

I open the networks and I see your messages which have neither tail nor head, your insults, your good and bad comments. . In fact I explain to you, it was an honor to be beaten by her side and especially AGAINST HER. . Why !? Because this crazy girl is like me. This chick is: natural leadership, a big mouth, an incredible athlete, a woman of character, a mule head and especially the queen of twerk. . This woman I fought against her, during the game. And then things in life brought us closer. She was there, in the toughest times. My best support. . So the networks etc it’s funny for a while but you don’t know how important this chick was to me. I love you my reus. . #twerk #sister #love #war #family #kohlanta #queen #friends #friendship #survivor #hadjaalix #life #smile

These were the details of the news Koh-Lanta: Hadja and Alix “rivals” during the adventure, which brought them... for this day. We hope that we have succeeded by giving you the full details and information. To follow all our news, you can subscribe to the alerts system or to one of our different systems to provide you with all that is new.