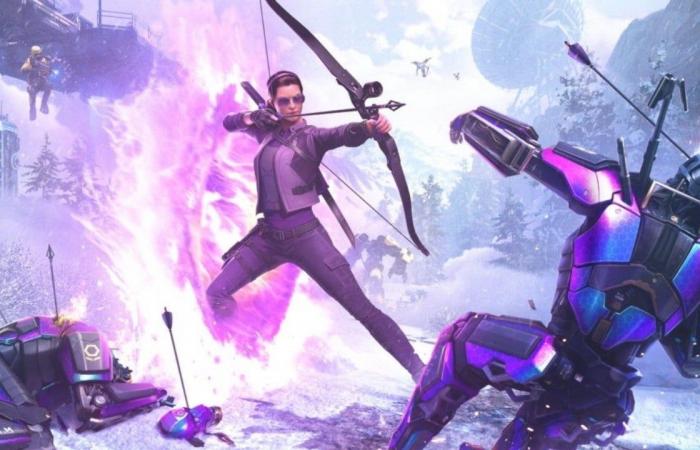 Square Enix and Crystal Dynamics have delayed the next major updates for Marvel’s Avengers, pushed the next-generation versions into next year, and delayed the addition of the game’s first DLC character, Kate Bishop. In a post on the Avengers blog, Crystal Dynamics’ studio director Scot Amos apologized for the “slight delay” on the Kate Bishop DLC, but stated that it was because new content was being given time for extensive internal testing. “With that in mind, we’ve decided to postpone the start of Kate Bishop’s operation a little outside of October,” Amos said, but no new date has been set for this first new character.Additionally, Amos stated that next generation updates will be pushed back. “We also made the decision to launch PlayStation 5 and Xbox Series X | Postpone it until next year to make sure we give our team the time to deliver a next generation experience that shows everything this game is supposed to be, ”he said.
While a next-generation version with optimized upgrades will not be available for a while, Amos notes that playing the current-generation versions on PS5 or Xbox series consoles will benefit from improved frame rates and faster load times. These are issues that Avengers are certainly suffering from in the current generation, so there should be a noticeable benefit. Amos also confirmed that existing saves will be carried over to next generation consoles.

In addition to addressing the delays, Amos apologizes for the problems Avengers suffered in the first few months. “The launch of Marvel’s Avengers was not without its turmoil, and we see a number of issues affecting your enjoyment of the game,” he said. “This is not the craftsmanship of Crystal Dynamics, and we sincerely apologize for that.”

As a thank you to the players who suffered from this launch, Crystal Dynamics is giving all players 1500 credits, 7000 units, 250 upgrade modules, 20 DNA keys and a Sarah Garza-inspired nameplate. These rewards will be added to your account if you sign up between October 22nd and November 5th.

While the most anticipated content has been delayed, Amos reassured players that the studio is working on performance and stability, multiplayer matchmaking, rewards and content for later games. This includes a frequently requested ping system and the ability to replay the campaign with your high-level gear.

For more information, check out our report on Marvel’s Avengers, the promise of new missions and modes, and our guide to the Avengers Initiative’s online mode.

These were the details of the news Marvel’s Avengers DLC and next-gen versions are delayed for this day. We hope that we have succeeded by giving you the full details and information. To follow all our news, you can subscribe to the alerts system or to one of our different systems to provide you with all that is new.