Why some animals have a penis bone that is shaped like... 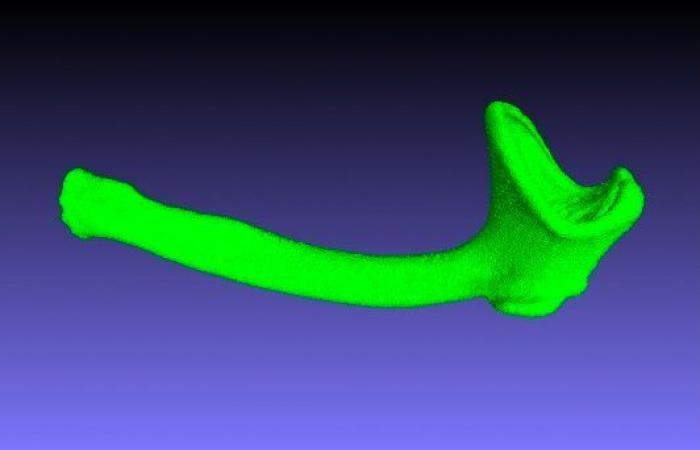 The “penis bone” or baculum is one of the most mysterious structures in mammalian biology. To date, nobody really knows what it does or why it has disappeared in humans, horses, elephants, and a few other species.

A 3D analysis of 82 penis bones from different animals has now shown that some of the strangest Bacula can prolong sex very well, trigger ovulation in females or scoop out sperm from other romantic encounters.

The male honey badger’s penis bone, for example, has one of the craziest appearances. It’s almost in the shape of an ice cream scoop, and this development could have been designed to stave off competition and make sure a man’s offspring are actually his.

In the study, complex shapes were not linked to the size of an animal’s testicles, but they were poorly correlated with prolonged copulatory fits and induced ovulation, suggesting that these bones help reduce sexual competition.

While previous studies have shown that penile bone width is somehow related to more offspring in the house mouse, we still don’t know why that is. The theory that these male penis bones somehow lengthen intercourse and beat the competition has been put forward, but the results are mixed.

Maybe because we overlooked one of the most important functions.

“The reason natural historians are so intrigued by Bacula is because they have many unusual features: strange ridges and grooves, strange curves and bizarre points,” said Manchester Metropolitan University lead author and biologist Charlotte Brassey in 2018 about the predecessor of the study team.

“Our study is particularly new to a 3D approach to understanding penile bone development. However, all previous attempts to examine the baculum have simplified the bone to very basic measurements of length and width, and all of this ignores shape information. ”

While penis bones vary dramatically in size and shape by type, the results of the current analysis by Brassey and team suggest that the “most complex” penile bones, including those with intricate tips, hooks, scoops, and urethral grooves, are common in carnivores and humans Oddly enough, monogamous species.

Unlike other penile bones, which come to a blunt and abrupt end, it is believed that animals with more sophisticated tips have evolved under increased sexual competition.

“Contrary to our expectations, however, ‘socially monogamous’ species have high values ​​for optimal baculum complexity,” the authors write.

That doesn’t make sense at first; monogamous partners would certainly face less sexual competition after copulation than those species that mate with multiple males.

Nevertheless, the authors state that social monogamy is not to be equated with genetic monogamy. The African wild dog, for example, is classified as monogamous, but there is evidence that communal breeding is clever.

While group carnivores appear to evolve into a simplified, rod-like baculum, the authors found that the penis bones of socially monogamous species evolve into a highly complex shape.

Polygamous seals and sea lions, on the other hand, are much less exposed to sexual competition because they live in harems in which a man mates with several women. Interestingly, the feathered bacula ends in a relatively simple point, while the penile bones of wolves and dogs have deep urethral grooves and evidence of adhesions to the glans of the globe.

The current study, based on X-rays from modern museum samples, is one of the most rigorous analyzes of penile bones in carnivores. Unfortunately, the three-dimensional nature of female genitals has historically been overlooked and much less understood.

Hence, we cannot say for sure how the penile bones actually work during sex. The team therefore hopes to be able to analyze these structures from within the female reproductive tract in the future.

Such research could allow us to better understand how the baculum works during sex, although we may place too much emphasis on the bones themselves. After all, the analysis of a single ossified element says little about the complexity of the glands or the cartilage that sits on them.

“This element is currently missing in most museum specimens and therefore in our analysis,” the authors admit.

Future research must also include soft tissue from the penis so that we can better understand how and why the baculum evolved the way it evolved in different species – and why some species, like us, are lacking one.

“As mammals, and especially monkeys, it is unusual for humans not to have a penis bone,” says Brassey.

“By examining the role of baculum during mating, we also hope to shed further light on why some mammals, including humans and hyenas, can reproduce so successfully without baculum.”

The study was published in the Royal Society procedure B..

This article was originally published by ScienceAlert. Read the original article Here.

These were the details of the news Why some animals have a penis bone that is shaped like... for this day. We hope that we have succeeded by giving you the full details and information. To follow all our news, you can subscribe to the alerts system or to one of our different systems to provide you with all that is new.

PREV ‘They all died on the same day’: a Benin doctor on her fight against COVID-19
NEXT Trump, returning to political stage, flirts with 2024 run