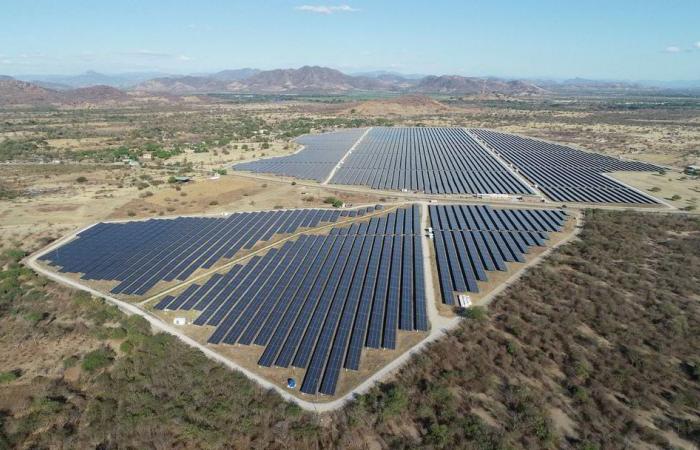 Scatec Solar is developing solar power plants all over the world and has become a favorite in the stock market. The share has risen 76 percent so far this year.

The company now announces that it has signed a binding agreement to buy all the shares in SN Power from state-owned Norfund for 1.166 billion dollars, corresponding to 10.9 billion kroner.

SN Power is best known for the production of hydropower in developing countries.

In a separate press release, Norfund writes that last year it launched a structured sales process of SN Power aimed at international financial and industrial players. In July this year, the board has decided to enter into exclusive negotiations with Scatec Solar.

– The goal was to get the best agreement that delivers on Norfund’s mandate. Here, Scatec Solar came up with the best offer, and we are pleased to contribute to a Norwegian company now becoming a leader in both water and solar, says Norfund CEO Tellef Thorleifsson.

As a result of the acquisition, Scatec Solar will now change its name to only Scatec as it becomes a broader energy company.

This is SN Power

«The acquisition is an important part of Scatec Solar’s expanded growth strategy, which includes a broader investment in hydropower, wind power and energy storage in addition to solar energy. The new company will have a unique portfolio of power plants, a broad geographical presence and an attractive portfolio of new project opportunities “, the announcement from Scatec Solar states.

– Hydropower and solar energy complement each other by providing opportunities for the sale of additional services and optimization of the supply of power from various energy sources. We also see great project opportunities in new growth markets in South-East Asia and southern Africa, in addition to access to projects with liquid solar energy in combination with hydropower, says Raymond Carlsen, CEO of Scatec Solar in a statement.

The acquisition is financed through a combination of available cash from the balance sheet of Scatec Solar, a seller credit of USD 200 million, a term loan of USD 150 million and USD 700 million in acquisition financing from Nordea, DNB, BNP Paribas and Swedbank.

The acquisition financing is available 12 months after the transaction has been completed and is expected to be refinanced through debt and equity.

According to the company, the acquisition is expected to deliver a return well above Scatec Solar’s cost of equity and that it will be highly profitable on underlying earnings in 2020 and beyond.

This is how the merged company will be

Minister for Development Aid Dag-Inge Ulstein is brilliantly satisfied and believes that the sale of SN Power shows how the government’s investment in building renewable energy through Norfund has been profitable.

– When these investments provide a good return and it becomes possible to sell to private investors, we get an opportunity to create more development through the released funds can be used for new investments, he says.

On Friday, Scatec Solar also presented results for the third quarter that did not live up to analysts’ expectations.

Scatec itself uses so-called proportional results in its reporting as, according to the company, this provides a better overview of actual earnings. The proportional income fell in the quarter compared with last year due to lower construction activity, which was only partially offset by higher income from power production.

“Ebitda fell by 26 per cent compared with the same period last year and by 24 per cent compared with the previous quarter, primarily driven by low construction activity in the quarter,” the report states.(Terms)Copyright Dagens Næringsliv AS and / or our suppliers. We would like you to share our cases using a link, which leads directly to our pages. Copying or other form of use of all or part of the content, can only take place with written permission or as permitted by law. For further terms see here.

These were the details of the news Giant acquisition from Scatec Solar: Buys SN Power from Norfund for... for this day. We hope that we have succeeded by giving you the full details and information. To follow all our news, you can subscribe to the alerts system or to one of our different systems to provide you with all that is new.