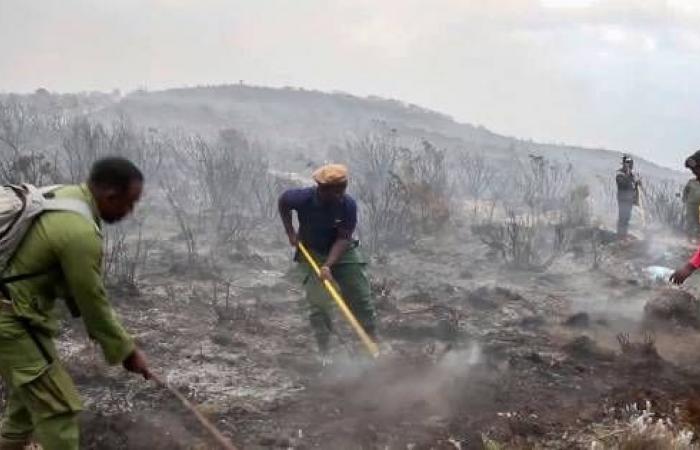 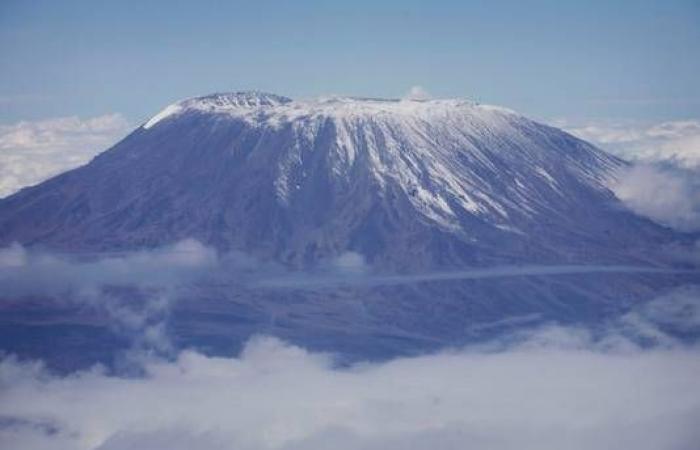 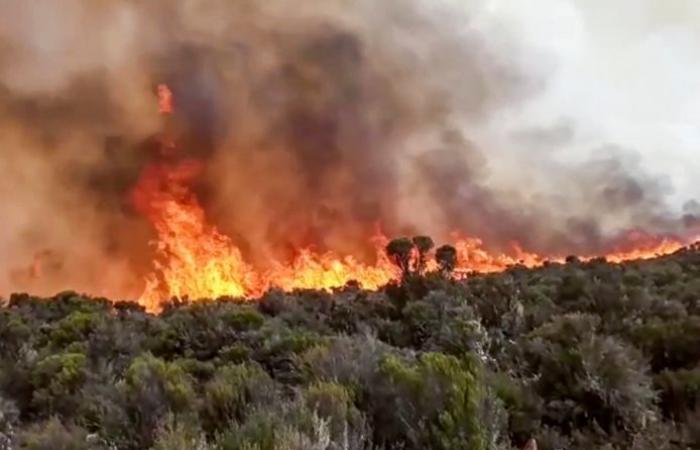 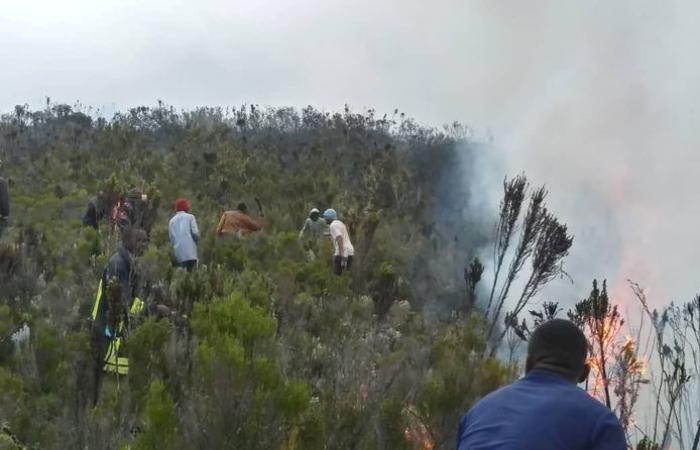 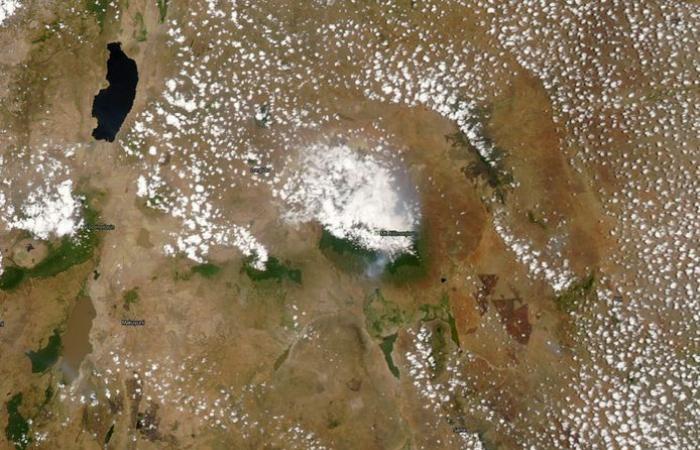 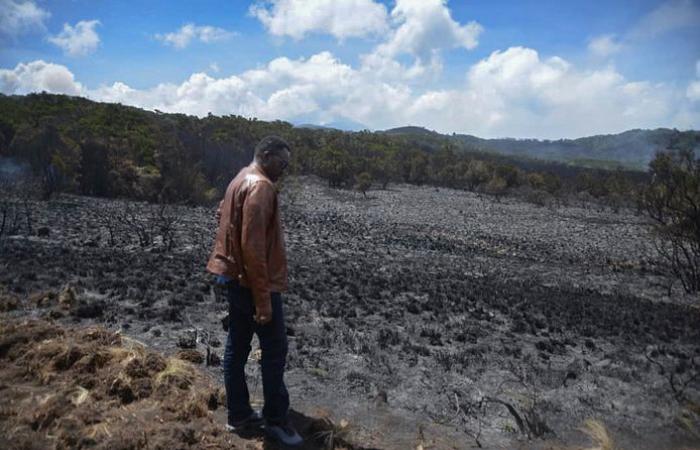 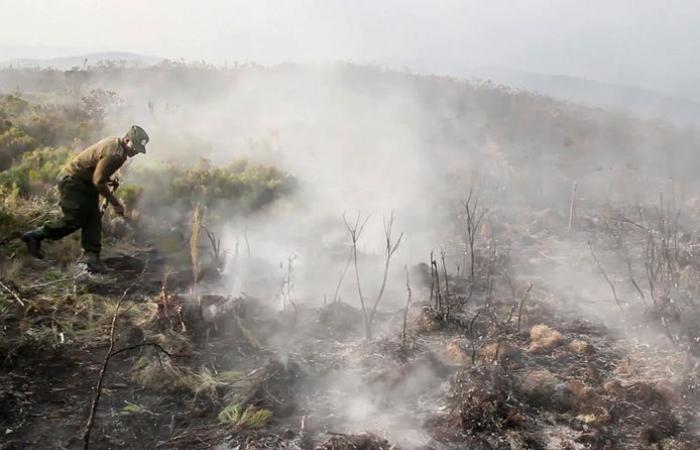 VIDEOThe wildfire on Kilimanjaro in Tanzania, East Africa, is spreading, as can be seen on satellite images. A camp of mountaineers from Switzerland and other countries had to be broken up because of the advancing flames. The Tanzanian government is hoping for help from firefighting planes and helicopters.

“Besides my Swiss group, there were five or six other groups who had to break up their tents at midnight,” says German mountain guide Henning Schmidt, who has lived at the foot of Africa’s highest mountain in Tanzania for 15 years. “Due to the strong wind the fire is spreading further and further.”

A group of Germans, Austrians and Swiss who were on their way today to a camp at 4,600 meters, reported that there was a strong wind and a thick layer of ash was on their tents.

(Read more below the photo.)

Tanzanian Minister of Natural Resources and Tourism Hamisi Kigwangalla said on Twitter on Thursday that he has asked for helicopters and planes with firefighting capabilities to help the more than 500 volunteers fight the wildfire on the slopes of Kilimanjaro National Park. According to him, the fire has spread, making it more difficult to control the fire. “The challenge is the strong wind, the dry grassland and the bushes,” he said.

The firefighters, he said, made progress in suppressing the fire until it flared up again on Wednesday due to strong winds. This created enormous flames that could be seen up to 30 kilometers away in the town of Moshi.

The fire broke out on Sunday on the southern flank of Kilimanjaro, in the Whona area between the Mandara and Horombo huts at 2,700 and 3,725 meters, respectively. These are the only overnight accommodations with dormitories for tourists who climb the mountain via the so-called Marungu route. It is also called the ‘Coca-Cola route’ because it is said to be the easiest route to the almost 6000 meters high top of the mountain.

According to the minister, the flames already destroyed some 28 square kilometers of mainly tree heather and also the Horombo Tourist Camp, including twelve huts, two toilets and solar energy installations. The fire spread over an area known as Kifunika Hill, located at an altitude of some 2,900 meters. The height and poor accessibility of the area, with only footpaths, makes the extinguishing work more difficult. The cause of the fire is not yet known, but there are indications, according to park rangers, that vegetation was ignited by an open fire to prepare meals for the mountaineers.

The 5.895 meter high Kilimanjaro is the symbol of Tanzania. Mountain tourism provides a lot of employment and brings in a lot of money.

According to unconfirmed reports, some huts have been reduced to ashes by the fire.

*The article has been translated based on the content of Source link by https://www.ad.nl/buitenland/brand-op-kilimanjaro-breidt-zich-uit-toeristenkamp-geevacueerd~a870524a/?referrer=http%3A%2F%2Fwww.bing.com%2F
. If there is any problem regarding the content, copyright, please leave a report below the article. We will try to process as quickly as possible to protect the rights of the author. Thank you very much!

These were the details of the news Fire on Kilimanjaro spreads: tourist camp evacuated | Abroad for this day. We hope that we have succeeded by giving you the full details and information. To follow all our news, you can subscribe to the alerts system or to one of our different systems to provide you with all that is new.