Falcao’s goal against Chile: the ‘Tigre’ after a tie in qualifying... 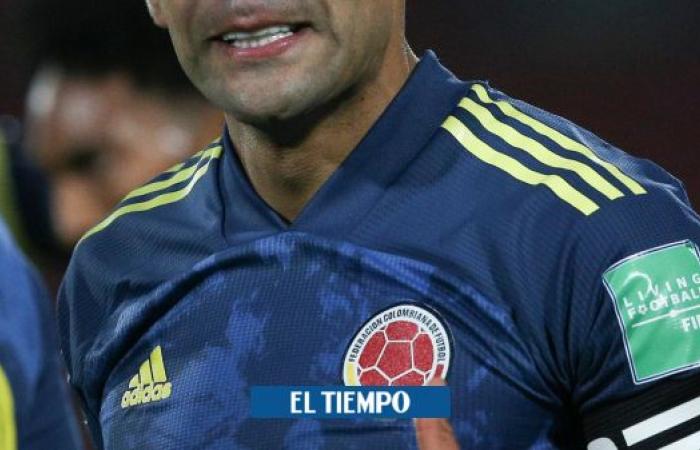 The second date of the South American qualifiers for the Qatar 2022 World Cup left Colombia with a pleasant feeling of success, because although it did not manage to beat the national team in Santiago de Chile, it did achieve a valuable draw.

The first goal was headed by midfielder Jefferson Lerma, who received a masterful cross from Stefan Medina, who had stolen a ball. However, Medina was injured in the middle of the first half and the ‘coffee growers’ were a bit uncomfortable without their side.

(It may interest you: Falcao’s heart saved a golden point for Colombia).

This was taken advantage of by Chile, who scored two goals before halftime. One was from a penalty, executed by Inter Milan player Arturo Vidal. The other came after a rebound and Alexis Sánchez did it.

For the second half, Colombia began to accelerate in its game, but Chile found a way to mess up the game. There were several yellow cards side and side and the pace of the game began to cut steadily.

(Read on: The powerful message Falcao sent to all of Colombia).

However, both coaches made several changes (now, thanks to a Fifa decision, up to five can be made in a single match). Among other figures of the national team, Queiroz entered Falcao García, who quickly joined his offensive game.

On the 90th minute, the ‘Tigre’ took advantage of a rebound and scored a goal that shook the whole country. It is the 35th goal of his career with Colombia.

In the networks, the moment in which Chilean announcers narrated the goal of ‘9’ of the National Team even became very popular, which gave the country a gold point and left their rivals with a bitter taste after they went up on the scoreboard.

(If you read us from the app, see the narration

Falcao is well remembered in that country because on several occasions he has been one of the Colombian forwards who has caused them the most problems. In fact, many remember a match in 2014 in which he scored two penalty goals, they tied a match that went 3-0 and qualified Colombia for the 2014 World Cup in Brazil.

But in 2017, for the qualifiers on the way to the 2018 World Cup in Russia, Falcao also starred in another episode that unleashed Chilean players and fans. Colombia was facing Peru and then an event took place that was baptized by the press of several countries as the ‘Lima pact’.

(We recommend: Should James have been expelled? The clamor of the Chilean people).

Although it was not confirmed, some pointed out that, from the forward’s hand, an agreement was made with the rivals not to attack each other. This served Colombia because it guaranteed their direct classification and allowed Peru to access a playoff quota. However, it hurt the Chileans, who were in the race to obtain that same position.

Thus, the match was tied and both teams were able to go to the World Cup without major complications.

These were the details of the news Falcao’s goal against Chile: the ‘Tigre’ after a tie in qualifying... for this day. We hope that we have succeeded by giving you the full details and information. To follow all our news, you can subscribe to the alerts system or to one of our different systems to provide you with all that is new.