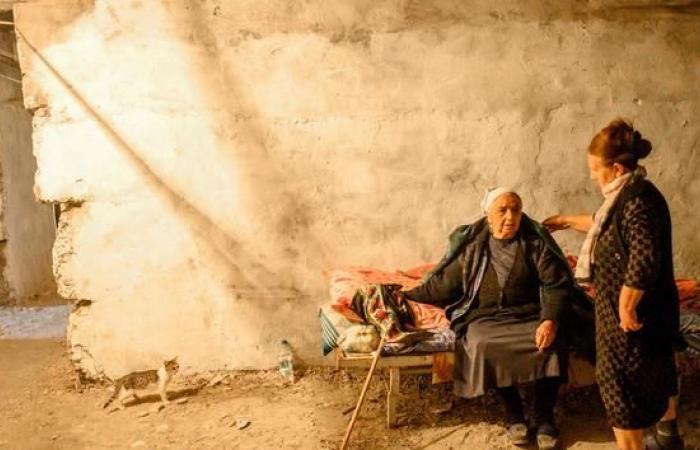 Twenty deputies asked Thursday, October 15 for recognition “without delayBy France of the separatist Nagorno-Karabakh Republic, in the grip of armed clashes between Azerbaijan and the Armenian independence forces.

In a resolution tabled in the National Assembly, which is unlikely to be debated in the House, MEPs François Pupponi (Liberties and Territories) and Guy Tessier (LR) called on the government “to proceed without delay to the recognition of the Republic of Artsakh and to the establishment of diplomatic relations with its authorities with a view to obtaining a final settlement of the conflict».

The resolution was co-signed by around twenty LREM, LR, Modem, Agir, Libertés et Territoires deputies and one elected socialist. The text states “the absolute need for Nagorno-Karabakh to ensure its full sovereignty outside any Azerbaijani administration, under penalty of eradication of the Armenian populations, within final borders determined in a multilateral negotiation including the authorities of Artsakh“. He further asks “to achieve a final settlement of the conflict guaranteeing the lasting security of civilian populations».

Tuesday, a demonstration “for the recognition of Artsakh»Gathered several hundred people, near the Palais Bourbon, at the call of the Coordination Council of Armenian Organizations in France (CCAF) which welcomed the initiative of the French deputies.

More than 170 elected officials, including the PS mayor of Paris Anne Hidalgo and the LR president of the Auvergne-Rhône-Alpes region Laurent Wauquiez, also called on France to come out of its position of neutrality in the face of “Azerbaijani aggression against ArmeniansIn Nagorno Karabakh. The head of diplomacy Jean-Yves Le Drian had already rejected the calls of French elected officials to take the side of the Armenians in the conflict of Nagorno Karabakh, arguing of the necessary “impartialityOf France linked to its status as mediator.

*The article has been translated based on the content of Source link by https://www.lefigaro.fr/flash-actu/une-vingtaine-de-deputes-francais-pour-la-reconnaissance-de-la-republique-du-haut-karabakh-20201015
. If there is any problem regarding the content, copyright, please leave a report below the article. We will try to process as quickly as possible to protect the rights of the author. Thank you very much!

These were the details of the news About twenty French deputies for the recognition of the Nagorno-Karabakh Republic for this day. We hope that we have succeeded by giving you the full details and information. To follow all our news, you can subscribe to the alerts system or to one of our different systems to provide you with all that is new.