Top Republicans suggest the possibility that the White House is lost 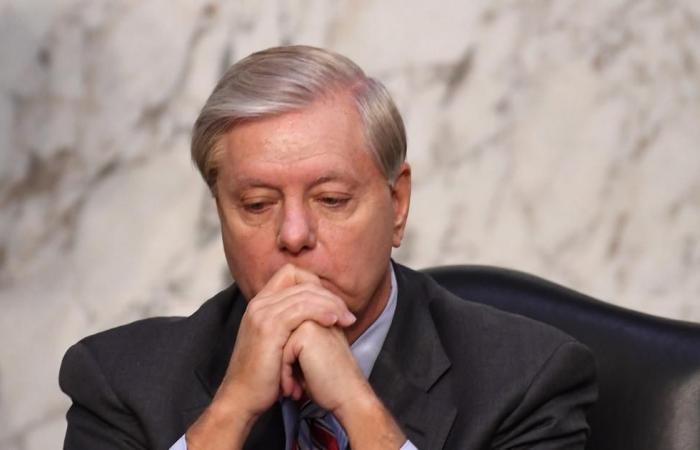 When the fourth day of the hearing on Amy Coney Barret’s candidacy for the Supreme Court began on Thursday, Graham, who chairs the Justice Committee, had a message for the Democrats.

“You have a good chance of winning the White House,” said Graham.

Also read: How voters in the United States vote

The Senate Judiciary Committee will vote on Amy Coney Barrett’s candidacy for the US Supreme Court on October 22.

It decided the committee, where Republicans have a majority, during Thursday’s hearing, to protests from Democrats.

– This is a farce, says Democrat Amy Klobuchar in a comment.

The decision means that the vote may come before the committee has heard everyone who will have their say on whether Barrett should get a seat on the US Supreme Court.

Democrats believe the appointment of a new member after Ruth Bader Ginsburg should be postponed until after the November 3 election. For Republicans, however, it has been important to get the appointment in the box before the election, and before the Supreme Court on November 10 will hear a case about the Democrats’ health care reform, also called Obamacare.

“If there is anyone in the United States who is ready for the Supreme Court, it is Barrett,” said Lindsey Graham, a Republican who chairs the Justice Committee.

Graham has a far more defensive attitude towards the presidential election on November 3. When Thursday’s hearing round began, he went a long way in acknowledging defeat in advance.

“You have a good chance of winning the White House,” Graham told his Democratic colleagues.

Read also: This is about the dispute over the US Supreme Court

Thursday’s consultation round goes without Barrett himself, who has explained himself to the committee for two days. In his explanation, Barrett emphasized that she is her own woman, that neither she nor others are above the law and that she will consider each case carefully from a legal point of view.

– It is not Amy’s law, it is the law of the American people, she said, among other things.

In the explanations, Barrett tried to distance herself somewhat from more solid statements she has made in the past about, for example, health reform and abortion. She also turned away from politically motivated questions, such as whether President Donald Trump can pardon himself. He is under several investigations.

Barrett would also not answer whether she supports the decision the Supreme Court made in 1973 to allow self-determined abortion. It is not uncommon for candidates to hold the cards close to their chests.

Disrupts the balance of power

One of the most controversial moments came when Vice Presidential candidate Kamala Harris questioned her. Then Barrett would not say whether she thinks there is racial discrimination in the current electoral system, or what she thinks about climate change.

The news agency AP writes that several leading Democrats under the table also confirm that there is now nothing that can stop Barrett from being approved by the Senate and take a seat as the ninth judge in the Supreme Court. If she is approved, the balance of power in the Supreme Court will be shifted to 6-3 in favor of the judges who are referred to as conservatives.

The Senate process is controversial as Republicans for months blocked Barack Obama from getting his Supreme Court nominee approved last election year. The Republicans then believed that such an important appointment had to be postponed until after the presidential election.

Read also: That’s why suburban women are so important in the election

One thing the American media has picked up in connection with the hearings is that both Republicans and Barrett himself now speak far less harshly about Obamacare.

– I am not here on a mission to destroy the health care reform, Barrett said when she was under intense questioning from the Democrats.

Despite the fact that the Republicans have supported the lawsuit against the health care reform, which will be up in the Supreme Court on November 10, the reform may be so popular that it must stand, albeit with some adjustments.

Senate Majority Leader Mitch McConnell said this week that “no one thinks the Supreme Court will crack down” on the health care reform law. John Kennedy, a Republican from Louisiana, went even further and suggested that those who believe Obamacare is about to fall are intoxicated.

These were the details of the news Top Republicans suggest the possibility that the White House is lost for this day. We hope that we have succeeded by giving you the full details and information. To follow all our news, you can subscribe to the alerts system or to one of our different systems to provide you with all that is new.