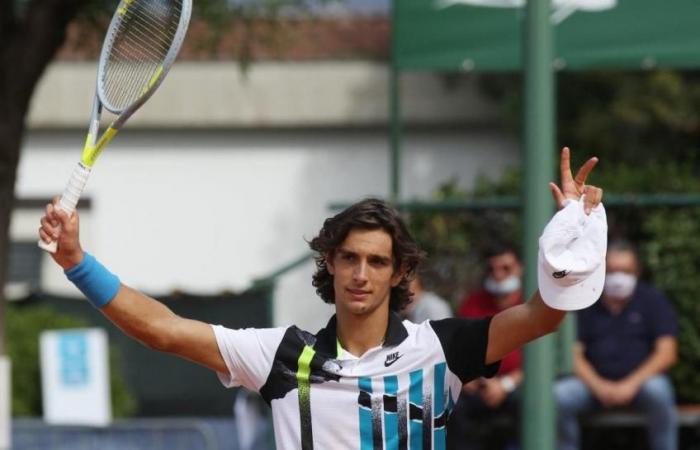 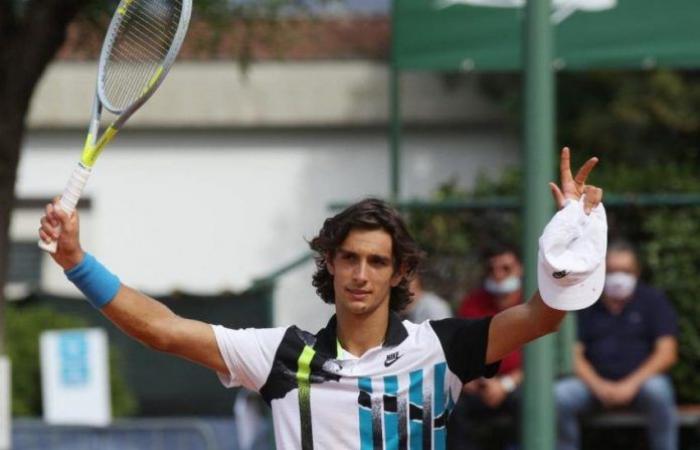 History is written step by step. Lorenzo Musetti advanced this Thursday on the clay of the Forte Village Sardegna Open, becoming the first player born in 2002 to reach the quarterfinals of an ATP Tour tournament.

At 18 years old, the Italian #NextGenATP continues to stand out as one of the great future figures on the circuit and his performance in the Sardinian ATP 250 is the latest example. The current world No. 143 beat compatriot Andrea Pellegrino 6-2, 6-1 in just 59 minutes of play, showing remarkable confidence in his chances.

Without delivering a single round of service, Musetti secured 82% of the points played with first serve (23/28) to fight his way to victory. After upsetting former Top 20 Pablo Cuevas in the first round of the tournament, completing one of the biggest victories of his career, Musetti has shown coolness to keep taking steps forward.

“I knew it was not easy. I went to the court very concentrated, playing each ball as if it were the first,” said the Italian player, whose adaptability was clear in Sardinia.

“I played a very solid game, although today it was not easy to play with the wind. The conditions were complicated and I managed to make them play in my favor” His merits began to accumulate with great recent performances on Italian soil, where he accumulates a balance of 16 wins in 21 games since returning to competition.

An effort that has allowed him to go from No. 280 to No. 143 in a handful of weeks. After winning his first ATP Masters 1000 matches by climbing to the third round of the Internazionali BNL d’Italia, with triumphs over Stan Wawrinka or Kei Nishikori, the Tuscan lifted his first ATP Challenger Tour title on the clay of Forli.

Now, with momentum on his side, he will play the quarterfinals of the Forte Village Sardegna Open against German Yannick Hanfmann, who won 6-2, 6-1 over No. 3 seed Casper Ruud. At 18 years and 7 months, Lorenzo Musetti is the second youngest player in the FedEx ATP Rankings Individual Top 500.

Only the Spaniard Carlos Alcaraz, owner of the 158th place at 17 years and 5 months, belongs to that segment of the classification at a younger age than the Carrara player. “We are quite friends,” Musetti acknowledged.

“We had the opportunity to play in the semifinals in Trieste and it was a beautiful match. He is a very humble player, a great worker with a huge level of play. He has already won two Challengers and is doing really incredible things. But I focused on my way. It’s an encouragement but I don’t think of it as a race with Carlos ”

*The article has been translated based on the content of Source link by https://www.tennisworldes.com/tenis/news/Atp/39636/lorenzo-musetti-hace-historia-en-cerdena/
. If there is any problem regarding the content, copyright, please leave a report below the article. We will try to process as quickly as possible to protect the rights of the author. Thank you very much!

These were the details of the news Lorenzo Musetti makes history in Sardinia for this day. We hope that we have succeeded by giving you the full details and information. To follow all our news, you can subscribe to the alerts system or to one of our different systems to provide you with all that is new.