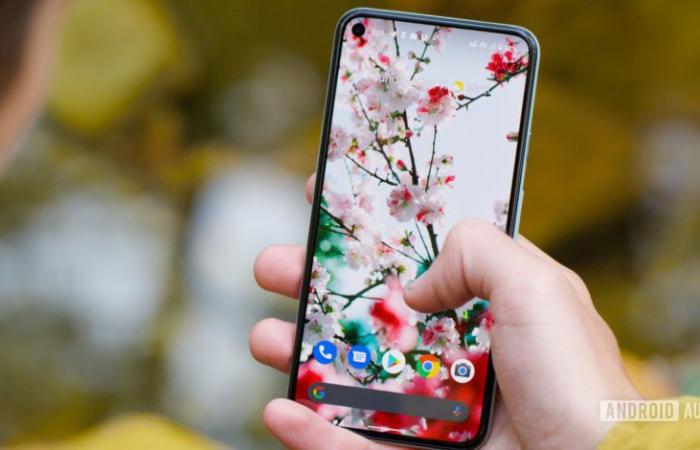 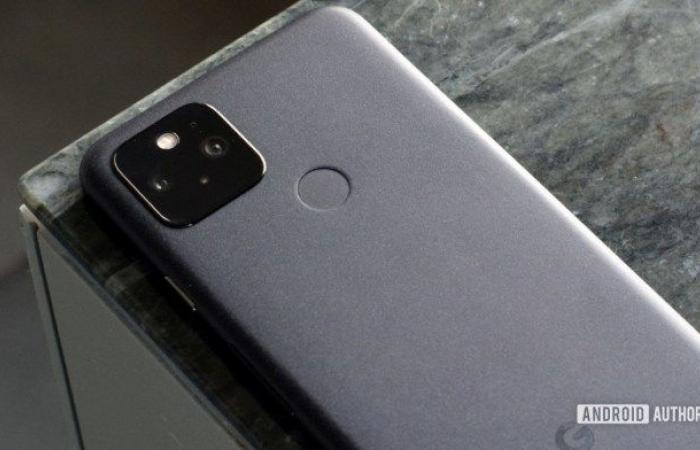 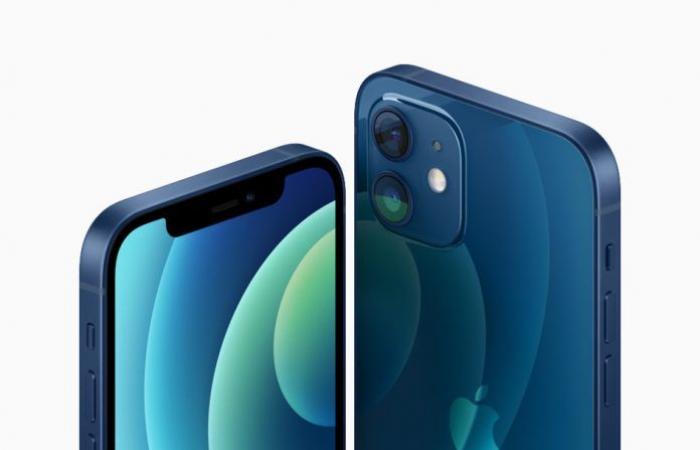 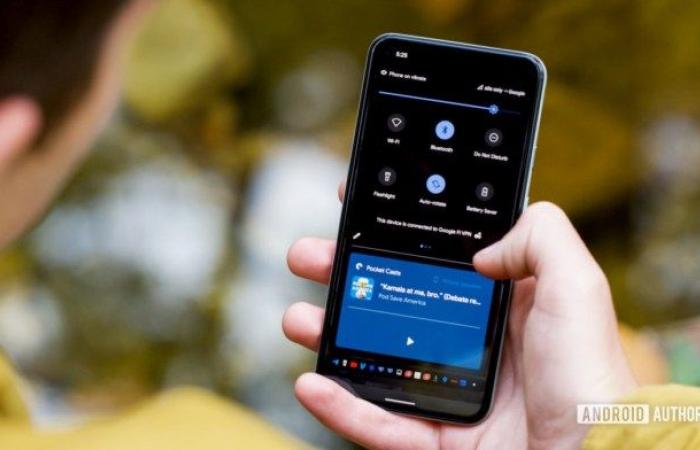 The Google Pixel 5 was announced just a few weeks ago. It offers 5G support and continues the Pixel tradition of having great cameras and innovative features. That’s all in a phone that costs $ 699. This week, Apple announced the iPhone 12, which also packs impressive hardware and software in a phone that costs just $ 100 more at $ 799. But which one is better: the Pixel 5 versus the iPhone 12?

We haven’t fully reviewed both devices yet, but we still have some initial thoughts and opinions based on their spec sheets and our first Pixel 5 review. Here’s our early look at Google Pixel 5 versus iPhone 12.

For the front-facing camera, the Pixel 5 has a hole cutout in the top left corner of the screen. Meanwhile, the iPhone 12 continues to use a large notch at the top for the front camera and face-scanning sensors. The notch is a little dated at this point, but if you’re already using an iPhone, you’re probably used to it – and it enables Apple’s Face ID technology.

The Pixel 5 uses Gorilla Glass 6 on its display, while the iPhone 12 opts for a new material called Ceramic Shield. It is made using a process that incorporates nanoceramic crystals into the glass. This is said to offer better protection against falls compared to previous iPhone models.

This year, the new Pixel returns to the tried and tested fingerprint sensor on the back and leaves the Soli movement sense of last year behind. The iPhone 12 uses face reading sensors in the notch mentioned above to unlock the phone. Both phones have IP68 certification for water and dust resistance, but neither have a headphone jack.

The Pixel 5 is available in the colors Just Black and Sorta Sage. The iPhone 12 offers a greater variety of colors with the options black, white, product red, green and blue. 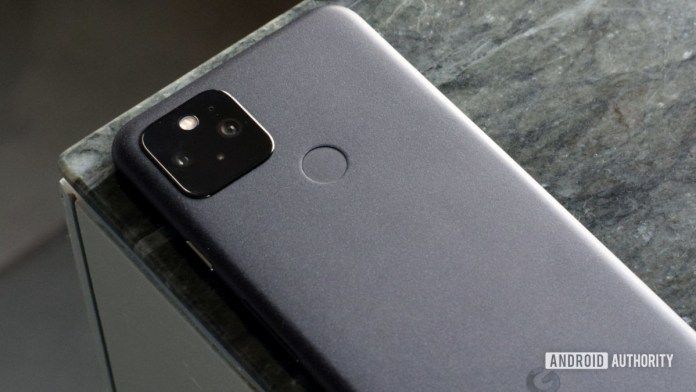 Google incorporated the mid-range Qualcomm Snapdragon 765G chip into the Pixel 5, which isn’t top-notch but has enough performance for everyday use. Apple is offering its latest and greatest internal chip, the Apple A14 Bionic, in the iPhone 12. While we haven’t tested the iPhone 12’s chip performance yet, we’ll bet the Apple A14 Bionic will blow the Snapdragon 765G chip away in the benchmark test. Both phones support low frequency and mmWave 5G networks. However, the iPhone 12 only offers mmWave support for the US market.

The Pixel 5 has 8 GB of LPDDR4x RAM and 128 GB of onboard storage. We don’t have information about the RAM specs for the iPhone 12 yet, but iOS is generally optimized to do more with less. The phone is available with 64, 128 and 256 GB for storage. There is no way to add storage on either of the phones. 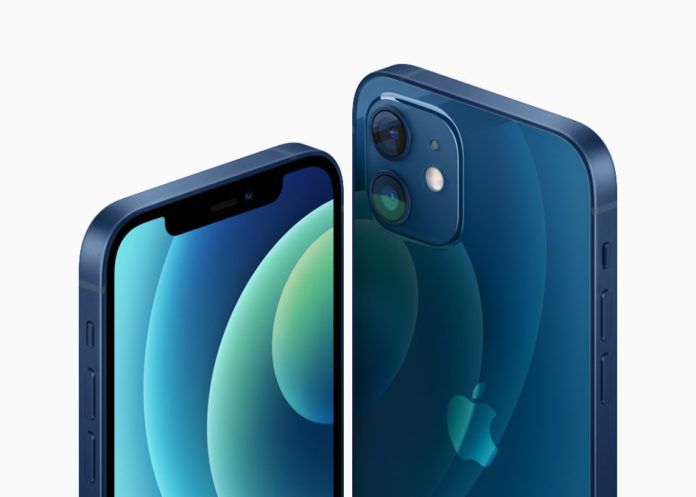 The Pixel 5 has the same 12.2-megapixel main camera we’ve seen in previous Pixel phones for the past two years. However, the secondary camera is a 16-megapixel ultra-wide shooter that dumps the Pixel 4 series telephoto sensor. The phone’s portrait mode now includes Google’s low-light night vision feature and adds locked, active, and cinematic panning modes for better video clips. There is also an 8MP selfie camera on the front. In our initial review of the phone, we found that the Pixel 5 can take solid pictures, but continued use of older sensors shows up compared to other phones with newer sensors and higher numbers of megapixels.

The iPhone 12 includes two rear cameras. One is a 12MP wide sensor while the other is a 12MP ultra wide camera. It also has a 12MP front camera in that big notch on top of the display. We’ll have to wait to see how the iPhone 12’s cameras perform in our full test, but we know it supports HDR and Dolby Vision HDR video recording at up to 30 frames per second. Users can even edit their Dolby Vision HDR video clips on the phone. We also know that it has time-lapse support for night mode as well as night mode for the ultra-wide camera and the front camera. 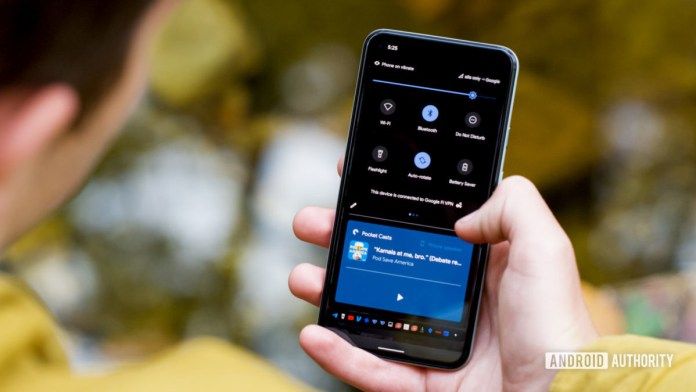 Like all new iPhone models for 2020, the iPhone 12 will be shipped with iOS 14, which Apple has already released for older iPhone models. It includes new features like support for widgets on the phone’s home screen and an app library to help you organize your apps better. It also provides picture-in-picture support for watching videos or making FaceTime calls while still using another app on the phone. You can expect the iPhone 12 to get a long update cycle too.

Pre-orders for the Pixel 5 are available now in the US for $ 699 through the Google Store, Google Fi, Verizon, and retailers like Amazon, Best Buy, and Walmart. Shipping of the phones is expected to begin in late October.

Pre-orders for the iPhone 12 will begin on Friday, October 16, and the phone will go on sale in Apple stores on October 23. Prices for the 64GB model start at $ 799 if you buy it through AT&T or Verizon, or at $ 829 with a fully unlocked model phone.

The Google Pixel 5 might not be the high-end Pixel you expected, but it’s a pretty compelling mid-range option. Google is going back to basics with the Pixel 5 and foregoing high-end features like face recognition and the quirky Motion Sense gestures.

Google Pixel 5 vs iPhone 12: Which Should You Choose?

There’s no doubt that the Pixel 5 is a formidable Android phone for its price point. It has a large 90Hz display, supports Android 11 out of the box, and the camera’s hardware and software are still solid. On paper, however, the iPhone 12 also has a lot going for it, with a slightly larger display, more storage options, and most importantly, a new internal processor that will almost certainly knock the one in the Pixel 5 away inside the Pixel 5. The iPhone 12 also ships with iOS 14 and, like the Pixel 5, is updated very quickly with security fixes and major and minor operating system updates.

Software and price can be the decision maker.

If you’re dying to get an Android phone over an iPhone, the Pixel 5 might be the best product in this price range, just for the OS updates. The iPhone 12 seems to have some impressive specs too, but it’s at least $ 100 more expensive than the Pixel 5. We’ll have to wait for our full review to see if the iPhone 12 is your time and money compared to the iPhone 12 Pixel 5 is worth it, but both look like fantastic purchases on paper.

These were the details of the news Google Pixel 5 vs Apple iPhone 12: Which is Better? for this day. We hope that we have succeeded by giving you the full details and information. To follow all our news, you can subscribe to the alerts system or to one of our different systems to provide you with all that is new.