The struggle of Russia and Iran over southern Syria … from... 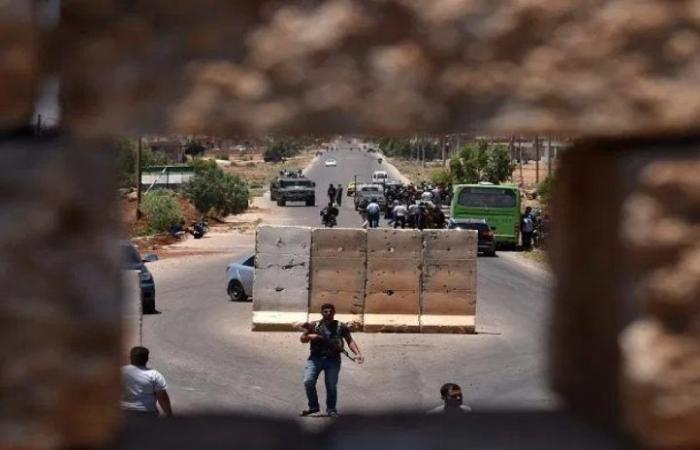 The assassination of 3 former senior leaders of the Syrian opposition in the province of Daraa shed light on the tense atmosphere in southern Syria in light of the conflict of interests between Iran and Russia in that region.

Yesterday, Wednesday, Daraa witnessed the killing of the former opposition leader, Adham Akrad, accompanied by 4 people, two of them from the former leaders of the factions in Daraa, after a car that was carrying them was targeted by unknown persons at the Tabna Junction near the city of Izraa.

According to the Syrian Observatory for Human Rights, the continued killing of former members of the opposition in Daraa Governorate reflects a conflict of interests between Iran and Russia, noting that many of the elements and leaders that participated in the settlement are in the service of Moscow.

On the other hand, unknown gunmen target members and leaders of the Syrian regime army and the militias allied with it.

The Observatory indicated that Russia, in the framework of its endeavor to break the partnership with the Iranians, is seeking to gain absolute control over Daraa, while Iran continues its recruitment process, using financial generosity, so that the number of volunteers among its loyalists in southern Syria reaches more than 7,900, in addition to the Fourth Division led by Maher. Al-Assad is the brother of the head of the Syrian regime, which is known for its loyalty to Iran and which is the spearhead in the conflict with the Fifth Corps, which was established by Russia.

The conflict between Russia and Iran over areas of influence in southern Syria began after the settlement agreements a few years ago, when the opposition factions agreed to hand over areas of their control in Daraa to the regime, in exchange for settling the status of its members, and those who refused settlement went to the Idlib region in the north of the country.

Details of the assassination

And the opposition site “Free Horan Association” had reported more details about the assassination of former opposition leaders.

In a statement, the gathering explained the same story, referring to some additional details, which is that gunmen chased Adham the Kurds’ car and his companions with a “van” type of fuel while they were heading to the capital, Damascus, and then began shooting at the “Kurds” car until all of it was killed.

The gathering pointed out to the Kurds, heading towards the capital, Damascus, to demand the bodies of the dead of the “Free Army” who died in the battle of the abandoned battalion in the middle countryside of Daraa several years ago.

For its part, the opposition Orient Net website pointed to the accusation of killing the “Kurds” and the rest of the leaders behind it, the Political Security Division and the Military Security Branch of the Syrian regime’s army, noting that Adham threatened to ignite demonstrations against the regime.

On the other hand, the opposition newspaper “Jisr” newspaper reported that Adham al-Kurds had been accused by many activists and factions that rejected the settlement agreement of being one of the “godfathers of reconciliations” in Daraa to respond to them: “I am not the godfather of reconciliations, and if you were, they would not have targeted me. We are revolutionaries from Medina.” The cradle of the revolution, we submitted to settlements according to international pressure and we did not abandon our cause. ”

These were the details of the news The struggle of Russia and Iran over southern Syria … from... for this day. We hope that we have succeeded by giving you the full details and information. To follow all our news, you can subscribe to the alerts system or to one of our different systems to provide you with all that is new.