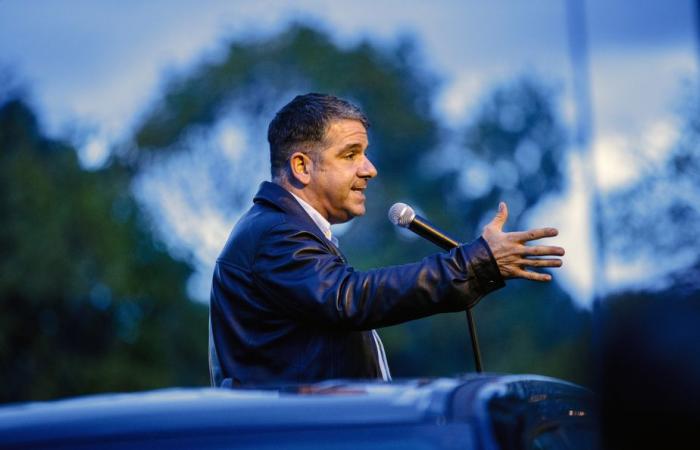 After Facebook, it is Google’s turn to permanently ban the Radio-Quebec channel from its YouTube platform, for violating its policy against medical disinformation surrounding COVID-19. Its host, Alexis Cossette-Trudel, claims to be a victim of censorship.

The closure of the channel followed by tens of thousands of people comes a few days after the broadcast by Mr. Cossette-Trudel of a video entitled “The remedy has arrived”. He affirmed that “we have the cure for COVID”. He based his remarks on public statements by US President Donald Trump, who claimed to have been cured of COVID-19 by the experimental drug Regeneron. “The drug cured him of COVID in 24 hours or 48 hours. The Regeneron cures COVID almost instantly ”, supported Mr. Cossette-Trudel in his video, adding that the hospitals“ will empty themselves ”and that there will be no more deaths,“ zero hospitalizations ”thanks to this remedy which will be “over the counter everywhere”.

“Do we want to continue to confine our populations, to destroy the economy, to break up families, for our COVID hysteria, while in the United States, they have solved everything with the Regeneron? Asked Mr. Cossette-Trudel.

YouTube says it has decided to close Mr. Cossette-Trudel’s channel because it is “medical disinformation.” “We have clear policies against talk that says the virus is a hoax, talk that promotes unsubstantiated medical cures, or that encourages people not to seek medical help. It was one video too many and we put an end to his channel, ”he told Press Google spokesperson Luiza Staniec.

Mr. Cossette-Trudel’s channel was also shut down by Facebook last week, as part of a tightening of its “dangerous people and organizations policy” aimed at eliminating content related to QAnon conspiracy theory. The social network has banned all references to this American conspiratorial group which maintains that the globalist democratic elite is under the control of a pedo-Satanist circle. Mr. Cossette-Trudel has long been one of the apostles of this movement in Quebec.

In the past six months, Google had for its part removed six videos of Mr. Cossette-Trudel from YouTube. “In our rules, there is a rule of three cautions. We put an end to channels that violate our policies three times in 90 days, ”says Mme Staniec. The multinational says it has received numerous complaints and reports from users in recent weeks, “which has triggered a complete review of all content available on this channel.”

“When we re-evaluate all of the content and identify multiple breaches of our policies in the same review, we systematically end this chain,” Mr.me Staniec.

Cossette-Trudel claims to be a victim of censorship

Joined by Press, Mr. Cossette-Trudel, said he was the victim of a censorship campaign by Google. “I have not received any warning from Google. All my videos were factual, ”he defended himself. “I showed clips of Horacio Arruda, François Legault and Donald Trump, and I asked questions. I was commenting without theory. This decision is totally arbitrary, ”said Mr. Cossette-Trudel.

“If they censor me, they censor the president. They replace the President of the United States. There is a fundamental question here about the role of YouTube. They present themselves as experts capable of contradicting the doctors of the White House and the president. I don’t know what hat they are wearing, ”Cossette-Trudel said.

“We are slowly sliding towards a totalitarian state, with a single thought. Anyone who has a different opinion from the official version, we let go of the dogs, as the USSR did at the time of the Truth “, he added.

Google’s decision to shut down the Radio-Quebec channel came a few hours before the implementation of a new user policy prohibiting conspiratorial comments related in particular to QAnon. Approximately 1,800 videos will be removed from its platforms as part of this policy strengthening. “We did not end the chain [de M. Cossette-Trudel] under these new rules, but under the policies that were already in place, ”said the spokesperson for Google.

These were the details of the news YouTube’s turn to ban Alexis Cossette-Trudel for this day. We hope that we have succeeded by giving you the full details and information. To follow all our news, you can subscribe to the alerts system or to one of our different systems to provide you with all that is new.