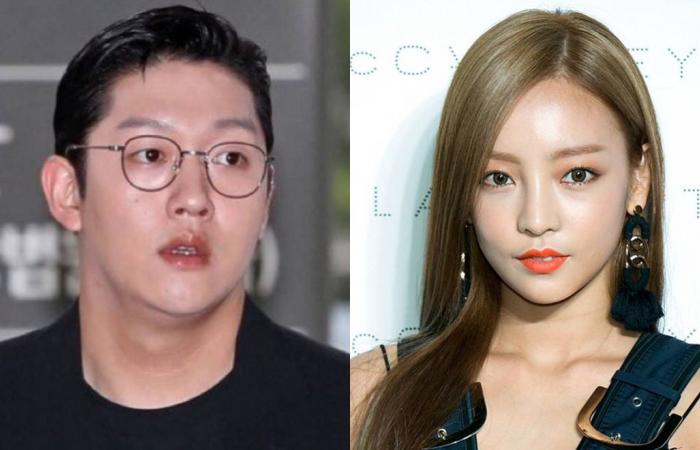 On October 15, the South Korean Supreme Court upheld the one-year prison sentence for Choi Jong Gum, ex-boyfriend of the late Go Hara, on charges of assault and threats, according to local media.

In late 2018, the then-couple were involved in a physical fight. In their respective statements, the former athlete alleged that the K-pop idol attacked him. She replied that she had been blackmailed with a sex tape recorded without her consent.

The case was later referred to the prosecution on separate charges, and the Korean celebrity was suspended.

Choi Jong Bum was brought to trial on charges of intimidation, assault, coercion, damage to property and violating the laws of sexual harassment and assault after police found photos of Hara taken without consent.

Initially, the Justice ruled a suspended prison sentence of three years, subject to evaluation. If he received a sentence on additional criminal charges during that period, he would go to prison for one year and six months.

In the follow-up trial following appeal by both parties (in the case of Hara, by his relatives), the court found that Jong Bum, now 42, received lenient punishment, and sentenced him to one year in prison.

In both processes, he was found guilty of the crimes related to physical assault and threats, but not the illegal recording, as the court determined that there was insufficient evidence to support that they were taken without consent.

In this latest review, held on October 15, 2020, the Supreme Court of South Korea ratified the previous decisions and the penalty of one year in prison for Choi Jong Bum.

Goo Hara was born in Gwangju, South Korea, on January 3, 1991. On November 24, 2019, she was found dead in her home, located in Cheongdam, Seoul. According to police investigations, the star’s death was the result of suicide.

These were the details of the news Goo Hara’s ex-boyfriend Choi Jong Bum sentenced to one year in... for this day. We hope that we have succeeded by giving you the full details and information. To follow all our news, you can subscribe to the alerts system or to one of our different systems to provide you with all that is new.