Bo Coolsaet (81) defends himself against four years in prison for... 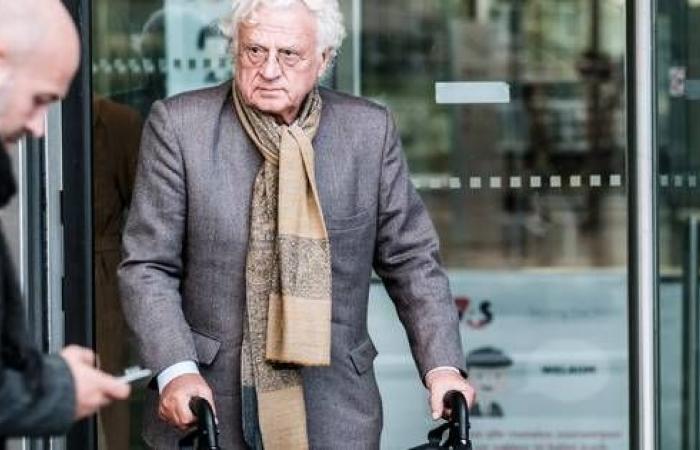 AntwerpBo Coolsaet (81) is on trial at the Antwerp court of appeal on Thursday morning. The urologist is defending his sentence to four years in prison, half of which is effective, for the sexual assault and rape of a minor patient. The prosecutor will again request his acquittal.

The woman, now 29 years old, was 15 when she consulted Coolsaet in May 2006 for abdominal pain. His diagnosis was “interstitial cystitis,” or bladder pain syndrome. The urologist used a vibrating instrument during the treatment, which would help absorb the cream that was inserted into her urethra. According to the woman, Coolsaet brought her to an orgasm with the device and he was also turned on by it. He would have kissed her on the neck and touched the buttocks and breasts. She stopped treatment in June 2009.

The victim had a particularly difficult time with the facts. After going into therapy, she decided to file a complaint in October 2015. Coolsaet strongly denied the allegations. He had used the technique with the vibrating instrument on three hundred other patients. In addition, after the first treatment in 2006, the patient had come for another consultation in September 2008.

The prosecution saw insufficient evidence of transgressive behavior and had requested the acquittal. The attorney mainly relied on the psychiatric report. The victim was in her puberty and had felt the vibrations in her abdomen as an orgasm, but according to the psychiatrist it is not certain whether this was actually the case.

The court found the abuse proven. Coolsaet’s treatment method was not common, according to court experts. That a vibrating device – a sex toy according to the experts – would be necessary to improve the absorption of the cream has not been shown anywhere in scientific literature. According to the court, Coolsaet had abused his position as a doctor to indulge his own sexual appetites on a young girl.

Lawyer Christine Mussche, who assists victim JC, initially waved a series of new complaints against Bo Coolsaet. All those complaints have been dropped due to prescription. One woman filed a complaint with the investigating judge. This complaint will also have no further consequences for Coolsaet. The council chamber decided on Thursday morning that these alleged facts are also time-barred and can therefore no longer be prosecuted.

READ ALSO. Portrait. Bo Coolsaet managed to charm all of Flanders with his charms, now his big ego is forever broken (+)

Coolsaet bought ‘vibrating bar’ to treat women from a company that makes beard trimmers. Does he actually have to go to prison? All questions about process (+)

*The article has been translated based on the content of Source link by https://www.hln.be/antwerpen/bo-coolsaet-81-verdedigt-zich-tegen-vier-jaar-cel-voor-verkrachting-aanklager-vraagt-vrijspraak~a4e1bd26/?referrer=http://www.bing.com/
. If there is any problem regarding the content, copyright, please leave a report below the article. We will try to process as quickly as possible to protect the rights of the author. Thank you very much!

These were the details of the news Bo Coolsaet (81) defends himself against four years in prison for... for this day. We hope that we have succeeded by giving you the full details and information. To follow all our news, you can subscribe to the alerts system or to one of our different systems to provide you with all that is new.