Foreign? Experient? What Palmeiras think about the search for... 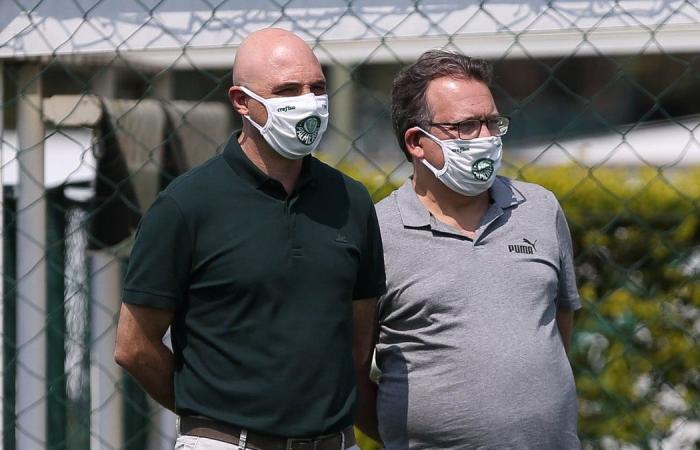 The attitude is to be cautious in choosing the best possible option and avoid mistakes. From this Thursday, the direction will work to define the ideal professional, with the premise of not being able to make mistakes in the decision. Meanwhile, the team will be led by assistant Andrey Lopes.

Earlier this year, Palmeiras even negotiated with Argentine Jorge Sampaoli, but there was no agreement. The Spaniard Miguel Ángel Ramirez, from Independente Del Valle, from Ecuador, was also considered. The club ended up closing with Vanderlei Luxemburgo.

Although there is no rejection of foreigners, there is a caution that the new coach does not have a way of working with very different methods, which would require a longer time for adaptation by the athletes, already in the middle of the season. Even so, the club admits the possibility of hiring someone from another country.

President Maurício Galiotte has as his principle the idea of ​​betting on experienced and more established coaches. After passages by Eduardo Baptista and Roger Machado, for example, the club decided on a sequence with Felipão, Mano Menezes and Vanderlei Luxemburgo.

In the view of the board, there are also no big names available in the coach market, which justifies a more cautious stance when choosing.

Whoever takes over Palmeiras will find the team oscillating in the Brazilian Championship – it is the seventh place, with 22 points, coming from three consecutive defeats. On the other hand, Verdão has the best overall campaign in Libertadores, a round away from the end of the group stage.

These were the details of the news Foreign? Experient? What Palmeiras think about the search for... for this day. We hope that we have succeeded by giving you the full details and information. To follow all our news, you can subscribe to the alerts system or to one of our different systems to provide you with all that is new.

PREV Biden says, no response from N. Korea to US vaccine offer of COVID vaccines
NEXT 25 persons emerge from shell-pounded steel complex in Mariupol