Roche: currency effects eclipse the performance of Diagnostics over 9 months 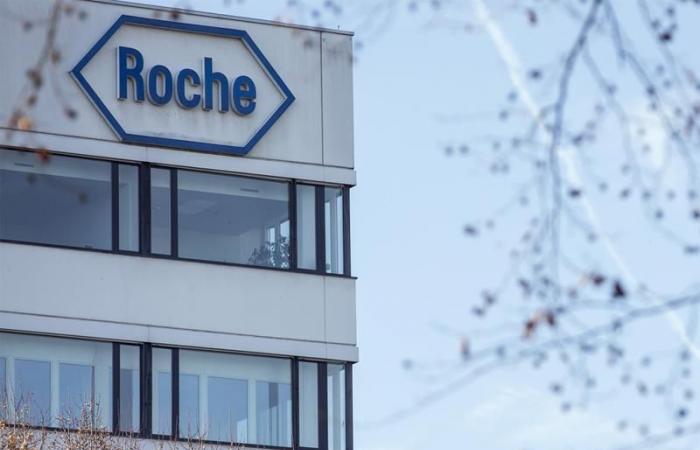 If the revenues of the Diagnostics unit correspond to analysts’ projections, the performance of the Rhine multinational’s core business in medicines is somewhat disappointing.

Roche posted consolidated sales for the first nine months of the year down 5% to 43.98 billion francs. Excluding currency effects, the Rhine laboratory nevertheless posted modest growth of 1% and thus claims to have filled the slump in the second partial.

The relatively modest Diagnostics division took advantage in particular of the pandemic and its range of a dozen offers for the detection of Sars-Cov-2 to increase its revenue from 2% (+ 9% at constant exchange rates) to 9.66 billion.

The Covid-19 portfolio has thus more than made up for the shortfall caused by the health crisis on routine diagnostic products, ensures the interim report released on Thursday. Molecular Diagnostics exploded its contribution from 67% to 1.55 billion, when the other three subdivisions showed contractions of 1 to 13%.

Recognizing a negative impact of Covid-19 on the revenues of its Pharma division, in addition to the now structural impact of competition from biosimilar versions of its traditional sales engines, Roche claims to have nevertheless succeeded in practically filling the shortfall thanks to its new products.

Aging sales drivers in oncology, whose patent protection has expired, continued to decline. Avastin (-22% to 4.02 billion francs) remains the main source of income, ahead of Mabthera / Rituxan (-27% to 3.44 billion). Herceptin (-31% to 3.08 billion) was thrown off the podium by Ocrevus (+ 29% to 3.27 billion) against multiple sclerosis.

Actemra / Roactemra against arthritis and immune overreactions gained 33% to 2.13 billion francs, the diversified anticancer drug Tecentriq 64% to 2.02 billion and Hemlibra against hemophilia A from 79% to 1 , 58 billion.

Freshly approved in August in the United States and expected competitor of the most expensive treatment in history held by competitor and neighbor Novartis, Evrysdi against spinal muscular atrophy has generated 8 million revenue.

If the revenues of the Diagnostics unit correspond to the projections of analysts consulted by AWP, the performance of the Rhine multinational’s core business in medicines is somewhat disappointing. The overall performance is thus a big half a billion francs below average expectations.

Growth must always be between 1% and 5% for the whole of 2020, excluding currency effects. The profit per dividend certificate must follow a similar curve and shareholders can count on a further increase in the dividend. The impact of the strength of the franc is estimated at 6 percentage points on the evolution of income.

Acknowledging a momentary disappointment, analysts remain confident for the Rhine multinational in the longer term.

The recovery continues and the drivers of growth remain intact, but revenues have been more than expected from the now fierce competition from biosimilars, Vontobel sums up.

The good Roche is always an investment opportunity, thanks to its active commitment to the fight against the pandemic and the absence of social, environmental or governance (ESG) problems, assures the Cantonal Bank of Zurich.

These were the details of the news Roche: currency effects eclipse the performance of Diagnostics over 9 months for this day. We hope that we have succeeded by giving you the full details and information. To follow all our news, you can subscribe to the alerts system or to one of our different systems to provide you with all that is new.

PREV Waste is the latest source of inspiration for perfumers
NEXT In Singapore, entertainment lawyer Samuel Seow disbarred for abusing employees, conduct a ‘grave dishonour’ to profession