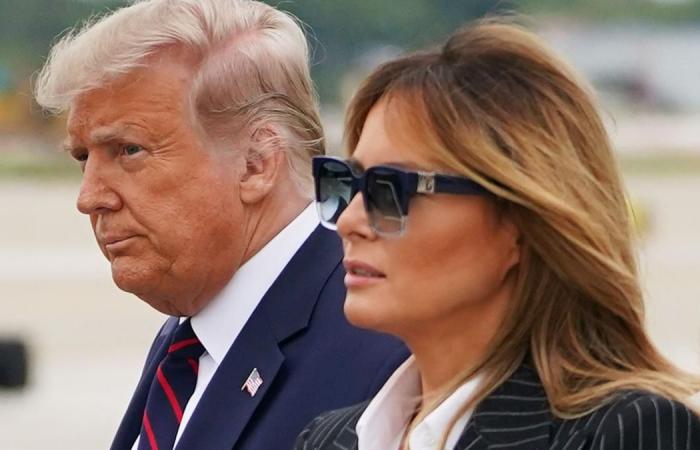 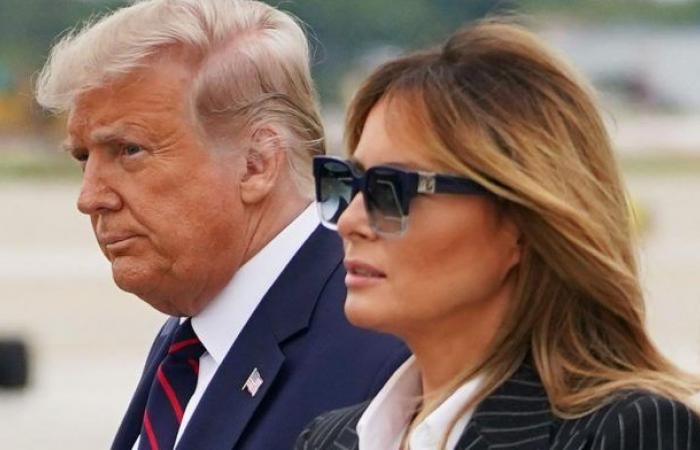 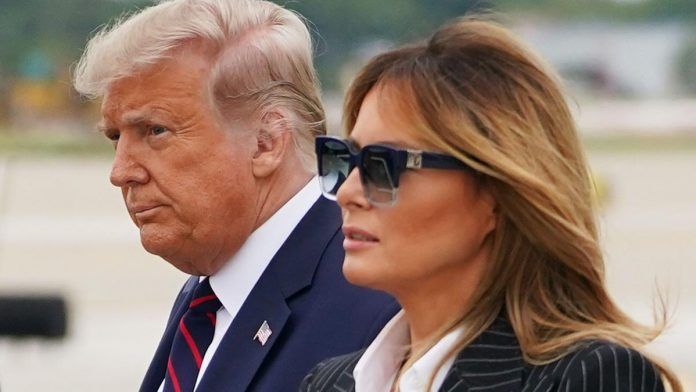 After his discharge from the hospital, US President Trump called on Americans not to be afraid of Corona. His wife has adopted a different tone after her recovery. And she makes it clear that another member of the presidential family was infected.

Fnast two weeks after her corona diagnosis, First Lady Melania Trump announced that US President Donald Trump and her son Barron had contracted the virus. The 14-year-old had shown no symptoms and has now tested negative for the corona virus again, Melania Trump said on Wednesday.

The 50-year-old looked back on her own Covid 19 disease in her message. “I was very lucky that my diagnosis was accompanied by minimal symptoms, even though they all hit me at once and in the days that followed it seemed to be a roller coaster of symptoms.” She has now tested negative for the coronavirus and will soon be back to hers To fulfill obligations.

The US President’s corona diagnosis plunged the US into unprecedented uncertainty a few weeks before the November 3rd election. His illness and especially his three-day hospital stay were followed with as much attention as his return to the public. The first lady, who stayed in the White House, faded into the background.

No one seemed to be asking about son Barron after spokeswoman Stephanie Grisham reported a negative test result on October 2. But it shouldn’t stop there. Melania Trump now wrote: “Like so many parents in the past few months, I couldn’t help but think: ‘What about tomorrow or the day after tomorrow?’ My fear was fulfilled when it was tested again and the test was positive. Fortunately, he’s a tough teenager and didn’t show any symptoms. “

US President Trump has used every opportunity since his discharge from hospital on Monday last week to demonstrate strength. On their return to the White House, he called on Americans to “not be afraid of Covid” and not to let it determine their lives. He also claimed to feel better than he did 20 years ago.

The first lady took on a different tone. While her husband was accused of downplaying the danger posed by the virus and showing no empathy, she expressed her compassion for others affected. “When you are sick, or when you have a loved one who is sick, I think of you and will think of you every day,” wrote Melania Trump. The First Lady also made it clear that it is not a given to be cared for like the US President’s family. And she explained the symptoms she was experiencing: “I had body aches, coughs and headaches and felt extremely tired most of the time.” decided.

Her husband, who is almost 24 years older than many other patients, is unlikely to have had any other choice than aggressive treatment: he had been treated with the antiviral drug remdesivir, anti-inflammatory drugs and an experimental antibody cocktail, among other things. According to many experts, the therapy – contrary to the presentation of the White House – suggested a more serious illness.

With Corona, the risk of a serious disease progression increases with age. Effective treatment methods are being researched worldwide. Drugs such as remdesivir or dexamethasone are used in severe cases.

Melania Trump wrote that during her recovery she had the opportunity to ponder many things – her family, friends and work. She also thought about the “hundreds of thousands of people” who are also affected by the disease across the country. Hundreds of thousands, however, falls short: In the USA, almost 7.9 million infections have been detected. More than 216,000 people have died so far after an infection.

*The article has been translated based on the content of Source link by https://www.welt.de/politik/ausland/article217896096/Achterbahn-der-Symptome-Melania-Trump-schildert-ihre-Covid-Erkrankung.html
. If there is any problem regarding the content, copyright, please leave a report below the article. We will try to process as quickly as possible to protect the rights of the author. Thank you very much!

These were the details of the news “Roller coaster of symptoms”: Melania Trump describes her Covid disease for this day. We hope that we have succeeded by giving you the full details and information. To follow all our news, you can subscribe to the alerts system or to one of our different systems to provide you with all that is new.