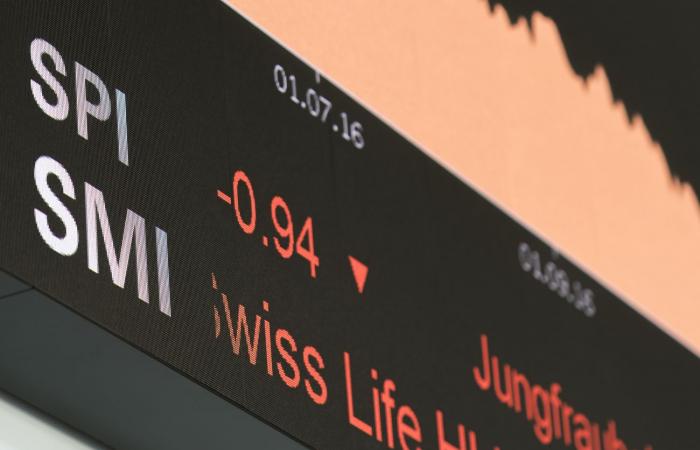 Zurich stock exchange: towards a third session of decline in a row

Of the thirty flagship stocks, only Lonza (+ 0.2%) remained afloat. (Keystone)

The pharmaceutical industry subcontractor has lifted the veil on its ambitions for the next three years, as well as structural changes, announcing in the wake of the entry into office of its new boss Pierre-Alain Ruffieux as of next month.

Pharmaceutical giant Roche (-2.6%) failed to meet analysts’ expectations for the first nine months of the year, despite a pleasant surprise from the small Diagnostics unit.

The two other heavyweights in the index Novartis (-1.0%) and Nestlé (-0.9%) offered only very relative resistance.

The red lantern went to the volatile AMS (-3.3%), without particular indication.
Sika (-1.5%) appeared in the tail wagon, after having seen its recommendation downgraded by two notches to “reduce” by Baader Helvea, who in the process raised the price target. According to the Geneva broker, the jump of more than a third of the price since December is too fast and too high, justifying the profit taking.

On the enlarged market, the manufacturer of composite materials Gurit (growth + 1.4%) reported increased sales over the first nine months of 2020, despite the crisis, thanks to its strong presence in the wind sector.

The Zurich biotech Kuros (untreated) will enhance its capital increase with an additional tranche, thanks to the commitment of the Dutch Optiverder to exercise all its subscription rights.

The day before, the main Wall Street indices ended in the red, weighed down by statements by the US Secretary of the Treasury, who suggested that a new plan to support the economy would not be voted before the presidential election of November. The Tokyo Stock Exchange also ended sharply lower on Thursday. “Endless procrastination on both sides – Democrat and Republican – is unlikely to reach a deal until November 3,” CMC Markets’ Michael Hewson said in his morning commentary. .

In the macroeconomic chapter, China reported a sharp slowdown in inflation in September (+ 1.7%), after an improvement in supplies in the food sector. Analysts expected a less pronounced deceleration (+ 1.9%) after the 2.4% increase observed in August. (AWP)

*The article has been translated based on the content of Source link by https://www.agefi.com/home/marches-et-produits/detail/edition/online/article/la-bourse-suisse-risque-de-connaitre-jeudi-sa-troisieme-seance-de-baisse-daffilee-alors-que-le-nombre-de-nouvelles-infections-au-coronavirus-atteint-des-niveaux-inedits-dans-plusieurs-pays-499341.html
. If there is any problem regarding the content, copyright, please leave a report below the article. We will try to process as quickly as possible to protect the rights of the author. Thank you very much!

These were the details of the news Zurich stock exchange: towards a third session of decline in a... for this day. We hope that we have succeeded by giving you the full details and information. To follow all our news, you can subscribe to the alerts system or to one of our different systems to provide you with all that is new.