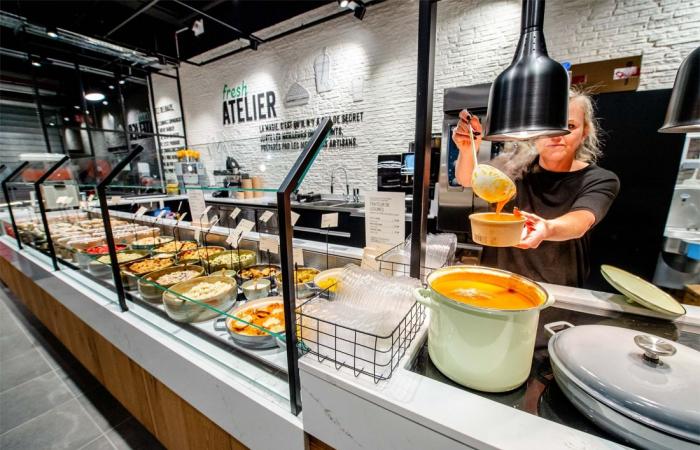 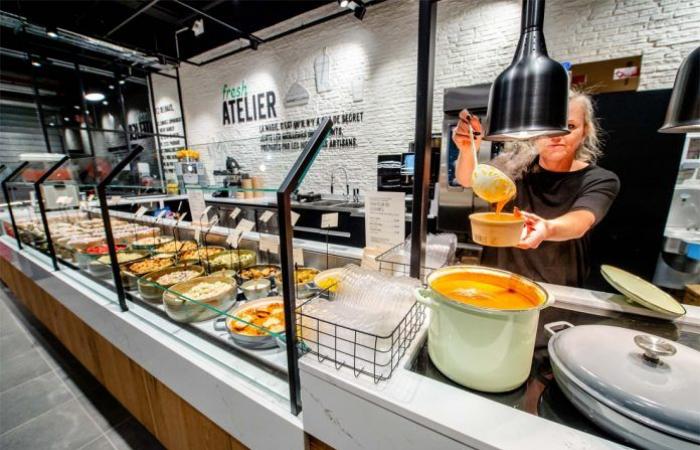 Delhaize will no longer open new Fresh Atelier stores. Existing stores will be given a new purpose. The supermarket group announced this on Wednesday. The corona crisis is causing a lack of passage in the hip city shops.

Delhaize opened its first Fresh Atelier in 2018, in the Ravenstein gallery in Brussels. For example, salads, soup, sandwiches to warm meals and sushi were mainly aimed at urban audiences or commuters, for example. Delhaize’s ambitions in 2018 were high. The retailer then estimated the potential of the city shops at 200 stores within three years.

The concept is now being discontinued, it sounds at Delhaize. Some of the ten existing stores in Brussels, Antwerp and Leuven will eventually be converted into Shop & Go stores and some will be converted into a new, still unknown, concept. A shop (on the Meir in Antwerp) will eventually close its doors. One Fresh Atelier (Brussels North Station) will continue to exist for the time being.

The supermarket group says it will stop using Fresh Atelier because the concept no longer meets the needs of the customer due to the corona crisis. There is much more homework, less passage in the cities and far fewer commuters are on the road every day. “Corona has caused a break in the trend. There is clearly less demand for on-the-go products, and that weighs on profitability ”, the company says.

The consequences for employment will be minimal, a spokesman expects. Only 2 to 3 people work in the Fresh Ateliers, and the new stores also need staff.

*The article has been translated based on the content of Source link by https://www.nieuwsblad.be/cnt/dmf20201014_96064059
. If there is any problem regarding the content, copyright, please leave a report below the article. We will try to process as quickly as possible to protect the rights of the author. Thank you very much!

These were the details of the news Delhaize pulls the plug from Fresh Ateliers for this day. We hope that we have succeeded by giving you the full details and information. To follow all our news, you can subscribe to the alerts system or to one of our different systems to provide you with all that is new.