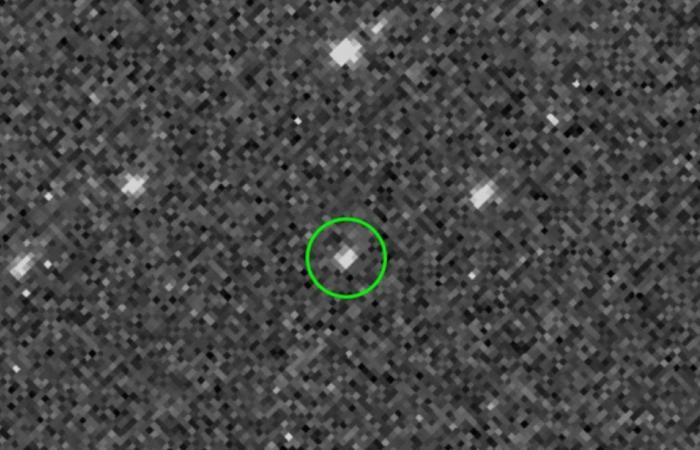 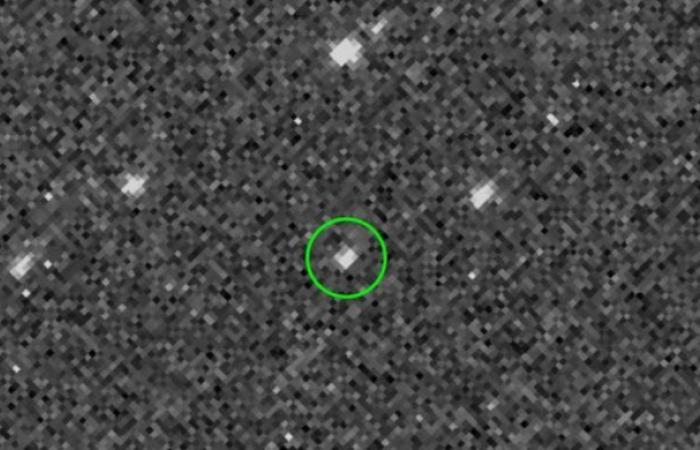 One day Bennu could get dangerously close to Earth. The risk is low, but NASA still wants to research the asteroid in detail. The “Osiris Rex” probe has been circling Bennu for almost two years – and is now starting a very special experiment.

The planned asteroid maneuver is anything but easy: “I will navigate into a room that is about three parking spaces wide and surrounded by boulders the size of a house,” said the probe “Osiris Rex” via the short message service Twitter. There she lets the US space agency Nasa, like many of their other spacecraft, communicate in first person form. “Pretty tricky.” “Osiris-Rex” is supposed to take a sample from the asteroid Bennu on Tuesday (October 20th) – and bring it back to Earth later.

The deep black Bennu with a diameter of around 550 meters could come very close to the earth in more than 150 years. Even if the risk of impact is very low, Nasa Bennu is one of the most dangerous asteroids currently known – and therefore wants to research it very carefully. In addition, the scientists hope that the mission, which costs around one billion dollars, will provide information about the formation of the solar system more than 4.5 billion years ago, because asteroids are remnants of it.

The approximately six meters long and 2100 kilograms heavy probe “Osiris Rex” (the abbreviation stands for: Origins, Spectral Interpretation, Resource Identification, Security-Regolith Explorer) is the first US missile to make its way to an asteroid to take a sample and bring it back to earth. The Japanese space probe “Hayabusa” landed on an asteroid back in 2005 and in 2010 brought the first soil samples ever collected from such a celestial body to Earth. There have been other flights to asteroids, but no other probe has yet returned material to Earth.

“Osiris-Rex” was launched from the Cape Canaveral spaceport in September 2016 and arrived at the asteroid around two years and around 650 million kilometers later. The probe had previously photographed the asteroid from a distance – and even this small point of light had inspired the NASA scientists. “I can’t explain enough to you how much that means to my team,” Nasa researcher Dante Lauretta said at the time. The probe is currently orbiting the asteroid.

Since its arrival, the probe, built by the US company Lockheed Martin and equipped with five scientific instruments and cameras, has been studying the asteroid extensively. The best place for taking the sample was also spied out – a place in a crater in the northern hemisphere by Bennu, who was baptized with the name “Nightingale” (nightingale). Because “Osiris Rex” is currently around 290 million kilometers from Earth, NASA’s control signals need around 16 minutes to reach the probe.

The investigations gave the NASA scientists “remarkable opportunities to expand our knowledge of the behavior of active asteroids,” said Lauretta – and there were surprises: Bennu spits a few stone particles around seven millimeters into the atmosphere every day. Most move slowly and are drawn back in by its weak gravity. They probably did not pose a threat to “Osiris-Rex”, but would definitely be investigated further, according to NASA.

The actual highlight of the mission, the taking of the sample from the surface of Bennu, has been rehearsed twice by NASA in the past few months – successfully, as they say. The third time, “Osiris Rex” should approach Bennu within a few meters and then extend a kind of robot arm, the “Tagsam” (Touch-And-Go Sample Acquisition Mechanism). This robotic arm is supposed to touch the surface of the asteroid for about five seconds, expel pressurized nitrogen to stir up the surface, and then suck up a sample of about 60 to 2,000 grams before the entire probe moves away from Bennu.

Then you have to wait first: After the maneuver, “Osiris Rex” is supposed to head back towards Earth and in around three years’ time to deliver the capsule with the sample to the Blue Planet.

*The article has been translated based on the content of Source link by https://www.sn.at/panorama/wissen/besuch-bei-einem-asteroidennasa-sonde-will-probe-von-bennu-nehmen-94233964
. If there is any problem regarding the content, copyright, please leave a report below the article. We will try to process as quickly as possible to protect the rights of the author. Thank you very much!

These were the details of the news Visit to an asteroid: NASA probe wants to take a sample... for this day. We hope that we have succeeded by giving you the full details and information. To follow all our news, you can subscribe to the alerts system or to one of our different systems to provide you with all that is new.