“Children of the Moon” in Tunisia … the sun hurts them... 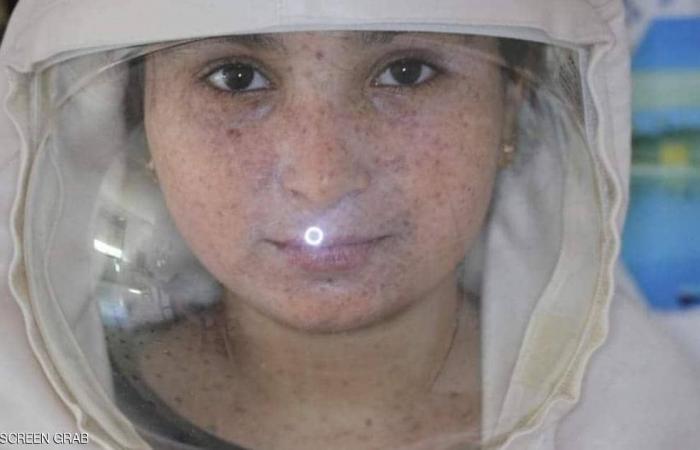 They are called “children of the moon”, and they are the carriers of one of the rare diseases in the world that doctors call “orphan disease”, which is a genetic disease that spreads in a number of countries The Arab Maghreb Japan and some countries in North and South America and Europe, and doctors say that consanguineous marriage is one of the most important reasons for it.

“Moon children” or patients with dry skin pigmentation syndrome suffer from excessive sensitivity to ultraviolet rays, whether from the sun or from certain types of lighting, and they are usually born healthy, but once exposed to the sun in the first months, unusual symptoms appear, such as redness Skin and inability to look at light.

And as you continue to be exposed to the sun, more serious signs appear, including white and brown pigmentation, which over time turn into Cancer In the skin, the disease may also develop rapidly spreading internal cancers in some cases.

Dr. Muhammad Al-Zaghal, a specialist in dermatology and photobiology, and head of the “Moon Children” aid association, says TunisiaAccording to “Sky News Arabia”, there are 8 varieties of this disease, the severity of which varies according to the type of pigmentation, the most dangerous of which is group “S”, whose patients are mainly found in the governorates of Sidi Bouzid, Kasserine and the direction of the coast, where marriages are common between relatives.

According to Zagl, the risk of disease increases with climate conditions, when exposure to sunlight appears and proliferates, while removing them causes a change in the patient’s shape.

The doctor affirms that there is no way to stop the development of the rare disease except by living in a place free from ultraviolet rays, and to protect its bearer by wearing protective clothing, masks and glasses, as well as using leather paints on the entire body.

The “moon children”, and their families behind them, strive to lead a normal life, where they study and work despite the difficult circumstances, which force them to go out to public places with special clothing and a protective mask Sun raysThey stay with them for life.

In Tunisia, although they are in the hundreds, the “children of the moon” have always raised eyebrows whenever they appear with their private masks in public.

The “Moon Children” aid association, which was founded on the initiative of a number of parents of these children and a number of doctors, strives to introduce the rare disease and the special situation of its carriers, so that they can get their own study sections that do not reach ultraviolet rays, with protective panels from these rays For home and car windows, while providing their own lighting.

In this regard, Zaghal says that the association’s goals are mainly medical, as they provide “children of the moon” with special clothing woven from 3 types of threads that do not allow the passage of light, which are washable 25 times, as well as special masks that cover the entire face with a front crystal equipped with a fan For cooling and charger.

These masks allow the wearer to roam outside in the sun’s rays, without being damaged, thanks to the protection they provide.

The association also provides free-of-charge “moon children” with sunscreen paints and dark tapes to coat the windows of their rooms directly exposed to the sun or their cars, and it works to equip classrooms in some schools where they learn with protective panels and special lights, to give them the opportunity to learn like other students.

Zaghal confirms that the carriers of the disease began to live a normal life as soon as the degrees of protection from the sun and light developed, until many people began to lead a normal life, and “some of them are preparing to obtain a doctorate.”

And the doctor continues: “In the recent past, moon children used to leave life at a young age, but with the development of protection methods, the living rates of disease carriers became close to normal in some cases.”

Zaghal revealed that Tunisia has won more than 14 awards in the field of caring for “moon children”, and has become a scientific reference in the field of research on disease and everything related to early diagnosis, genetic types and treatment.

However, the source did not conceal his pain that the state did not give the necessary effort to take care of these patients, considering that several gains in the health sector had diminished after the 2010 protests, especially in the field of the medical profession that does not tolerate interference with political interactions, as he put it, indicating the need for associations Medical facilities with special facilities.

Nadia Al-Jarbi (29 years), one of the sufferers of this rare disease, says that she has been working in the field of jewelry design for 8 years, and considers her workshop her own world, where she works and meets workers.

Nadia faces her rare disease and overcomes it with determination and optimism. She even reminds people of her stance about her and even bullying them when she goes out to the street with her mask. And facing people and carrying out their lives normally.

She explained to “Sky News Arabia”: “I hate darkness and love light a lot, contrary to what is rumored about children of the moon, and in my daily life I just protect the windows of the workshop with UV tape and live in the light, and I do not prevent myself from going outside where I go to the gym.” Theater and cinema, and I live my life in a normal way, taking care to protect the windows of my car and my home, and wearing a mask and special clothes when going out.

In the Menzel Bouzelfa area of ​​Nabeul Governorate, Nadia works hard to manufacture amber, silver and crystal jewelry under special lights. She devotes time to sports in protective clothing, and does not hesitate to follow the latest films and theater performances.

Nadia explains, “After the means of protection were available, it became life.” Moon children Easier, “she learns to play the piano and guitar, studies foreign languages, and dreams like other girls of a home and family.

Nadia also hopes to change people’s perceptions of the “moon children,” who have proven their ability to cope and succeed.

These were the details of the news “Children of the Moon” in Tunisia … the sun hurts them... for this day. We hope that we have succeeded by giving you the full details and information. To follow all our news, you can subscribe to the alerts system or to one of our different systems to provide you with all that is new.