United | Hopes for a pre-election stimulus package are fading 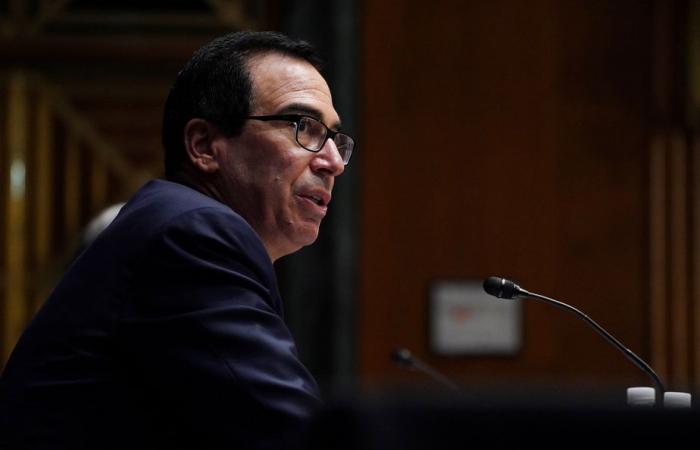 (Washington) Agreement on a new plan to support the US economy ahead of the November 3 presidential election seems increasingly unlikely, due to “very distant” positions between the Trump administration and the Democratic opposition.

“We are continuing to make progress on certain issues, (but) on certain subjects we remain very distant,” Steven Mnuchin, Treasury Secretary, said Wednesday at a virtual conference organized by the Milken Institute, without giving further details.

Mr. Mnuchin is negotiating on behalf of the federal government with Democratic Speaker of the House of Representatives Nancy Pelosi this plan deemed crucial to help households and small businesses affected by the COVID-19 pandemic.

According to the team of the elected Democrat, “one of the main disagreements remains the lack of understanding of the White House of the need for a national strategy for the tests (of COVID-19)”.

Nancy Pelosi “believes that we can reopen our economy and our schools quickly and safely, and scientists agree that we must have a testing program,” tweeted her spokesperson, Drew Hammill.

These statements weighed on the stock market, which was hoping for a deal: the Dow Jones, Wall Street’s flagship financial index, lost 0.51% around 1:29 p.m.

“Hope continues to fade on the adoption of a new recovery plan […] before the US presidential election, ”commented analysts at Wells Fargo in a note.

The bosses of major US banks warned Tuesday and Wednesday, when publishing their financial performance, that without a new growth support plan, the economic situation could quickly deteriorate.

“There are still 12 million people unemployed […], there are still a lot of small businesses that need help. It is important to have a new wave of aid, ”urged Jennifer Piepszakr, CFO of JPMorgan Chase, the leading US bank by assets.

“Going forward, the trajectory of economic recovery is unclear as the negative impact of COVID-19 continues and further budget support is uncertain,” Charlie Scharf warned , the CEO of Wells Fargo, a firm that grants at least one in five home loans in the United States.

The White House and its Republican allies have been trying since the end of July to reach an agreement with the Democrats, to no avail.

Surrounded by bad polls, the White House seemed, last week, to want to use all its weight to pull off a compromise.

The Trump administration had thus made an offer for an aid plan of 1.8 trillion dollars, up from the 1.5 trillion initially proposed. Democrats are camped on a package of measures valued at $ 2.2 trillion.

In addition to testing, the two sides are also tearing each other over the envelope that could be allocated to states, prompting the White House to call for targeted measures.

“There are money issues, there are also political issues,” Steven Mnuchin said on Wednesday.

The new economic support plan has become the issue of an electoral battle between Democrats and Republicans, three weeks from a particularly divisive election, each party fearing that the other will take the credit for an agreement.

Discussions continue despite everything. Nancy Pelosi and Steven Mnuchin thus discussed for an hour Wednesday morning.

“We had an in-depth discussion on several subjects,” assured the minister.

The tone was just as cordial on the side of Nancy Pelosi: “In response to the proposals sent this weekend, (Steven Mnuchin and Nancy Pelosi) spent time clarifying the terms (employees), which was productive,” explained the spokesperson for the elected Democrat, Drew Hammill, in a tweet.

They must speak to each other again Thursday, he said.

A new plan must follow a vast program of $ 2.2 trillion that was adopted at the end of March, before being extended by $ 500 billion in April.

These were the details of the news United | Hopes for a pre-election stimulus package are fading for this day. We hope that we have succeeded by giving you the full details and information. To follow all our news, you can subscribe to the alerts system or to one of our different systems to provide you with all that is new.