Corinthians beat Athletico-PR in the debut of Vagner Mancini 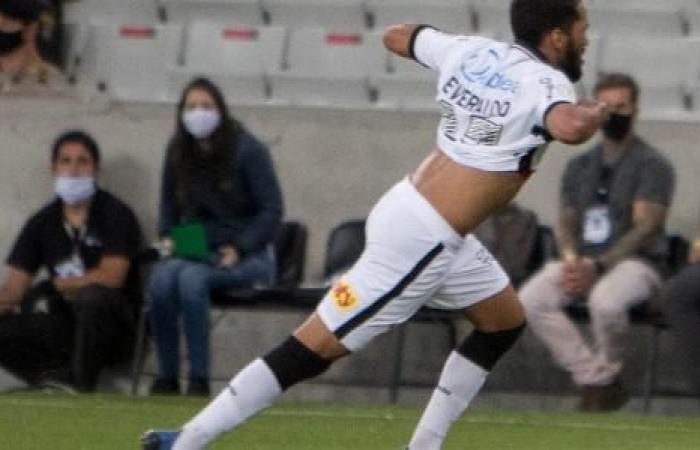 The game between Athletico Paranaense and Corinthians, tonight (14), put pressure on both teams, at the bottom of the Brazilian Championship table. And the uncomfortable situation is even worse now for the club from Paraná, which did not take advantage of the expulsion of Bruno Méndez in the second half and lost 1-0 at Arena da Baixada. Everaldo was the scorer of the winning goal in the debut of Vagner Mancini in Timão, in a counterattack in the extra time.

With the result, Alvinegro breathes a little. The team reaches 18 points and leaves the relegation zone, taking 14th place. Athletico-PR is stationed at 15 points and joins Z4 for good. The team is in 18th position.

Corinthians is now preparing to face Flamengo next Sunday (18th), for the 17th round of the Brasileirão. The match will take place at Neo Química Arena, at 16h. A day earlier, on Saturday (17), Hurricane travels to face Atlético-GO. The match is scheduled for 19h.

Walter replaces Cássio, sent off last weekend in the match against Ceará. It was only the goalkeeper’s second official match of the year – the other was in February, against Santo André – and he was decisive. In the first half, he spread out a shot from Geuvânio safely and made a good save in Christian’s shot. In the final stage, the performance was practically perfect. He held his rival in several Hurricane balls, especially in a shot by Renato Kayzer face to face.

The Corinthians defender who was next to Gil this evening hurt the team with a youth move in the final part of the game, in the 30th minute. Bruno Méndez fell under the provocation of Renato Kayzer, left his arm and was expelled after recommendation by the VAR. Savio Pereira Sampaio went to the monitor and understood that he should give the Corinthians a red. The Hurricane striker came out of the mess yellowed.

Jô does not participate, feels and leaves

Great hope of the Corinthians attack, Jô hardly participated in the match at Arena da Baixada. But it was not just the attacker’s fault, since the ball came very little to him. At the beginning of the second half, shirt 77 felt pain in his leg and had to leave the pitch. Boselli took his place.

Escalated with three defensive midfielders and a more closed team, Corinthians controlled the opponent’s offensive action, but presented difficulty in the creation. Ramiro and Mateus Vital, each open on one side, were the main options of a slow team in the first half, who crossed balls (unsuccessfully) in the area for Jô. The situation improved a little with the entries of Cazares and Camacho, in the second part of the duel, only that the wrong passes in series hindered the paulistas.

Athletico tightens, but sins in submission

After a bad first half, Athletico improved substantially after the break. And much is due to the option of Ravanelli in place of Léo Cittadini, who gave more dynamism to the midfield and glued to table with Geuvânio. Things could have been easier if the team was a little more careful in finishing.

First in the game to receive a yellow card, Erick was hung up and will not represent the Hurricane against Atlético-GO. Repeating the rival, Ramiro won the first yellow by the visiting team and also became embezzlement. The third card prevents him from facing Flamengo.

Corinthians was pushed in the second half and saw the situation worsen when Bruno Méndez was sent off in the 30th minute. On the last move, however, the unlikely victory came. Everaldo was launching and touched on the goalkeeper’s exit, at 50 minutes, to open the scoreboard.

These were the details of the news Corinthians beat Athletico-PR in the debut of Vagner Mancini for this day. We hope that we have succeeded by giving you the full details and information. To follow all our news, you can subscribe to the alerts system or to one of our different systems to provide you with all that is new.